Everywhere people are working to keep their cultural identities alive against the brutal but seductive assault of ‘modernismo.’

LA PAZ, Bolivia — In this post-postmodern/hyper-hyper-technological age we share, one psychological theme of note is the search for identity. It has become a universal pursuit for, as Edward Said has written, no one — but no one — escapes the multifarious tentacles of globalization with its feelers reaching toward the whole of the world.

The fracturing of the land-based communities that sculpted our human sense of social and psychic assumption during several million years of evolution is the very hallmark of expanding empires. A result is that few of us live in the original place of our ancestors, fewer still practice or even remember traditional ways, and native languages are dying out at a tragic clip.

And yet, the human spirit being what it is, everywhere people are working to keep their cultural identities alive against the brutal but seductive assault of what folks here in Bolivia call modernismo, a soft term for corporate globalism’s singularity of economy, industry, technology, language, and “culture.”

This effort blossoms not only in personal explorations beginning with the question “Who Am I?” but also in collective endeavors such as a pervasive renaissance of artisanal method, place-based celebration/ceremony, and enthusiasm for time-honored knowledge; re-valuing of ancestral languages and story-telling, mass protest against the fallacies of corporate capitalism, as well as projects for alternative economic techniques like micro-loans, local currencies, farmer´s markets, fair trade, and Slow Money; and regional secession/sovereignty movements. 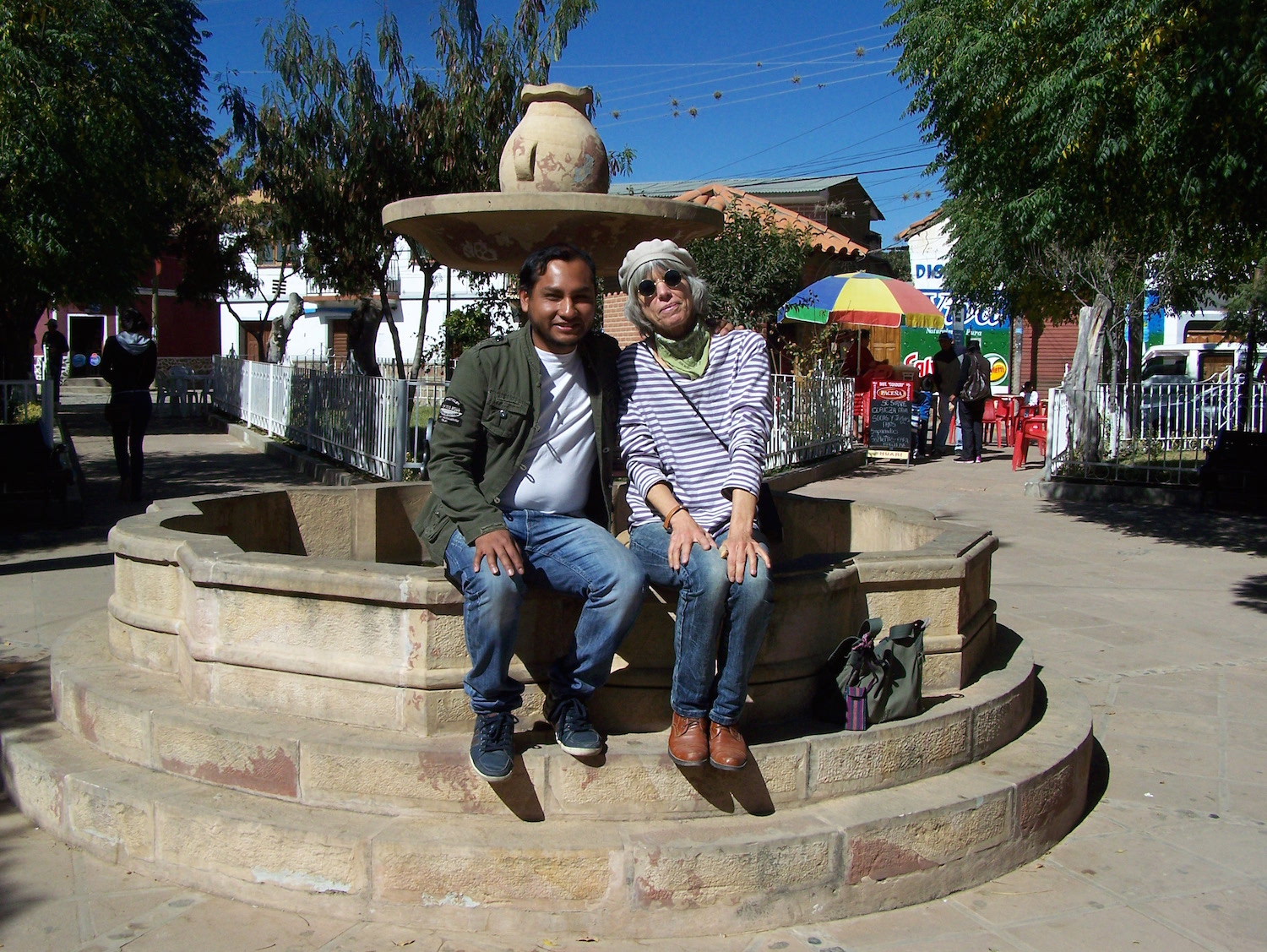 Into this historical context arrives a precious 13-minute film about one Bolivian man´s search for roots in the campesino community in which he grew up. The lyricism of “Mirando el espejo” — in English, ”Looking in the Mirror” — comes as no surprise; its 29-year-old creator Omar Alarcón Poquechoque is one of the writers of Bolivia´s burgeoning poetry resurgence. His El corazón entrega sus muertos was published in 2007 by Editorial Pasanaku.

Omar is also licensed as a mental health professional and has worked both at the Instituto Nacional de Psiquiatria Gregorio Pacheco and in an alternative children´s learning center called la Fundación Sol en Casa. As a result he carries sympathy for the extremes of human suffering and of human purity. This range reappears in the film as he expresses both his essential disorientation in the modern world and his remembrance of the melodies of freedom that his original community represents for him.

“Mirando el espejo” won the city of Sucre´s Premio Juana Azurduy for best short film in 2015. Shot in black-and-white, it is a visual poem reflecting a lyrical sensibility for you to marvel at — encouraging you to reflect on your own sense of roots, history, and identity.

[Chellis Glendinning is a psychologist specializing in recuperation from trauma and the author of seven books, including the award-winning Off the Map: An Expedition into Empire and the Global Economy. She lives in Bolivia. www.chellisglendinning.org.]