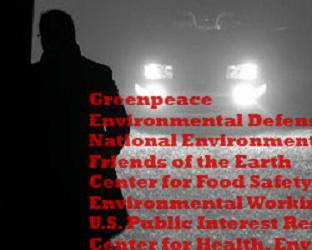 Meet the private security firm that spied on Greenpeace and other environmental outfits for corporate clients. A tale of intrigue, infiltration, and dumpster-diving.
By James Ridgeway / April 11, 2008

In addition to focusing on environmentalists, the firm, Beckett Brown International (later called S2i), provided a range of services to a host of clients. According to its billing records, BBI engaged in “intelligence collection” for Allied Waste; it conducted background checks and performed due diligence for the Carlyle Group, the Washington-based investment firm; it provided “protective services” for the National Rifle Association; it handled “crisis management” for the Gallo wine company and for Pirelli; it made sure that the Louis Dreyfus Group, the commodities firm, was not being bugged; it engaged in “information collection” for Wal-Mart; it conducted background checks for Patricia Duff, a Democratic Party fundraiser then involved in a divorce with billionaire Ronald Perelman; and for Mary Kay, BBI mounted “surveillance,” and vetted Gayle Gaston, a top executive at the cosmetics company (and mother of actress Robin Wright Penn), retaining an expert to conduct a psychological assessment of her. Also listed as clients in BBI records: Halliburton and Monsanto.

BBI, which was headquartered in Easton, Maryland, on the eastern shore of the Chesapeake Bay, worked extensively, according to billing records, for public-relations companies, including Ketchum, Nichols-Dezenhall Communications, and Mongoven, Biscoe & Duchin. At the time, these PR outfits were servicing corporate clients fighting environmental organizations opposed to their products or actions. Ketchum, for example, was working for Dow Chemical and Kraft Foods; Nichols-Dezenhall, according to BBI records, was working with Condea Vista, a chemical manufacturing firm that in 1994 leaked up to 47 million pounds of ethylene dichloride, a suspected carcinogen, into the Calcasieu River in Louisiana.

Like other firms specializing in snooping, Beckett Brown turned to garbage swiping as a key tactic. BBI officials and contractors routinely conducted what the firm referred to as “D-line” operations, in which its operatives would seek access to the trash of a target, with the hope of finding useful documents. One midnight raid targeted Greenpeace. One BBI document lists the addresses of several other environmental groups as “possible sites” for operations: the National Environmental Trust, the Center for Food Safety, Environmental Media Services, the Environmental Working Group, the U.S. Public Interest Research Group, and the Center for Health, Environment and Justice, an organization run by Lois Gibbs, famous for exposing the toxic dangers of New York’s Love Canal. For its rubbish-rifling operations, BBI employed a police officer in the District of Columbia and a former member of the Maryland state police.

Beckett Brown’s efforts to penetrate environmental groups and other targets came to an end when the business essentially dissolved in 2001 amid infighting between the principals. But the firm’s officials went on to work in other security firms that remain active today.

Beckett Brown International began when John C. Dodd III met Richard Beckett at a bar in Easton in 1994. Dodd had recently become a millionaire after his father had sold an Anheuser-Busch beer distributorship on Maryland’s eastern shore. Beckett ran a local executive recruiting and consulting business. Soon after they met, according to Dodd, Beckett introduced him to Paul Rakowski, a recently retired Secret Service agent, who had put in two decades protecting presidents and foreign heads of state and had become regional manager of the agency’s financial crimes division. Rakowski told Dodd he had an idea for a new security business.

Dodd subsequently received a fax of a business plan for the new company. The sender’s address at the top of the fax, according to Dodd, read: “11/02/94 USSS Financial Crimes Division/Forgery”—which suggested it had come from a Secret Service office. But Dodd was reluctant to put in the start-up money for the enterprise, because he didn’t know who all the partners were. To impress him, Dodd says, Rakowski and his former Secret Service colleagues began taking him and his friends on special tours of the White House. “This wasn’t a White House tour conducted by tour guides,” he says. “They would take us…to areas that said ‘Do not pass this line.'”

At one point, Dodd says, a senior Secret Service agent named Joseph Masonis arranged for him to tour a Secret Service facility. “To encourage me to invest in this company,” Dodd notes, “they all said ‘why not go up to technical security headquarters [of the Secret Service] and you will get an exclusive tour.’…They showed me everything….They were worried about someone flying way up high in a plane, miles from the White House, jumping out of a plane, skydiving, popping the chute and getting on the White House grounds without anybody knowing it. They were working on the technology to pick that up.” Dodd says he was blown away by what he saw. (Masonis says, “I have never taken Mr. Dodd to any facility in D.C.”) And at a waterfront party, Dodd says, he was introduced to and deeply impressed by George Ferris, another Secret Service officer and an expert in demolitions.

Read all of it here. Includes supporting documents. / Mother Jones

This entry was posted in RagBlog and tagged Civil Liberties, Environment, Espionage, Privacy. Bookmark the permalink.