David may have been ahead of his time, but he was late to pick up Muriel Lester. 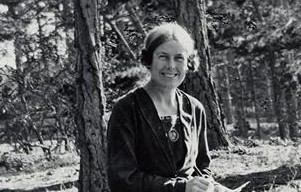 NEW YORK — This past Friday I went up to a Unitarian Church here in Manhattan to take part in a series of interviews for a film project of the Fellowship of Reconciliation, which is about to celebrate its 100th anniversary. Virginia Baron had been there just before me, and Leslie Cagan was arriving as I left. The chances are good I may have been, at 84, the oldest of those interviewed.

On the way up I had thought of a story involving the late Muriel Lester, but as I got to the church her name had escaped my mind. I realized, as I sat waiting while the lights were adjusted, that none of those working the cameras would have the slightest idea of whom I might be thinking. They were all young, and Muriel was long dead. (She has an all-too-brief entry in Wikipedia and Richard Deats, whose health has recently not been good, edited a book about Muriel several years ago).

Such is the fate of the living fossil — unless we are among those of our own age, our observations are bounded by time. 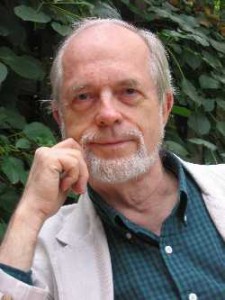 Such is the fate of the living fossil — unless we are among those of our own age, our observations are bounded by time. Not long ago I was talking to a well-informed youth who had never heard of the great actor Zero Mostel, and when I probed further, learned he had never heard of Norman Thomas. I felt that left us fairly even, as I always forget to carry my cell phone, and have no idea how to text.

But let me not be misled from the story which I did, before the filming began, remember.

Decades ago, when I was very young, living in Los Angeles, and only recently active in the Fellowship of Reconciliation, the regional secretary, Glenn Smiley, had taken me on as a very part-time secretary with the specific task of picking up Muriel Lester at the airport and getting her to her speaking dates.

A word on Muriel, who was very upper-U, as the English might say, and who ran a house of charity on London’s East End, among the poor. Muriel was an active and radical pacifist, had gone to India to join Gandhi on one of his walks to reach out to the untouchables, and Gandhi had made a point, on his visit to London, of staying at Muriel Lester’s place in the East End (where great crowds of people greeted him). Muriel was also, of course, a strong supporter of the Labour Party back in the days when the British Labour Party stood for something.

So I wanted to do my best when Miss Lester arrived. I had heard that she had a particular fondness for chocolate ice cream sodas but given the fact she lived in comparative poverty, rarely had one.

On the way from the airport to where she was staying, I asked if she might want to stop on for a chocolate ice cream soda. Muriel politely demurred. The next morning she was due to give the Sunday sermon in Pomona, which is a bit of a distance from where I lived, in a shack (it was in fact a genuine shack) in Ocean Park.

I woke late (par for the course), and drove like mad to pick up Muriel (getting a ticket along the way). I continued to speed, facing the relentless reality that we might, with luck, reach our destination only in the nick of time. With us in the car was an elderly friend of Muriel’s, a very proper lady, who at one point said “Do be careful — you are going much too fast — remember this is Muriel Lester you are driving,” to which Muriel replied, “Oh do go on, I love it, no one ever drives me very fast.”

We got to the church just as the pastor, having given up on his guest speaker, had done what all pastors do — dipped into his “sermon barrel” for remarks prepared for emergencies. We had made it, but just barely.

Having come so close to failure on my first important assignment, I was determined to get Muriel to the church on time.

Having come so close to failure on my first important assignment, I was determined to get Muriel to the church on time for the evening event, which I had thought was at 8 p.m. I picked her up and we drove at a more deliberate speed, getting to the church at 7:30, way ahead of time. Viewing the parking lot, which was full, I thought this meant there would be a really good turnout by 8.

But no, the service had started at 7. I was half an hour late and the pastor had had to start without Muriel, though he hastily introduced her when she arrived (she had just returned from China, being one of the first Western visitors to that revolutionary country).

I was in absolute despair, pacing back and forth in the lobby, realizing my career in the pacifist movement was doomed, having managed to screw up my first important assignment.

The service ended. Muriel Lester came out and, on seeing me so clearly distraught, said: “I say, David, would you like a chocolate ice cream soda?”

Read more articles by David McReynolds on The Rag Blog.

[David McReynolds was on the staff of War Resisters League for 39 years and was the Socialist Party’s presidential candidate in 1980 and 2000. He and the late Barbara Deming were the subjects of Martin Duberman’s dual biography, The Radical Lives of Barbara Deming and David McReynolds. David is retired, and lives on Manhattan’s Lower East Side with his two cats.]

1 Response to David McReynolds :
On becoming a living fossil