Denial and the Oil Crisis

When you are living inside a failing empire, of course there is going to be massive denial. The last thing to go will probably be the satisfied consumerist imagery that is the stock in trade of TV commercials.

Kunstler isn’t a leftie; he’s more of a social critic of an increasingly dysfunctional society. 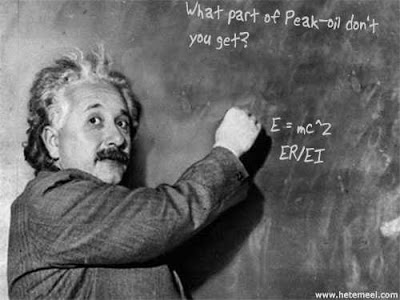 A friend asked me how come the public apparently grasps the reality of climate change but can’t seem to wrap its collective brain around the unfolding oil crisis.

I’m not convinced that the public does grasp climate change. It’s perceived, perhaps, as a background story to daily life, which goes on regardless. Are you even sure Hollywood didn’t invent it — and maybe some boob at Time Magazine is selling it as though it were really happening?

Few have anything to gain by espousing denial of climate change. It’s hard for most people to tell if they have been affected by it. It doesn’t quite seem real. Those who actually make gestures in the face of it –- screwing in compact fluorescent lightbulbs, buying Prius cars — end up appearing ridiculous, like an old granny telling you to fetch your raincoat and rubbers because a force five hurricane is organizing iself offshore, beyond the horizon.

The public appears aggressively clueless about the peak oil story. They do not accept any threats to the motoring regime. The news media is surely not helping sort things out. I saw a remarkable display of ignorance on CNN last week when the new resident idiot-maniac Glenn Beck hosted Teamster Union boss James Hoffa and they agreed that the oil companies were to blame for high fuel prices. To put it as plainly as possible, Beck doesn’t know what the fuck he’s talking about, and it’s disgraceful that CNN gives free reign to this moron to misinform the public. It’s perhaps equally amazing that Hoffa doesn’t know we have entered a permanent global oil crisis based on demand having outrun supply. These two idiots think that if Exxon-Mobil built a new refinery down in Louisiana, everything would be fine, diesel fuel would go back down to 99 cents a gallon, and it would be Christmas every morning.

This has been a pretty remarkable month, actually, with all the problems of “The Long Emergency” accelerating impressively. Oil is now testing the $120 mark, the airline industry is imploding (largely over fuel costs), the housing scene has reached a degree of collapse unseen since the 1930s, food shortages have strayed out of the Third World and begun to affect Japan and the USA, bats are dying of a mysterious disease in the Northeast, and the Arctic sea ice is shrinking away to nothing.

We’re in a strange collective psychic bubble. We’d like to forget about all these troubling rumors of hardship and bad weather and just get on with the daily task of making a living and paying for stuff and enjoying our customary entertainments. The comforting ceremonies of everyday life seem to continue. The freeways are still full of cars. Nancy Grace comes on TV dependably at 8 p.m. and is there deploring the latest pervert arrest. The baseball season has ramped up and the teams are criss-crossing the nation in their chartered airplanes. The stock market is actually going up — what’s wrong with that?

But there’s an equally eerie vibe out there that things are seriously out-of-whack. We’re on the edge of something. We’re at the entrance of a dark passage where some of the ceremonies of daily life meet resistance. You go to the WalMart and five of your six credit cards are refused. Uh oh. It begins to dawn on you that you’re spending a quarter of your take-home pay filling up the gas-tank every week. There’s no dial tone when you pick up the telephone. How could all the supermarkets in town be out of rice? The local hospital just declared bankruptcy. The neighbors down the street auctioned off all their furniture in the driveway last week. Why does the cat pick up so many ticks these days?

Events are not through with us this year. They’ll keep moving where they will whether we believe in them or not. I’m hardly even convinced that it matters who wins the presidential race this year. It could end up being the world’s biggest booby prize.