Deployed U.S. Troops Donate to Obama by Six to One Margin 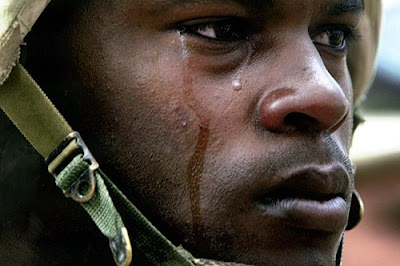 ‘Tremendous shift from 2000, when the military vote leaned heavily towards the Republicans’
By Luke Rosiak / August 14, 2008

During World War II, soldiers crouching in foxholes penned letters assuring their sweethearts that they’d be home soon. Now, between firefights in the Iraqi desert, some infantrymen have been sending a different kind of mail stateside: two or three hundred dollars — or whatever they can spare — towards a presidential election that could very well determine just how soon they come home.

According to an analysis of campaign contributions by the nonpartisan Center for Responsive Politics, Democrat Barack Obama has received nearly six times as much money from troops deployed overseas at the time of their contributions than has Republican John McCain, and the fiercely anti-war Ron Paul, though he suspended his campaign for the Republican nomination months ago, has received more than four times McCain’s haul.

Despite McCain’s status as a decorated veteran and a historically Republican bent among the military, members of the armed services overall — whether stationed overseas or at home — are also favoring Obama with their campaign contributions in 2008, by a $55,000 margin. Although 59 percent of federal contributions by military personnel has gone to Republicans this cycle, of money from the military to the presumed presidential nominees, 57 percent has gone to Obama.

With the latest campaign finance filings, detailing June fundraising, McCain has overtaken Paul among all military donors, though Paul still leads with contributors listing an overseas address. Financial support from military personnel for anti-war candidates Obama and Paul is a trend that the Center for Responsive Politics first observed last September.

Individuals in the Air Force, Army, Navy and Marine Corps have all leaned Republican this cycle, but the only branch in which that ideology has carried over to the presidential race is the Marine Corps, where McCain leads Obama by about $4,000. In each of the other branches — including the Navy, in which McCain served when he was taken prisoner during the Vietnam War — Obama leads by significant margins.

“That’s shocking. The academic debate is between some who say that junior enlisted ranks lean slightly Republican and some who say it’s about equal, but no one would point to six-to-one” in Democrats’ favor, said Aaron Belkin, a professor of political science at the University of California who studies the military. “That represents a tremendous shift from 2000, when the military vote almost certainly was decisive in Florida and elsewhere, and leaned heavily towards the Republicans.”

In 2000, Republican George W. Bush outraised Democrat Al Gore among military personnel almost 2 to 1. In 2004, with the Iraq war underway, John Kerry closed the gap with President Bush, but Bush still raised $1.50 from the military for every $1 his Democratic opponent collected.

A former West Point professor, Jason Dempsey, noted that the small set of contributions from deployed troops at this point in 2008 — just 323 donations — should not be extrapolated to form conclusions about military personnel overall. “If, on a bad day, a guy gets that letter that says [his tour has been extended] from 12 to 15 months, that could spur a quick donation and expression of anger,” he said. “Donating helps members of the military express their political views privately.”

Seeing political activity of any sort among soldiers is notable, Dempsey added. “It’s hard to describe how apolitical a lot of the enlisted ranks are. He’s worried about other things than following the news.”

Obama, who opposed the war in Iraq but was not in the Senate when it was authorized, has said that as president, he would withdraw most troops from Iraq within about 16 months. McCain, the ranking Republican on the Senate Armed Services Committee and a staunch proponent of the Iraq war, has resisted setting a timeline for withdrawal.

CRP’s totals based on employer are limited to donors contributing more than $200, since information is not provided to the Federal Election Commission for smaller contributions. So these figures are likely to disproportionately represent the mood of officers, who have more disposable income to spend on politics than do the lower ranks. But because young people tend to be more liberal than their elders, the total dollar figures could lean even more in Obama’s favor.

“One possibly mundane explanation (for the tilt in contributions from deployed soldiers) is that the Obama campaign has just been so much savvier with web-based donors. It may be a logistical question,” Belkin pointed out.

Army Specialist Jay Navas contributed $250 while deployed in Iraq, but it wasn’t over the Internet. “It took some effort to get that check. I had my mom send me my checkbook and I walked to the post office in Camp Liberty in Baghdad with an envelope addressed to Barack Obama in Chicago, Illinois,” he said. “He was right on Iraq long when others were jumping into the sea like lemmings, and that’s hard to do. We’re soldiers and we respect courage.”

Only the Coast Guard prefers Democrats across the board, with 78 percent of employees’ total federal contributions going to members of that party, and Obama beating McCain $7,795 to $250. Navas anecdotally confirmed that soldiers are often conservative but that many are making an exception in the presidential race. “Most of my friends are conservative Republicans and they say, ‘I’m voting for Barack.’ McCain does not have a lock on the military vote, that’s for sure,” he said. “We’ll complete our duty — I’m deploying next year — because it’s a commitment I made to the nation, not to a president. But we all know that Iraq was a big mistake.”

The decisions of the U.S. government affect Navas more than most Americans, he said.

“What happens politically in America affects us immediately,” he said. “As soon as the surge was ordered, my tour was extended, just by a pronouncement from the president. For very few Americans can the president say something and your lives are changed.”

Based on contributions made during the 2008 election cycle through June 31, 2008.