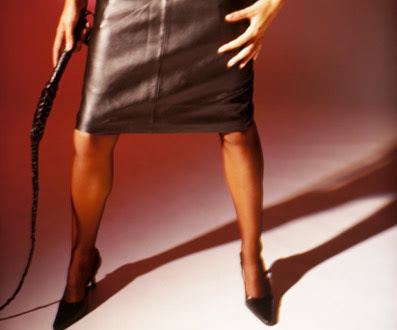 As the economy takes a spanking, many women are turning to freelance fetish work to supplement their incomes.

“I’ve seen it before,” says Linda, “during the tech bust in 2002. Women who thought they would always make a decent living in the tech sector lost their jobs.” They came looking to Linda’s industry for freelance work, and now it’s happening again: professional women whose cubicle-bound careers have been downsized are entering Linda’s corner of the “gig economy”—a corner that involves whips, ropes, and occasionally, nipple clamps.

With staff jobs evaporating and former nine-to-fivers cobbling together incomes through scattered side projects, freelancing as a dominatrix—or “pro-domme,” as industry types prefer to call it—has become a plausible gig option. As a former call girl, I know plenty of people in the industry, and I recently spoke to several who have started doing kink work to supplement their incomes. (I’ve changed their names to protect their privacy.) They agree: The sector is poised for expansion as more unemployed and underemployed women begin looking for extra cash.

Linda began working in a dungeon when she was a student. Now she works a regular day job, picking up occasional domination gigs at night to supplement her income as an editor. Throughout her time in the industry, she’s seen “regular” jobs and kink jobs happily coexist—even complement each other. She knows women who were self-employed pro-dommes before the tech boom began. Then, she says, “during the boom, they got tech jobs.” And after the bubble burst, they brought their skills back to the kink industry and built new websites for themselves with the updated skills they’d acquired.

Many freelance dommes prefer to work a regular shift in a commercial dungeon with equipment and advertising provided by management. They do much of what you’d expect, specializing in bondage, verbal humiliation, spanking or paddling, whipping, and genital torture. Some aspects of domme work—nipple-clamping a customer, wearing a strap-on dildo, allowing a man to worship your feet—are familiar to traditional call girls, but the more rigorous assignments could make some prostitutes faint. Still, working a shift at a dungeon can provide a more similar structure to regular work, which adds a level of comfort for those just doing it as a side gig. The busy night shift works well for women with regular day jobs, but some women prefer the early shift—neighbors, relatives, husbands, and children are less likely to wonder what you’re up to while the sun is out.

The money’s not bad, either. Jessica, a pro-domme in her late twenties, apprenticed at a dungeon before striking out on her own. In Manhattan dungeons, she says, the typical cut on a $200 session is 60-40 in the dungeon’s favor. To people who make their entire living in the sex industry—professional escorts who get $500 an hour, for instance—such rates can seem abusive. But freelancers see it differently. “If you’re making $8 an hour at your day job, $80 is awesome,” says Jessica. “There’s no shortage of women willing to work at those rates.”

Jessica recently got a new day job working for a website designer three days a week, leaving her time to see a few regular fetishists. Like other freelancers, she’s responsible for her own health insurance. Does she want a full-time tech job with benefits? “In this economy? Forget it,” she says. “I didn’t really try to get a full-time job.” She embraces her role in the gig economy—one gig, her tech job, enhances her resume, while her fetish work makes life in New York affordable. What’s more, her part-time tech work makes her a legitimate freelancer, which comes with perks. “I joined the Freelancers Union for medical insurance,” she says, an option she wouldn’t have had if working exclusively as a domme.

Freelance kink work is a more viable option for women today than ever before. Over the past two decades, kink has gone thoroughly mainstream, infiltrating everything from liquor ads to sitcom scenarios to school-supported student groups. And while a prostitution arrest is still a serious worry, legit dungeons operate legally and openly—The New York Post recently reported on pro-domme efforts to form a union and a political action committee.

And at $200 an hour, a piquant visit to a Manhattan dungeon for a spanking administered by a good-looking girl with a liberal arts degree is easier on a guy’s wallet than the “girlfriend experience” offered by many an Internet courtesan. If a pro-domme permits him to “satisfy himself,” the end result may be similar enough to what he would get from an escort—and less expensive. Men who pay for kink aren’t all diehard fetishists or submissives—a spanking isn’t essential to their personal happiness. It may be an occasional side thrill. Clients are middle-management types, small-business owners, dentists, young lawyers, even a few single males who see themselves as casualties of the gig economy. A fence-sitter—flirting with, not truly committed to kink—might discover that the antidote to a recession resides in the nearest S&M parlor.

He might also be surprised to learn that the woman whose toes he’s sucking isn’t much kinkier than he is. Because many of these freelance pro-dommes are just supplementing their incomes and don’t plan on staying in sex work forever, they may not be as erotically hardcore in their outside lives. “I wasn’t really that interested” in S&M, says Chloe. “I got involved because it was easy money. The strap-on? I’m OK with it, but it’s not really a personal interest of mine.”

Chloe is a middle-income student about to graduate from the School of Visual Arts. Her dungeon activities pay for school supplies, shoes, laptop equipment, Metro cards, and food. She’s even used freelance kink work to allow her to take an unpaid internship—something you can’t necessarily do if you’re not bankrolled by your parents. In this way, S&M promotes social mobility. Chloe says her mother “would probably cry” and be “very upset” about her fetish gigs, but I suspect some parents would be secretly proud of a daughter resourceful enough to hack the increasingly rigid class system that permeates New York life.

Lyla, for instance, has worked the fetish party circuit as a popular foot model and pro-domme, always “staying within the bounds of what was legal.” She is understandably proud to have “a very particular foot with a high arch.” On a good night, she might bring in $1,000—“you get to keep it all, and it’s completely legal,” she adds, citing a celebrated 1994 decision (New York v. Georgia A.) concerning the definition of “sexual conduct,” a key element of prostitution law.

That court decision has been a blessing and, perhaps, a curse—contributing to an oversupply of talent. Not every pro-domme earns as much as Lyla does because, she says, “dungeon managers take advantage of the social stigma around our work.” Some domination houses pocket a pro-domme’s tips, while others impose wacky fines. Although the work itself is legal, people—especially freelancers—are reluctant to challenge these practices through official channels.

So has kink lost its glamour? Is it just a bunch of office drones slipping it into their schedules of consulting gigs and child rearing? Actually, kink was never as glam as people imagined it to be. Trust me, I know: Even if you’re bossing your client around in a pair of thigh-high boots, you’re still working in a service industry. And after an hour, your feet hurt.

[Tracy Quan’s latest novel is Diary of a Jetsetting Call Girl, set in Provence and praised in The Nation as a “deft account of occupational rigors and anxieties before the crash.” She is the author of the bestsellers Diary of a Manhattan Call Girl and Diary of a Married Call Girl and is a columnist for The Guardian.]

This entry was posted in RagBlog and tagged Economic Crisis, Sexuality, Unemployment, Women. Bookmark the permalink.