Gerry Bello, Bob Fitrakis, and Harvey Wasserman : Do the Romneys Own Your E-Vote? 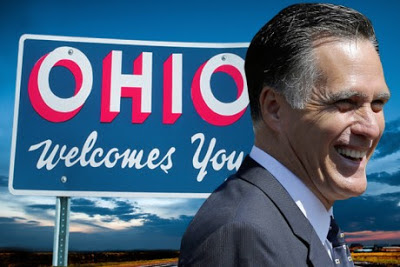 Photo by Brian Snyder / Reuters / Salon.
Does the Romney family
now own your e-vote?

A candidate for the presidency of the United States — and his brother, wife, and son — have a straight-line financial interest in the voting machines that could decide this fall’s election.

See Thorne Dreyer’s interview with journalist Harvey Wasserman and author Tova Andrea Wang about voter suppression and election theft, and listen to the podcast of the October 5 Rag Radio show with Wasserman and Wang.

Will you cast your vote this fall on a faulty electronic machine that’s partly owned by the Romney Family? Will that machine decide whether Romney will then inherit the White House?

Through a closely held equity fund called Solamere, Mitt Romney and his wife, son, and brother are major investors in an investment firm called H.I.G. Capital. H.I.G. in turn holds a majority share and three out of five board members in Hart Intercivic, a company that owns the notoriously faulty electronic voting machines that will count the ballots in swing state Ohio November 7. Hart machines will also be used elsewhere in the United States.

In other words, a candidate for the presidency of the United States — and his brother, wife, and son — have a straight-line financial interest in the voting machines that could decide this fall’s election. These machines cannot be monitored by the public. But they will help decide who “owns” the White House.

They are especially crucial in Ohio, without which no Republican candidate has ever won the White House. In 2004, in the dead of election night, an electronic swing of more than 300,000 votes switched Ohio from the John Kerry column to George W. Bush, giving him a second term.

A virtual statistical impossibility, the 6-plus percent shift occurred between 12:20 and 2 a.m. election night as votes were being tallied by a GOP-controlled information technology firm on servers in a basement in Chattanooga, Tennessee. In defiance of a federal injunction, 56 of Ohio’s 88 counties destroyed all election records, making a recount impossible. Ohio’s governor and secretary of state in 2004 were both Republicans, as are the governors and secretaries of state in nine key swing states this year.

As we have previously reported, H.I.G. Capital has on its board of directors at least three close associates of the Romney family. H.I.G. Capital directors John P. Bolduk and Douglas Berman are major Romney fundraisers. So is former Bain and H.I.G. manager Brian Shortsleeve. H.I.G. employees have contributed at least $338,000 to Romney’s campaign. Fully a third of H.I.G.’s leadership previously worked at Romney’s old Bain firm.

But new research now shows that the association doesn’t stop with mere friendship and business associations. Mitt Romney, his wife Ann Romney, and their son Tagg Romney are also invested in H.I.G. Capital, as is Mitt’s brother G. Scott Romney.

The investment comes in part through the privately held family equity firm called Solamere, which bears the name of the posh Utah ski community where the Romney family retreats to slide down the slopes.

As reported by Lee Fang of The Nation, Solamere was founded by Tagg Romney and Spencer Zwick, Papa Romney’s campaign finance chair. Ann Romney and Mitt’s brother G. Scott Romney are also invested. Mitt himself threw in $10 million “seed money” to get the fund going, and spoke personally to its first full investors conference.

Solamere’s public web presence has been reduced to a front page only, so a complete list of it’s partners can not be found. But reportage by The New York Times, Boston Globe, Esquire, and The Nation have slowly given us a partial picture of which funds are being funded by Solamere. Some $232 million has been raised so far, according to SEC filings and industry publications.

In addition to Romney’s finance chair Spencer Zwick, Solamere has also provided the campaign with its finance director, Richard Morley, and a western regional finance coordinator, Kaitlin O’Reilly. O’Reilly is listed as an executive assistant at Solamere, and also at SJZ LLC, which was founded by her boss Spencer Zwick.

The SJZ LLC campaign finance consulting firm has billed Mitt’s campaign over $2 million this election cycle as well as doing another $9,687,582 in billing to various Congressional Campaigns. The host of the private fundraiser at which Romney made his infamous “47%” speech was Marc J. Leder, co-CEO of Sun Capital, another “partner” of the Solamere fund.

As in virtually every close presidential race, Ohio may well hold the key to the Electoral College decision as to who will become the nation’s next chief executive. The presence of Hart Intercivic machines in Hamilton County, home to Cincinnati, means there is a high likelihood the votes that will decide the presidency will be cast on them. Major media like CBS have begun reporting that Cincinnati could be “ground zero” in this year’s election.

But these Hart machines are deeply flawed and widely know to be open to a troubling variety of attacks and breakdowns. There is no legal or other means to definitively monitor and re-check a tally compiled on Hart or other electronic voting machines. Ohio’s current governor and secretary of state are both Republicans.

Does this mean the Romney investment in Hart Intercivic through H.I.G. Capital and Solamere will yield it not only financial profits but the White House itself?

Tune in during the deep night of November 7, when the electronic votes in swing state Ohio are once again opaquely reported to the nation and the world, without meaningful public scrutiny or legal recourse.

[Gerry Bello is chief researcher for Free Press. Bob Fitrakis and Harvey Wasserman are co-authors of five books on election protection, including Will the GOP Steal America’s 2012 Election?, an e-book at freepress.org. Read more of Harvey Wasserman and Bob Fitrakis’ writing on The Rag Blog.]

1 Response to Gerry Bello, Bob Fitrakis, and Harvey Wasserman : Do the Romneys Own Your E-Vote?