HARRY TARG : WAR AND PEACE | Reflections on the War in Ukraine 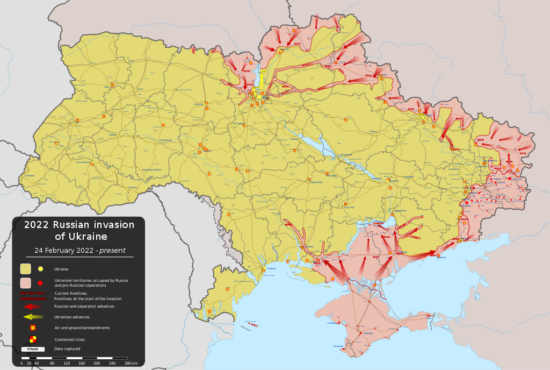 Many of us in the peace movement have had useful conversations (and debates) stimulated by the war on Ukraine. We are discussing the causes of the invasion of Ukraine by Russia, both immediate and historical, and how the peace movement should respond to this important crisis.

I commend the Oliver Stone documentary to all as one detailed and informed narrative of a very complicated Ukrainian history. An important element of Stone’s narrative is the role of Ukrainian neo-fascists who were prominently active in the 2014 coup against the elected Ukraine government. These descendants of World War II neo-Nazis, Stone claims, now serve in the Ukraine army.

Also, most accounts of the Ukraine crisis today ignore the extraordinary expansion of NATO in the 1990s and the 2014 coup against the elected government of Ukraine carried out with the covert support of the United States. Including this in the accounts today adds important context, not for determining good guys and bad guys, but for figuring out what should be done and where peace forces should stand. And to be clear reflection on this context does not deny the immoral and inhumane Russian invasion of Ukraine.

My takeaways so far are the following:

1.Russia has fallen into a trap that will significantly and negatively impact on its economy. It also reduces Russian influence around the world and undermines Russia’s renewed economic ties with countries in the Western Hemisphere.

2.The invasion gives fuel to the emerging anti-China Cold War rhetoric for politicians of both parties and the corporate media who suggest that Taiwan will be next, presumably after a Chinese invasion.

3.The Ukraine war is an enormous plus for military/industrial complexes in the US and in Russia as well.

4.The Ukraine story transforms the global narrative from the critical discussion of exploitation by the Global North of the Global South to the Biden narrative of “authoritarians” vs. “democracies.” For example, see the powerful presentation by V J Prashad of the essential nature of the North/South struggle.

5.The impacts of the debate on progressive forces in the US and elsewhere are potentially devastating. In the US, our discourse is shifting from a progressive agenda including President Biden’s Build Back Better program for example to stories about the relationships between Putin and former President Trump and so-called “national security.”

Biden’s State of the Union address reflects his “shift to the center.” Now we have a cause all Americans can get behind: opposing the Russians. (I am reminded how the Soviet menace in the 1940s was used to defang CIO militancy, the drive for free health care, Henry Wallace’s call for US/Soviet dialogue and, of course, civil rights for all).

I think the Russian invasion and the incomplete and war-oriented narrative of the Ukraine crisis dominating the news from such sources as the Washington Post, The New York Times, National Public Radio, and CNN/MSNBC constitute a real setback for us. Media news is a commodity. War and portraits of American exceptionalism are profitable commodities for the increasingly concentrated corporate media.

For these reasons and more, I endorse the Code Pink demands that Russia withdraw its troops from Ukraine and the United States and its allies pull back NATO forces from their presence in Eastern Europe. In addition, diplomatic efforts should ensue to replace NATO with an organization that can provide security for Europe and the Global South. The Code Pink frame gives appropriate recognition to both the immorality of the Russian action and the context, including NATO expansion and the events in Ukraine since 2014.

Finally, I want to reintroduce the concept of “historical memory.” These memories are important for people and they are legitimate ways to think about what needs to change. The historical memory for many Russians probably includes the 27 million of their ancestors killed during World War II largely from invading German armies crossing through Ukraine. I assume that if I were a Russian such a memory would affect how I think about the world. I know from experience how deeply the Holocaust still affects Jewish people even today.

So peace activists will continue to debate root causes of this senseless war and what to do about it. But for now as Cold Pink and others demand: Stop the War, Withdraw Russian Troops From Ukraine, Reverse the Extension of NATO.

3 Responses to HARRY TARG : WAR AND PEACE | Reflections on the War in Ukraine