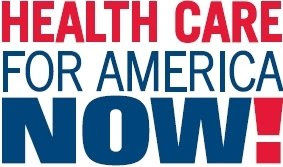 This effort, in my opinion, represents our last stand to effectively combat the forces that would deny Americans decent health care merely to increase the profits of the insurance and pharmaceutical cartels.

As I watch the proposals for a national health program, and the well financed opposition in Congress, I am reminded of a warning sounded by Eric Hoffer in 1951. Hoffer wrote, and this surely applies to the increasing roar of the opposition, that

“Charlatanism of some degree is indispensable to effective leadership. There can be no mass movement without some deliberate misrepresentation of facts. No solid, tangible advantage can hold a following and make it zealous and loyal unto death. The leader has to be practical and a realist, yet must talk the language of the visionary and the idealist.”

The two most recent organizations created by the insurance and pharmaceutical industries — which they hope the American public will accept as bona fide entitles — are Patients United Now and Americans For Prosperity. These creations exemplify charlatanism at its finest; their appeal is to the naive and ill-informed. The really dirty stuff is just beginning.

I attended a local meeting of Health Care for America Now (HCAN) and would strongly suggest that all readers of The Rag Blog take advantage of the organization’s web site. This effort, in my opinion, represents our last stand to effectively combat the forces that would deny Americans decent health care merely to increase the profits of the insurance and pharmaceutical cartels. I entered this contest as a strong backer of single payer/universal health care as outlined by Physicians for a National Health Program (PNHP); however, as a pragmatist one must make concessions, as I did to Dr. Marc Stier, the energetic, intelligent, and dedicated leader of the Pennsylvania chapter of HCAN.

I continue to feel that single payer is the program of choice; however, the realities that we face in the United States Senate (we can almost visualize the wire transfers to Switzerland and Liechtenstein while we watch the Finance Committee prostrate itself before the insurance and pharmaceutical giants) alone illustrates the seeming futility of facing any significant legislation. The Lehigh Valley News has a thoughtful discussion of why single payer is in trouble in an article titled “Why Is Single Payer Care Off the Table” by Rev. Sandra L. Strauss, who is director of public advocacy for the Pennsylvania Council of Churches.

The HCAN meeting I attended convened with an eight person panel, including Dr. Stier. Brief — but the statements given by representatives of the two U.S. Senators, and our local Congress-lady rang hollow. There is, however, some encouraging news regarding Sen. Robert P. Casey of Pennsylvania. According to an article from The Hill, distributed by truthout, Sen. Casey, a member of the Senate Health care Committee, will follow Sen. Edward’s Kennedy’s lead. It also appears that Senators Durbin, Gillibrand, Harkin, Inouye, Kaufman, Levin, Merkley, Reed, Rockefeller, Schumer, Stabenow, Whitehouse, Webb, and Sanders are on board as well.

I would guess that there were 50-60 individuals present at the gathering. Some, including Dr. Stier, speaking to a generally well-informed audience, clarified the plans and intents of HCAN. There were several handouts; one was titled “A public Health Insurance Plan Option — What Is It?” This was concise and to the point; however, one clause gave me pause: “May hire insurance companies, where efficient and appropriate, to handle administrative functions such as paying claims.” Shades of “Medicare Advantage,” the Bush administration’s attempt, still ongoing, to privatize Medicare.

It was noted that HCAN is planning a march on Washington in June, and is hoping for 20-30,000 participants. This calls to mind a “march” some years ago, the “one million man march” which was organized, in essence, to prove the participants’ masculinity. This brings to mind a thought that occurred to me during the meeting: “Where ARE the uninsured; where are the folks that we are representing?” Will any of these people come to the June gathering in Washington? Which brings to mind more words of Eric Hoffer from The True Believer>:

“The poor on the borderline of starvation live purposeful lives. To be engaged in a desperate struggle for food and shelter is to be wholly free from a sense of futility. The goals are concrete and immediate. Every meal is a fulfillment; to go to sleep on a full stomach is a triumph; and every windfall a miracle. What need could they have for ‘an inspiring super-individual goal which would give meaning and dignity to their lives?’ They are immune to the appeal of a mass movement.”

I would suggest that all progressives, at this time of feelings of ambivalence regarding President Obama, review Hoffer’s thinking. To me he is more relevant than he was in 1951.

President Obama, speaking on C-SPAN on May 24, reportedly vowed that his health care plan will provide “basic coverage” to all Americans. He gave no specifics but repeated the mantra that his plan “will invest more in prevention and wellness programs” as including as a move to increase electronic data-keeping. Once again, a cop-out! The anxious mother with a feverish child wants a physician at the bedside and does not give a hoot about wellness programs. The husband, sitting in an intensive care unit with his wife in a diabetic coma, wants a competent endocrinologist in charge and does not give a tinker’s damn about electronic data keeping. “Basic coverage?”

Are we discussing something akin to Medicaid ? Medicaid, a half-way measure in the search of health car?. A fraud in many instances which provides “care” on paper but in the real world provides nothing in the way of first class medical attention.

To make the situation even more frightening, an AP story carried in the Erie Times News reports that “a major health insurer says that the government can save more than $500 billion in Medicare spending by sending patients to less expensive, more efficient doctors, reducing hospital visits by the elderly, and cutting down on unnecessary care.” The ‘health insurer’ consulted by some idiot in Washington is the United Health Group, the largest participant in the Bush administration’s “Medicare Advantage,” a company that pays its CEO some $30-plus million per year. Nowhere does the “consultant” suggest doing away with Medicare Advantage plans, which are draining the Medicare trust fund by billions of dollars per year. One wonders who the demented individual in Washington was that provoked this “consultation” which is rather akin to asking the Godfather to review the business practices of the family industries to which the Mafia sells protection. Not really a fair comparison since the Costa Nostra never had it as good as the United health Group.

The other concern regarding “basic coverage” is that it will require, by law (probably unconstitutional) that everyone purchase private insurance. Of course, the policies of the less fortunate will have something like a $5,000 yearly deductible, high co-insurance payments, and numerous exclusions. For instance, they will state that they will pay for “management of diabetes,” but in the very, very small print will exclude payment for “diabetic complications.” This all dovetails nicely with a report from the Philadelphia Inquirer that says that the cost of insurance from Independence Blue Cross, for a family of four, non-group subscribers, would rise from $1,069.15 per month to $1,634, a 52.8% increase. Of course, there are cheaper plans, but here again we find the large deductibles, the co-insurance, and the exclusions.

And as far as Blue Cross is concerned, these folks are politically active, as Paul Krugman points out in the May 22 New York Times (“The Blue Double Cross”). On the Monday following the White House photo-op, The Washington Post reported that Blue Cross of North Carolina was preparing a series of ads attacking a public option insurance. The insurance industry will not be satisfied with merely doing away with single payer/universal care, but will stoop to all manner of deceit to persuade the gullible public that a public option plan is not in its interest. Not only will our elected representatives receive baksheesh, but we will see contrived ads about how bad health care is in other countries, how freedom of choice will be disallowed by a public plan, and we will be told that the “government will choose your doctor” and that there will be waiting periods of weeks to obtain care, etc. All hogwash, lies, and misrepresentations.

We who support health care for all must, as well, support The Employee Free choice Act. These programs, in my opinion, are joined at the hip. And, we must support the American College of Physicians PAC in its efforts 1) to ensure that all Americans have access to affordable care; 2) to pilot test new Medicare payment models that realign incentives to support effective, efficient, patient-centered, coordinated care; 3) to improve Medicare fee for service payments to make primary care competitive with other specialties; and 4) to establish a national workforce policy to ensure sufficient numbers of primary care and other physicians.

Since we are writing from Erie, Pa., the site of ex-President Bush’s “coming-out” speech on June 17, we will try to keep you informed of an occasion that The Erie Times News, a good companion newspaper to the Washington Times or Greensburg Tribune, will turn into a memorable, earth shattering, event.