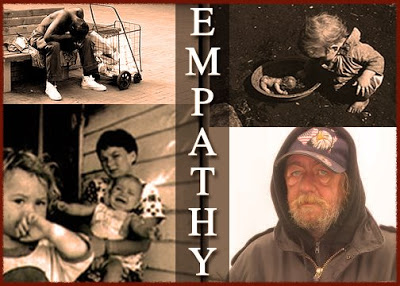 How many of our nation’s leaders have ever gone to bed hungry? U.S. Department of Agriculture statistics show that, ‘12.4 million children in the U.S. are “food insecure” — defined as not being able to get enough food to maintain a healthy, active life.’

Summertime and the living is easy… for our elected politicians in Washington D.C.

In just a few days they will suspend their hearings and deadline-driven decision making and return to the voters back home who keep them in office.

Homeless veterans across America, American children who do not have enough to eat, families facing foreclosure and unemployment all will still all be there when this great leadership body returns in a month or so, their campaign cash needs having been firmed up after non stop meetings with their voter base.

Meanwhile, last weekend almost one thousand homeless American military veterans in the San Diego, California, area sought help at a three-day tent city program called “Stand Down.” This volunteer effort has been operating for more than 20 years. It is a three-day chance for homeless veterans, many from the Vietnam era, but with increasing numbers from the wars in Iraq and Afghanistan, to get free housing and social services. Hot food, a haircut, dental work, legal aid and a clean place to sleep in a familiar military camp setting is there to help these souls living on the very edge.

That in the USA we have a thousand former military veterans, down and out in the shadows of one large city should evoke both sadness, and no small amount of outrage and frustration. However, it is not just San Diego. The Department of Veterans affairs estimates that one out of three homeless people across America is a veteran.

How do all the car magnets and lawn signs urging that we “Support Our Troops” somehow exclude those troops who become disabled and fall through the cracks once they get back home? Do we just say tough luck to those who turn to drugs and alcohol, the ones who desperately need extra help? Where is our empathy?

Empathy? Conservative politicians have loudly used that word as a pejorative just recently. The word was invoked by President Obama as a desirable quality in a federal judge. More specifically his nominee to the Supreme Court, Judge Sonia Sotomayor.

Empathy? How many of our nation’s leaders have ever gone to bed hungry? U.S. Department of Agriculture statistics show that, “12.4 million children in the U.S. are ‘food insecure’ — defined as not being able to get enough food to maintain a healthy, active life.”

Food insecure? Kids are hungry, not getting enough to eat. American kids. Using some bureaucratic euphemism does not fill empty tummies. Euphemisms make the reports coming out of Washington agencies look a little less shocking. “Food insecure” doesn’t jump off the page like “starving” or “undernourished,” and helps keep this disgrace beneath the political radar.

Homeless American veterans and American children who never get enough to eat are merely two examples of ongoing problems that many of our politicians somehow must not hear about when they go back home. Our bloated and ineffective health care system is on this long list of old and worsening problems. But as a majority of our politicians work diligently to finally bring forth a new overhauled and affordable universal health plan for all Americans, again conservatives throw up roadblocks.

Conservative protests about leaving huge indebtedness to our grandchildren actually mask a selfish fear of losing votes back home if they support a new, and initially expensive national health care plan. Empathy is absent from this narrow reasoning. Personal political career interests hold hostage the entire inertia and completion of work, particularly in the House of Representatives.

The very politicians now expressing such deep concern for our national debt were deafeningly silent as President Bush raised the national debt each of his eight years in office to a breathtaking record $11.3 trillion.

Properly done, universal health care would eventually greatly reduce soaring insurance and overall medical costs. But initially, funding for such a massive landmark change in the way we take care of America’s health will be expensive and will require political backbone to make it a reality. More backbone will be needed to address the needs of homeless Veterans and our undernourished children.

Approval of long overdue universal health care will require the very two things sorely lacking in current political opponents — statesmanship and empathy. For those lacking these qualities, it is essential that we point them out, on both sides of the aisle, and inundate their offices with email, letters and phone calls demanding that they use their stated concerns for program cost as positive negotiable input to the committees working to craft the final health plan and not as a singular duplicitous barrier to progress.