Iraq Vet Suicide: Before Someone Stumbles on It 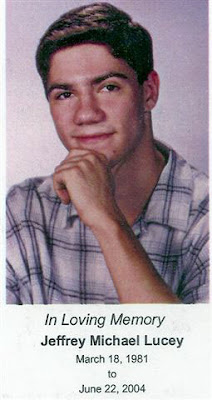 Top officials at the Veterans Administration tried to conceal information from the public about the sudden increase of attempted suicides among veterans that were treated or sought help at VA hospitals around the country, a previously undisclosed internal VA email indicates.

The email was disclosed Tuesday in a federal trial at a courthouse in Northern California where two veterans advocacy groups filed a class-action lawsuit against the VA alleging that a systematic breakdown at the VA has led to an epidemic of suicides among war veterans. These groups claim the VA has turned away veterans who have sought help for posttraumatic stress disorder and were suicidal. Some of the veterans, the lawsuit claims, later took their own lives.

The organizations who filed the lawsuit, Veterans for Common Sense and Veterans United for Truth, want a federal judge to issue a preliminary injunction to force the VA to immediately treat veterans who show signs of PTSD and are at risk of suicide and overhaul internal system that handles benefits claims. PTSD is said to be the most prevalent mental disorder arising from combat.

“Is the fact that we’re stopping [suicides] good news, or is the sheer number bad news? And is this more than we’ve ever seen before? It might be something we drop into a general release about our suicide prevention efforts, which (as you know far better than I) prominently include training employees to recognize the warning signs of suicide,” Chasen wrote Katz in an email titled “Not for CBS News Interview Request.”

Katz’s response is startling. He said the VA has identified nearly 1,000 suicide attempts per month among war veterans treated by the VA. His response to Chasen indicates that he did not want the VA to immediately release any statistical data confirming that number, but rather suggested that the agency quietly slip the information into a news release.

“Shh!” Katz wrote in his response to Chasen. “Our suicide prevention coordinators are identifying about 1000 suicide attempts per month among the veterans we see in our medical facilities. Is this something we should (carefully) address ourselves in some sort of release before someone stumbles on it?”

This entry was posted in RagBlog and tagged Conspiracy, GI's, Iraq, Military. Bookmark the permalink.