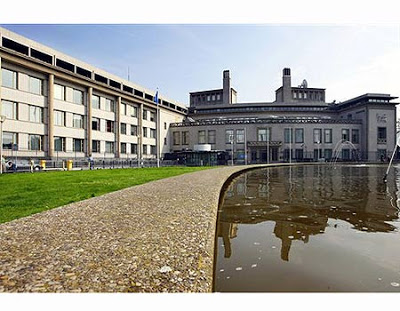 Israel Defense Forces (IDF) officers intending to travel to Europe, whether for business or pleasure, have been advised to contact the Judge Advocate General’s Office prior to leaving Israel; and some may be instructed not to leave the country.

The advisory has been issued following Israel’s concern that international arrest warrants may be issued against officers who were involved in the Israeli offensive in Gaza, on charges of war crimes.

Jerusalem has reportedly received several reports suggesting international human rights groups are in the process of gathering evidence in the form of photos and testimonials, with the intent of filing suits both with the International Court of Justice (ICJ) in The Hague and in local European courts.

While the State is likely to be able to thwart such attempts in The Hague, having suits of this nature filed with local European courts quashed is more complex: Many of the European courts have taken it upon themselves to hear cases of alleged war crimes perpetrated in other countries, even if they themselves have no affinity to the case.

Once a European court decides to hear such a case, it is within its right to issue bench warrants for the alleged criminals – in this case top politicians and military personnel – and that is a move the State might find difficult to undo.

“As far as the international arena is concerned, Israel is entering what is probably its darkest era,” a Jerusalem source told Yedioth Ahronoth. “The Palestinian and their friends will try to make Israel look like a leper, like China looked after the Tiananmen Square massacre (of 1989), or like Serbia did under (former President Slobodan) Milosevic.

“They intend of mounting a legal front against IDF officers, ministers, Knesset members and Israeli diplomats. They will go after them with arrest warrants all over the world.”

According to political sources, the situation may take another turn for the worst after the foreign media will be allowed back into Gaza Strip, and the devastation in Gaza becomes more evident.

The Israelis claim that Hamas has been using women and children as human shields never really took, said a source. Whenever it was used the response was the same: If you know that there a women and children there – hold your fire.

This entry was posted in RagBlog and tagged Gaza War, IDF, Israel, The Hague, War Crimes. Bookmark the permalink.