Jack A. Smith :
Why the U.S. wants to stay in Afghanistan

The U.S. is supposed to withdraw troops by the end of the year, and the American people overwhelmingly want us to leave, but President Obama intends to retain a military presence. 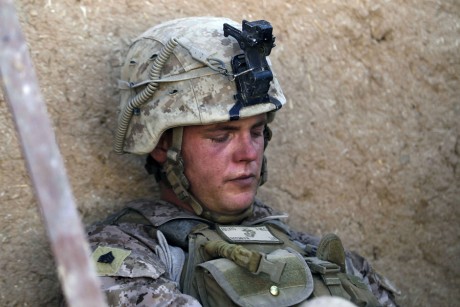 The U.S. is supposed to withdraw all its troops from Afghanistan by the end of this new year. But despite public opinion polls to the contrary, President Obama is seeking to leave several thousand Special Forces troops, military trainers, CIA personnel, “contractors” and surveillance listening posts for 10 more years in Afghanistan until the end of 2024.

The CNN/ORC International survey released Dec. 30 shows that 75% of the American people oppose keeping any U.S. military troops in Afghanistan after the scheduled pullout Dec. 31. Indeed, “a majority of Americans would like to see U.S. troops pull out of Afghanistan before the December 2014 deadline.”

The poll’s most important statistic is that “Just 17% of those questioned say they support the 12-year-long war, down from 52% in December 2008. Opposition to the conflict now stands at 82%, up from 46% five years ago. CNN Polling Director Keating Holland suggested the17% support was the lowest for any U.S. ongoing war.

A majority of Americans turned against the war against Afghanistan a few years go, but according to a Associated Press-GfK poll released Dec. 18 — these days 57% say that even attacking and invading Afghanistan in 2001 was probably the “wrong thing to do.”

Clearly, the American people are truly fed up, but do not have a viable electoral alternative to a continuing military presence in Afghanistan. The era of the mass antiwar movement, which was supported by the great majority of Democrats, collapsed when Democrat Obama was elected. Democrats may acknowledge their views to pollsters but they rarely attend protests against Obama’s Afghan adventure or drone attacks in Pakistan, Yemen, Somalia, and elsewhere.

President Obama is sticking to his original schedule of withdrawing “all ground troops” by the end of 2014, but the Special Forces, et al., are not technically “ground troops.” His intention to deploy a smaller but vital military presence is related to larger policy goals connected to the “pivot” to Asia.

The White House has been bargaining with the Kabul government for years to keep military forces in Afghanistan for another 10 years.

The White House has been bargaining with the Kabul government for years to keep military forces in Afghanistan for another 10 years. In return the U.S. would pay multi-billions for the training and upkeep of the Afghan army and police and help finance the government at great expense until 2024.

It recently seemed an agreement was reached, but President Hamid Karzai says it cannot be signed until after a new president takes office after elections in April — a delay that upset the Oval Office.

According to Mara Tchalakov of the Institute for the Study of War:

With deep divisions in Afghanistan over the right of legal immunity for American soldiers and contractors, as well as the right to conduct night raids in private Afghan homes, Karzai is trying to buy time to build political support…. Waiting until after the election would buy time and leave open the possibility of renegotiating issues that could prove problematic as the election nears.

At this stage it is not known who will win in April. Two-term Karzai cannot run for reelection, a blessing as far as the Obama Administration is concerned. He may be a puppet but he knows how to kick back on his own, especially about civilian deaths, night house invasions by U.S. troops, and Washington’s efforts to completely dominate the Kabul government.

The White House has a year to obtain a signed agreement and seems confident it will do so either before or soon after Karzai steps down, particularly if the anti-Taliban, pro-U.S. Northern Alliance and friendly political parties such as the Tajik-dominated Jamiat-e Islami, gain more influence.

Obama sought a similar arrangement in Iraq when U.S. troops were set to withdraw in December 2011, but a deal was rejected in the last months by Prime Minister Nouri al-Maliki, much to the administration’s chagrin.

In a sense Obama was lucky. If the several thousand American troops he sought had remained in Iraq they would have become embroiled in the al-Qaeda and jihadist Sunni uprising against the majority Shi’ite regime led by Maliki. In 2013 alone, over 7,300 civilians and 1,000 Iraqi security forces — overwhelmingly Shia — were slaughtered. Most of the deaths were from executions and bomb attacks.

The White House may be extremely worried about closer ties between Shi’ite Iraq and Iran — an unintended consequence of the U.S. invasion and overthrow of the secular regime of Saddam Hussein — but it is now even more worried about Sunni jihadist gains in Iraq, particularly since jihadist elements began to dominate the rebel fighting in neighboring Syria. The al-Qaeda affiliate ISIS (Islamic State of Iraq and Greater Syria) is making significant gains in both countries.

According to the December 26 New York Times, Washington “is quietly rushing dozens of Hellfire missiles and low-tech surveillance drones to Iraq to help government forces combat an explosion of violence by a Qaeda-backed insurgency that is gaining territory in both western Iraq and neighboring Syria.”

On January 3 the same newspaper reported:

Radical Sunni militants aligned with Al Qaeda threatened on Thursday to seize control of Fallujah and Ramadi, two of the most important cities in Iraq, setting fire to police stations, freeing prisoners from jail and occupying mosques, as the government rushed troop reinforcements to the areas.

Afghanistan is especially important to Washington for two main reasons.

The obvious first reason is to have smaller but elite forces and surveillance facilities in Afghanistan to continue the fighting when necessary to protect U.S. interests, which include maintaining a powerful influence within the country. Those interests will become jeopardized if, as some suspect, armed conflict eventually breaks out among various forces contending for power in Kabul since the mid-1990s, including, of course, the Taliban, which held power 1996-2001 until the U.S. invasion.

Afghanistan is an extremely important geopolitical asset for the U.S., particularly because it is the Pentagon’s only military base in Central Asia.

The more understated second reason is that Afghanistan is an extremely important geopolitical asset for the U.S., particularly because it is the Pentagon’s only military base in Central Asia, touching Iran to the west, Pakistan to the east, China to the northeast, and various resource-rich former Soviet republics to the northwest, as well as Russia to the north.

A December 30 report in Foreign Policy by Louise Arbour noted:

Most countries in [Central Asia] are governed by aging leaders and have no succession mechanisms — in itself potentially a recipe for chaos. All have young, alienated populations and decaying infrastructure… in a corner of the world too long cast as a pawn in someone else’s game.

At this point a continued presence in Afghanistan dovetails with Washington’s so-called New Silk Road policy first announced by then Secretary of State Hillary Clinton two years ago. The objective over time is to sharply increase U.S. economic, trade, and political power in strategic Central and South Asia to strengthen U.S. global hegemony and to impede China’s development into a regional hegemon.

The dynamic region stretching from Turkey, across the Caspian Sea to Central Asia, to Afghanistan and the massive South Asian economies, is a region where greater cooperation and integration can lead to more prosperity, opportunity, and stability.

But for all of this progress and promise, we’re also clear-eyed about the challenges. Despite real gains in Afghan stability, we understand the region is anxious about security challenges. That’s why we continue to expand our cooperation with Afghanistan and other countries of the region to strengthen border security and combat transnational threats.

Blake did not define what “security challenges” he had in mind. But both China and Russia are nearby seeking greater trade and influence in Central Asia — their adjacent backyard, so to speak — and the White House, at least, may consider this a security challenge of its own.