I don’t recall ever discussing the incoming Communist hordes
with my parents. 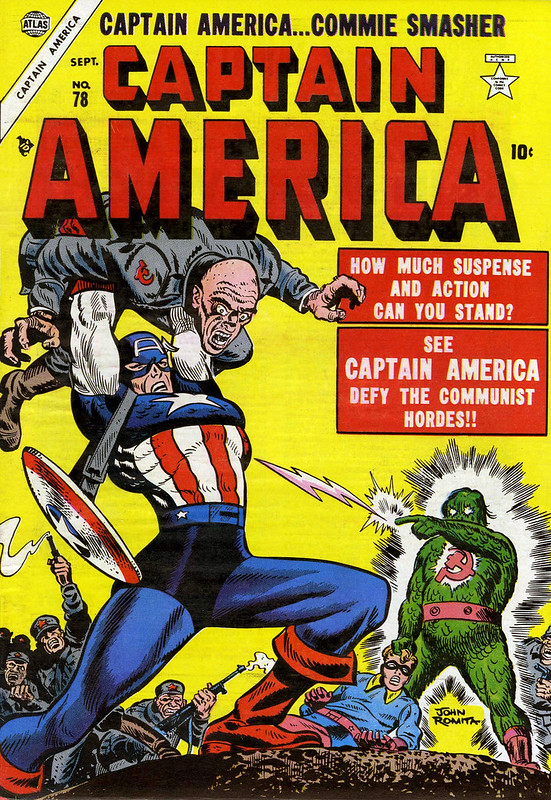 SAN MARCOS — When I was about 10 years old in the mid-1950s, I had a great fear of Communists. At that age, I didn’t understand what communism was or why I feared Communists, but now I do. I’ve read several books about the McCarthy era over my adult years, which has helped explain my childhood fears. And when I say fears, I am not exaggerating.

Once or twice a month, my family would drive about 45 minutes from Port Arthur, through Beaumont, to Vidor to visit my maternal grandmother. It was usually dark when we drove home. My younger brother and I always rode in the back seat. As we drove along the 25-mile stretch of mostly open land on the southwest side of Hwy. 96 between Beaumont and Port Arthur, I noticed lights in the rice fields we passed, some blinking off and on in the distance, and some glowing steadily, often with a yellow tint. They could be seen both near the highway and far away.

I found myself scrunched down in the back seat so that I could peer over the door panel through the bottom of the window and observe these dozens of lights as we drove along. They were ominous to me. I thought the lights were Communists who were sneaking up on us. While I was always relieved to get home safely, my fear of those Communists did not go away. I would rush to get in the house and prepare for bedtime.
<–more–>

I pulled the covers up over my head for additional protection from the Red Menace.

When I went to bed in the darkened bedroom I shared with my brother, I spent the first few minutes furtively looking out the window next to my bed through the venetian blinds, keeping a lookout for those Communists I had spotted in the rice fields. When I was confident that I was safe, I slid down in bed and pulled the covers up over my head for additional protection from the Red Menace.

I grew up in a nonpolitical household. I don’t remember any discussions about politics, though I was aware that my parents voted for Eisenhower. The “I Like Ike” slogan was familiar to me, though it could have reached me through television news, newsreels at the Saturday matinees I went to occasionally, or one of the two newspapers that came to my home — the Port Arthur News (an afternoon paper) and the Beaumont Enterprise (received in the morning).

Similarly, I don’t remember any discussion about the Communist danger that lurked all around me. Whatever I learned about those Communists came from the various media to which I inadvertently was exposed. I don’t recall ever discussing the incoming Communist hordes with my parents. The lights I took to be Communists, I later learned, were from oil derricks, communication towers, small refinery installations, electric stations, and farms. But as a child, they were Communists sent to endanger my life. Undoubtedly, the television series “I Led Three Lives” and the radio program “I Was a Communist for the FBI” contributed to my fears.

What is known as the Second Red Scare began when I was three years old and ended just before I finished high school. During that 15 years, hundreds, if not thousands of loyal Americans had careers snuffed out or diminished by blacklists and false accusations. Others, who at one time had been members of the Communist Party USA (especially before World War II) or fellow travelers, did not hate America or wish to overthrow its government; for the most part, they believed in greater equality in a country founded largely by slave owners, who denied equal rights to people of African origin and women.

I did not meet a Communist until early in 1977.

So far as I am aware, I did not meet a Communist until early in 1977. I know he was a Communist only because he told me so. We were study partners, preparing to take the state bar exam. After one study session, while we were chit-chatting, he suddenly told me about his political affiliation. I had known him through our work in law school with the progressive National Lawyers Guild, for which we raised money by selling sandwiches to law students every Wednesday at lunch, and worked on a law suit against the Texas Department of Corrections for its unequal treatment of women.

When he told me of his political leanings, it was difficult for me not to smile. By this time, I was 33, had finished college and worked for seven years in anti-poverty programs. I was aware to some extent of the CPUSA. I had come to see it as a group that spent a lot of time in run-down storefronts, churning out flyers and tracts on mimeograph machines, which they then handed out on street corners, left on literature tables, or pinned to bulletin boards. When I got into my car to go home from the study session, I did crack a smile and wonder why he decided to tell me of his affiliation with the monster of my childhood.

I had not thought of my childhood fears until I seriously began learning about the McCarthy era while in college. While that era presumably ended late in the 1950s or early in the 1960s, it has continued to have a potent effect on our politics. The Vietnam War was driven almost entirely by the compulsion to defeat the spread of communism as our politicians projected the fear of countries succumbing to communism to be like dominoes lined up on a table — when one is knocked over, there is a cascading effect on all the other dominoes.

To my knowledge, the defeat of the French in that country, followed by the defeat of the United States, has not led to Vietnam joining in any wars, excursions, or battles to take over or change the governments of other countries. The same cannot be said of my country.

I eventually overcame my childhood fears of the Communists lurking in the rice fields between Port Arthur and Beaumont. I wish that my country could put aside its political delusions, as well.