Limbaugh Dreams of Riots in Denver 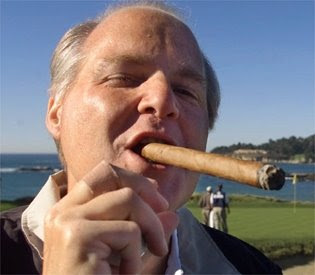 Rush Limbaugh says he was not calling for a riot in Denver during the Democratic National Convention – he only “dreams” of it, to the tune of “White Christmas.”

For a second day in a row today, the conservative talker discussed the potential for protests and power struggles at the August convention.

“Now, I am not inspiring or inciting riots. I’m dreaming, I’m dreaming of riots in Denver,” he said mimicking the holiday tune.

He explained on-air: “Riots in Denver at the Democrat Convention would see to it we don’t elect Democrats,” Limbaugh said. “And that’s the best damn thing (that) could happen for this country as far as anything I can think.”

Glenn Spagnuolo, an organizer with the protest group Re-create 68, called Limbaugh “a fool.”

“We don’t need another 5,000 illiterate Limbaugh listeners coming to Colorado,” he said, mocking a comment this week by State Rep. Douglas Bruce, R-Colorado Springs, calling migrant workers “illiterate peasants” as he debated a bill to accommodate up to 5,000 guest workers in the state.

Calls to a Limbaugh spokeswoman were not immediately returned.

Mayor John Hickenlooper said, “”Anyone who would call for riots in an American city has clearly lost their bearings.”

Jenni Engebretsen, a spokeswoman for the convention, declined to respond to Limbaugh.

U.S. Senator Ken Salazar has asked today that the owner of 850 KOA “reprimand” Rush Limbaugh for what Salazar calls Limbaugh’s “clear exhortation” for riots during the Democratic National Convention in Denver.

Limbaugh said earlier this week that he is not calling for a riot in Denver in August but only “dreams” of it, to the tune of “White Christmas.”

But Salazar, in a letter sent today to Clear Channel Radio, the owner of KOA, characterized Limbaugh’s comments as “incendiary.”

“As I read Mr. Limbaugh’s comments about riots at the Democratic National Convention in Denver, they appear to me to be a clear exhortation that those riots are exactly what he wants to happen,” said Salazar. “For that kind of incendiary comment, I ask Clear Channel to reprimand Mr. Limbaugh.”