Lincoln: ‘If Slavery Is Not Wrong, Nothing Is Wrong’ 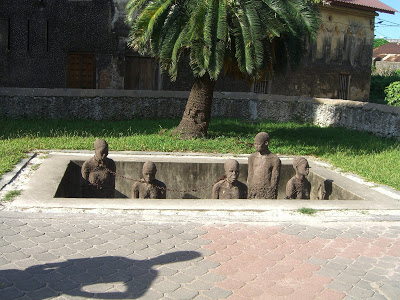 “Dora”, a young Mexican woman, was helped by another Mexican woman to cross the U.S. border in the promise of a good job there. She ended up in Texas, working in a sweatshop and not allowed to go out or even take a shower.

“Sandra” was sold as a child for 400 dollars to a pedophile, who repeatedly raped her for four years.

Both were victims of a global trafficking network that has ensnared an estimated 10 million people, although hard data about the underworld of human slavery remains elusive – partly because of the reluctance of some countries to cooperate with investigations.

“We have a big picture, but it is impressionistic and lacks depth,” admitted Antonio Maria Costa, executive director of the U.N. Office on Drugs and Crime (UNODC), which just released its annual Global Report on Trafficking in Persons on Thursday.

“Although we can talk with specific numbers about drug trafficking, for example, we do not have an estimate for this area of crime [human trafficking],” Costa said.

The International Labour Organisation (ILO) estimates 2 million as the yearly net addition to the total number of slaves worldwide. Subtracting the number of people rescued or who die annually, the total number is thought to be over 10 million.

However, the actual number of known trafficking victims is only 22,500.

“We are not able to segment today’s slave markets into their components. We must – but cannot – catalogue different types of slavery. Exploitation through child-begging in Europe is different from what goes on in a brothel, or in a street corner in Australia,” Costa noted.

“Preventive measures must also be adapted to take into account that an Asian father sells his underage daughter under circumstances different than what pushes an illegal immigrant at a sweatshop in the Americas,” he explained. “If we do not overcome this knowledge crisis, we will be fighting the problem blindfolded.”

The report is based on data gathered from 155 countries. Of these, 125 have signed the U.N. Protocol against Trafficking in Persons. However, not all of those who ratified it are enforcing the provisions of the treaty – 40 percent of the countries in the sample did not convict anyone for trafficking in the past year.

Overall, the number of convictions for human trafficking is growing, says the report, notably in a handful of countries, but it is still much lower than the estimated number of victims.

Many large countries like China, Saudi Arabia, Libya and Iran remain uncooperative and provided no data.

The most common form of human trafficking is sexual exploitation (79 percent) followed by forced labour (18 percent). Forced labour is detected and reported less because it is frequently goes unnoticed, especially in big cities.

Nearly four in five victims are women and girls. Including boys, 20 percent of all trafficking victims in the world are children, but in some parts of Africa and Asia’s Mekong region, children are the majority.

The report also reveals that intra-regional and domestic trafficking are the major forms of trafficking in persons. “Criminals prey on their own kin, something even animals don’t do,” Costa said.

The report shatters some illusions about victims and victimisers. Although generally speaking, most crimes are committed by young men, when it comes to trafficking, women perpetrators play an important role. In 30 percent of the countries that provided evidence on the gender of traffickers, women make up the largest proportion.

In regions like Eastern Europe and Central Asia, women trafficking women is the norm, according to Costa. Psychological, financial and coercive reasons often induce former victims to become traffickers.

Mira Sorvino, an actress and UNODC Goodwill Ambassador, shared stories of trafficking victims that she had met.

Dora’s trafficker threatened that if she ran away, her family would be killed. “Here in Texas you are lower than a dog,” she would tell Dora. “People here actually care if a dog is abused. No one cares about you.”

Dora managed to escape, but even years later, she is plagued by nightmares and afraid for herself and her family. The woman who enslaved her was punished with one year of house arrest.

Sandra, sold as a child, was forced to sleep on a black magic “altar” that her “owner” had in his house. He claimed to be a sorcerer and would tell her that he could read all her thoughts. Eventually, he decided to exploit her economically as well, sending her to work at a factory and keeping her earnings.

Sorvino described Sandra today as “a burned out soul”. “So much suffering in a person could only be encountered maybe in a Holocaust survivor,” she said.

The report was unable to confirm that the number of victims is rising. However, based on intuition and experience, Costa said that the global economic crisis is likely affecting demand and supply, and making a greater number of people more vulnerable to predators.

Kevin Bales, president of the abolitionist group Free the Slaves, struck a more optimistic note. “Slavery as an institution is pushed to the end of its extinction,” he said.

Never before has slavery represented such a small fraction of the global economy, he said. Bales believes that with sufficient commitment and resources, slavery is a phenomenon that can be eradicated.

To liberate and rehabilitate a slave in a poor country, the cost is around 400 to 600 dollars. Multiplied by the estimated number of slaves, the total needed would amount to 10.5 billion dollars.

“That is small change compared to the money spent on the bank bailout,” he said.

Sorvino added that the term “trafficking” is really a euphemism. “It still should be called slavery so that people can’t tune out the suffering that goes along with it,” she said.

Two hundred years ago, a group of abolitionists in Britain sat down together and took action to end slavery. Twenty years later, slavery was abolished in Britain, he said.

“If 12 people can take it on and beat something perfectly legal at the time, are we so timid that we can’t put an end to this crime?” Bales asked.

Commemorating the 200th anniversary of Abraham Lincoln’s birthday, the U.S. president who outlawed slavery in that country, a quote from him was echoed at the U.N. conference: “If slavery is not wrong, nothing is wrong.”

This entry was posted in RagBlog and tagged Human Rights, Slavery, United Nations. Bookmark the permalink.

1 Response to Lincoln: ‘If Slavery Is Not Wrong, Nothing Is Wrong’