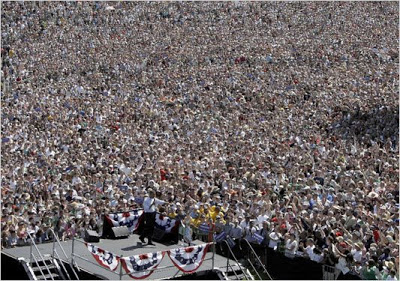 Fire officials estimated 65,000 packed into a riverside park Saturday, Sept. 18, for a spectacular afternoon rally at a sun-splashed scene on the banks of the Willamette River in Portland. They said an additional 15,000 were left outside and dozens of boaters could be seen floating in the river.