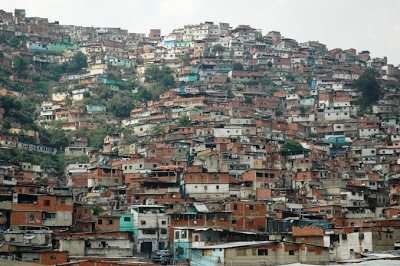 Can’t wait to see ALL of Chillhowee Mountain covered with Commercial Development.

It’s already a buyer’s market in some places…. BIG TIME!

Almost makes one wanna’ be a land baron. Almost.

But then, land barons of the slum-lord variety are only one evolutionary incremental wiggle removed from vultures, and as injured as my self-esteem has been for much of my life, I’m desperately trying to repair what’s left. In honor of that, I’m not sure that falling into the role of a bloody-toothed, evil-smiling, grinning-and-sneering vulture would lend itself to such already difficult efforts toward finding some sense of personal peace in the grand ol’ universe.

Otherwise, it sounds like a heck of a deal; making bank on the desperation, losses, sacrifices, sweat, toil, and destitution of others. How much more Amerikan could one get??

What’d GW call this, again??… Oh yeah.. He called it a ‘slow down.’ As in, “Slow down before you plummet over that cliff, ’cause it’s a LONG drop from there….”

P.S.- I’d wager heavily that this same set of circumstances can be found in a number of U.S. communities this evening. And even more tomorrow. ‘Slow down,’ my keister!! This is likely to make the Crash of 1929 look pretty derned friendly when it’s all said and done… That’s my wager, as well.

Whenever you see something like this, you should think to yourself: “This sounds crazy; so, the government has to be involved.” This may be incorrect, but you will save a lot of time barking up wrong trees by starting with this assumption.

In this case, it’s a conclusion, not just an assumption. I will get to this later on. But first. . . .

There are a dozen houses listed by local real estate agents that you can buy for $10,000 per home. You can buy ten times as many if you are willing to pay $20,000.

How can this be? It is true that we are somewhere in the unwinding of a housing market that has suffered from mania. But this is more than unwinding.

There are foreclosures. But how can prices fall this far? Aren’t there any bidders at $10,000? The answer is simple: no. Are these houses abandoned? Probably. Well, abandoned by their original owners. They may not be abandoned by local entrepreneurs in the pharmaceutical trade.

When I first read about this, I noticed that the article did not use the code words that immediately pop into the typical reader’s mind – words associated with the now-illegal bank practice of “redlining.” There are some neighborhoods that are high risk. Yet, even here, people rent. They don’t rent for $50 a month. So, why don’t renters see an opportunity? They could go to the seller – a bank – and offer to buy the place for no money down and then fix it up. If they have any repair skills, they could make a good case. That is surely a better deal for the renter and the banker than having the house sit empty.

Please don’t tell me they aren’t smart enough. Those previously mentioned entrepreneurs are very sophisticated in matters financial. Some gangs demonstrate remarkable abilities to handle positive cash flow. People on the street know what things cost and who is profiting.

Yet the houses are not selling. If I worked for a foreclosing bank or lending agency, I would go to local pastors and suggest an arrangement. I would try to sell them houses as investments. They have money. Failing this, I would encourage them to locate church members who would like a place to own. In short, I would make a deal. I would get the houses off the books. These houses are not doing the foreclosing agencies any good standing empty.

If nothing else, I would go to Habitat for Humanity or the Fuller Center for Housing, both headquartered in Georgia. I would find out if they could do something with the properties, such as buy them, scrap them, and build new houses.

The fact that this has not been done indicates that there is a terrible paralysis in the foreclosure process. This paralysis points to government regulation. It also points to corporate centralization. Nobody at the local level is being offered incentives to get these properties off the books.

This problem is not confined to Atlanta. I speak from recent experience.

I plan to buy a house next year in an Atlanta suburb. If prices fall enough, I will buy more than one. So, I sent my wife to the area in early May to see how the foreclosure market is doing. She found out.

She went to the courthouse steps to view the auction for foreclosed properties. The sellers had all posted minimum bids. One by one, the houses were offered for sale. There was not one bid. This meant that the asking price was the high bid. Every house went back to the foreclosing lender.

These houses were not priced to sell. They were priced to subsidize the local pharmaceutical trade. “You want free rent? You’ve got it!”

One house that caught my attention was foreclosed last December. The bank is unwilling to drop the price below $250,000. So, it keeps buying it back.

I subscribe to RealtyTrac. It costs $50 a month, but it saves me time, which is valuable. It lists some 250 bank-owned properties in the town I am looking at. Some of these properties have been on the banks’ books for over a year. There is an occasional SOLD entry: maybe one out of every 30 houses listed.

As the housing slowdown continues, and as prices slowly fall because a few sellers become desperate, the number of foreclosed houses in inventory will serve as a constant source of houses in competition with sellers of owner-occupied houses. At some point, the banks holding these foreclosed homes off the market will decide to price them to sell.

When that happens, property tax assessors will enter the twilight zone.

In Atlanta, they already have.

Read the rest of it here. / LewRockwell.com

This entry was posted in RagBlog and tagged Capitalism, Corruption, Economy. Bookmark the permalink.