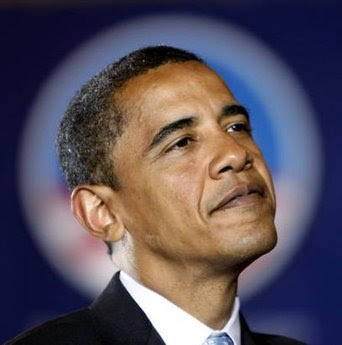 Did you know the big bad media are beating up on John McCain?

For weeks, the campaign’s media debate centered on whether the press was being too kind to Sen. Barack Obama — whether it was fawning over the Democrat’s historic run and drowning him in rapturous coverage. (Recent studies and analysis have cast that claim into doubt.)

But now the narrative has been expanded to include the laughable notion that, following a string of McCain campaign stumbles, including botched staging and questionable photo-ops, the press has suddenly turned on McCain and is mocking the Republican. That the same press corps that branded McCain a maverick and for years worshipped his loose-talking demeanor, has now soured on the senator. Meaning, the love is gone.

The New York Observer trumpeted that trend last week when it published a front-page article detailing the transformation from McCain-as-media-hero to “McCain-as-marginalized-victim” who’s suffering “rough treatment” from journalists. The Observer piece came complete with an illustration that showed the press as a two-by-four-wielding playground bully setting his sights on a vulnerable and childlike McCain. (Run Johnny, run!)

Aside from asking for the world’s smallest violin, I’d like to make the point that rather than bemoaning the type of press attention McCain has been attracting, most recent Democratic candidates for president, who were pummeled and even savaged by the press, would pay for the kind of respectful coverage McCain has accumulated this summer. They would be rejoicing if the press ever treated them as kindly and as softly as it has McCain this campaign.

But pretending that when the press simply chronicles McCain’s disjointed campaign means that reporters and pundits have somehow turned on the candidate — that they are attacking him and piling on — is just ludicrous.

That’s what Republican boosters were saying about the Arizona senator. But simply acknowledging the campaign’s missteps, however gingerly the traditional media have done it in recent weeks, does not mean the press is being nasty to the candidate or attacking the GOP.

What’s happened in recent White House campaign cycles is that people have become so accustomed to the press openly mocking the Democrat that when that pattern is altered, however slightly, as it’s been in 2008, it’s perceived to be a massive shift.

Since the media are simply not trashing the Democratic nominee as aggressively as in campaigns past, conservatives are claiming that’s being unfair. They liked the old model where the press effortlessly adopted GOP spin about Democratic candidates being phony and untrustworthy. That worked for the GOP. Today, that model has been modestly tweaked, and the GOP is crying foul.

That’s expected. But it was distressing to see the New York Observer buy into the spin about the media turning on McCain. After all, the evidence to support the meme is quite thin. Yes, partisan Republican Grover Norquist, the head of Americans for Tax Reform, assured the Observer that McCain “got slapped upside the head” by the media. But in terms of pinpointing actual instances of mockery, the Observer didn’t seem to have much to work with. It did cite this recent cable chatter scene:

“On a recent segment on Fox News’ The Beltway Boys … Morton Kondracke, countered a little later with this: “McCain did not have a great week. His visual was riding around in a golf cart with old George Bush the First.” Mr. Kondracke waved his hands in the air, comically mimicking Mr. McCain at the wheel of a golf car. Mr. [Fred] Barnes crossed his arms and chuckled.

That was the Observer’s strongest piece of evidence of the media “mockery” — of the “rough treatment” — that McCain has had to endure? Kondracke waved his hands and Barnes chuckled.

Oh, brother. I mean, how does McCain make it through the days with that kind of media venom flowing in his direction?

I can’t help thinking if Gore wouldn’t have preferred suffering that kind of “mockery” as opposed to having MSNBC’s Chris Matthews announce that Gore was so desperate to be president in 2000 that he would gladly “lick the bathroom floor” to get elected. Go read the Daily Howler’s 2000 archives for a catalog that’s as long as a fire station grocery list of the jarring insults and attacks the press leveled against Gore, who, at times, was portrayed in the press as pathological. And then compare those attacks to the light-as-a-feather mockery that McCain has supposedly had to deal with lately and tell me which is tougher.

It’s the same reason that I bet Clinton would have gladly been the target of a Fox News anchor’s chuckle rather than having The New York Times print a news section analysis of her laugh and then watch lots of well-paid, deep-thinking pundits and reporters at The Washington Post, The Boston Globe, San Francisco Chronicle, Seattle Post-Intelligencer, Cincinnati Post, National Public Radio, Time.com, Reuters, Associated Press, Politico, ABC, CNN, MSNBC, and Fox News, among others, pontificate about her humorous outbursts.

Indeed, way back in November 2007, months before the press really let loose on her candidacy, Greg Sargent amassed a sort of Greatest Hits of the media’s phony attacks on Clinton. Read the list and try to think of a single event in the last two months in which the press, which we’re told has turned on poor John McCain, ever concocted nonsense like this and targeted the GOP front-runner:

* The supposed 20-year-plan by Hillary and Bill to take over the world, or at least deliver them both the Presidency, as alleged by Jeff Gerth and Don Van Natta and denied by the one person who supposedly had first-hand knowledge of their dastardly plot

* The baseless claim that Hillary eavesdropped on political opponents in 1992

* The media’s hyping of Hillary’s supposed refusal to release Presidential records, a tale that was taken apart in today’s Washington Post and which wasn’t matched by any similar media outrage about Rudy [Giuliani’s] refusal to release his Mayoral papers.

Yet we’re supposed to believe the bullying press is now mocking McCain? Give us a break.

You’ll also note that with the Democratic trend with Gore, Dean, Kerry, Clinton, Edwards, and Obama, the caustic coverage candidates have had to endure almost always revolved around questions of character; being a liar, a phony, unhinged, or arrogant.

By contrast, there has not been a single, sustained press narrative pushed by the media during this entire campaign season that has ridiculed or called into question McCain’s character. Not one. For the press, that kind of character exploration of McCain remains taboo. But when covering Democrats, character assassination remains routine.

Meanwhile, I can’t help wondering if the press is being tagged as mean and nasty simply because reporters belatedly challenged one of McCain’s many campaign lies. Because they decided to come out of their Bush-era shell and actually engaged in a rare bout of fact-checking, or what used to be called reporting, when a Republican tried to smear the character of his Democratic opponent.

The lie McCain peddled in a television ad was that Obama canceled a trip to visit wounded U.S. soldiers in Germany because the Pentagon told him he couldn’t bring reporters along with him. After some initial hesitation, NBC, along with The New York Times and The Washington Post, among others, finally reported that McCain’s central allegation was not supported by the facts.

On the front page on July 30, the Post’s Michael Shear and Dan Balz reported that McCain continued to make the allegation, “despite no evidence that the charge is true.” That might seem like a simple thing. And unfortunately the press still allowed McCain’s planted lie to dictate campaign coverage last week. But for the Beltway media amidst a White House campaign, the Post’s reporting was different.

As the Daily Howler noted:

Quite simply, the Republican Party cannot afford to have the press become aggressive fact-checkers out on the trail. So in an attempt to intimidate the press back into the semi-crouch that has defined campaign journalism for the last decade, conservatives whine about how mean and nasty the media are for attacking McCain.

But the far-fetched claim just doesn’t hold up to scrutiny. In fact, it directly contradicts very recent testimonials from starry-eyed journalists on the McCain beat. “Covering McCain is a blast,” wrote Ana Marie Cox, in a recent issue of Radar. “He genuinely likes reporters: He’ll joke with us about our drinking habits, playfully request our cell phones in the middle of a call and tell some unsuspecting editor or parent that the phone’s owner has just been hauled off to rehab, and engage in gleefully sarcastic banter about both our colleagues and his.”

And on MSNBC last week, Time’s Mark Halperin, sounding like somebody putting off making an unwanted dentist appointment, assured viewers that, “McCain deserves scrutiny and he’ll get some.” Halperin couldn’t quite say when that pending scrutiny of McCain would take place. (Stay tuned.)

The truth is that the press not only has not turned on McCain but it continues to act as a key campaign ally in a way it does not for Democrats.

I’m trying to imagine back during the 2004 campaign, when the debate about Iraq was raging: What if candidate Kerry had sat down for an interview on the CBS Evening News and promptly made an egregious factual error regarding the timeline of events there? Does anybody really think that rather than air Kerry’s blunder, and in fact trumpet the misstep as news, that CBS would have cut away from his botched answer and replaced it with three separate spliced-together statements made by Kerry, one of which was the answer to a different question, and then not tipped off viewers that the interview had been heavily edited? Does anybody think CBS would have extended Kerry that courtesy?

That’s exactly the kind of oversized life preserver Katie Couric’s Evening News threw McCain when he bungled the timeline of the U.S. military’s surge in Iraq during a CBS interview. In an extraordinary act of kindness, Couric and company covered for McCain — and violated CBS’ ethical guidelines in the process.

Yet today we’re told the press has turned on the GOP candidate and that it’s mocking John McCain?

Trust me, if the press had turned on Al Gore like that in 2000, he’d be finishing up his second term as president right now.