Posted on September 2, 2014 by Thorne Dreyer 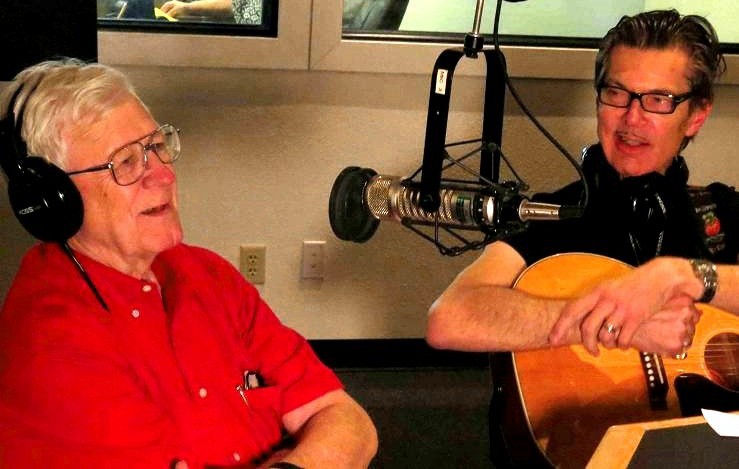 Joining us on Rag Radio are the literary odd couple — prominent attorney Broadus Spivey and musician and crime novelist Jesse Sublett — who together researched and penned Broke Not Broken: Homer Maxey’s Texas Bank War, the remarkable story of the record-breaking, precedent-setting legal battle between rancher Homer Maxey and the Citizens National Bank of Lubbock.

Broke Not Broken delivers what one reviewer calls “a tale of Giant-like proportions” and which, according to the Austin American-Statesman, includes “elements of sabotage, skullduggery, conflict of interest and judicial misconduct.” Not to mention “avaricious connivers,” turn-coat attorneys, courtroom theatrics, and even a dash of sexual intrigue.

Download the podcast of our August 22, 2014 Rag Radio interview with Broadus Spivey and Jesse Sublett here — or listen to it here:


Rag Radio is a weekly hour-long syndicated radio program produced and hosted by long-time alternative journalist and Rag Blog editor Thorne Dreyer. The show is produced in the studios of KOOP 91.7-FM, a cooperatively-run all-volunteer community radio station in Austin, Texas, and is first broadcast live on KOOP every Friday from 2-3 p.m. (CDT).

Broadus Spivey has been practicing law for over 50 years and is considered one of the country’s leading attorneys. He currently lives in Austin but began his law career in Lubbock, where he was acquainted with many of the principal figures involved in this book, including attorneys on both sides of the case, the judges, Homer Maxey himself, and Maxey’s daughter, Glenna Goodacre, now an internationally renowned sculptor

Jesse Sublett is a writer and musician who lives in Austin. In the late 1970’s he founded the seminal Austin punk band, The Skunks. Jesse has published crime novels and nonfiction books, and the acclaimed music-murder-and-cancer memoir, Never the Same Again. In recent years he has been experimenting with milti-media noir-style e-books. He has twice previously been our guest on Rag Radio and he performs two songs on this show.

Spivey and Sublett may be an odd couple but they’re also a mutual admiration society and they have produced a marvel of a book.

Broke Not Broken: Homer Maxey’s Texas Bank War addresses the precedent-setting legal case of West Texas rancher Homer Maxey. On the afternoon of February 16, 1966, executives of Citizens National Bank of Lubbock met to launch foreclosure proceedings against Maxey, a war hero, multimillionaire, and pillar of the Lubbock, Texas, community. In a secret sale, more than 35,000 acres of ranch land and other holdings were divided up and sold for pennies on the dollar, much of it to officers and friends of the bank — leaving Maxey essentially penniless.

Homer Maxey then launched a 15-year legal battle to reclaim his fortune — and his reputation — that ultimately resulted in two court judgments in Maxey’s favor.

Broke, Not Broken “illuminates a community and a self-styled go-getter who refused to back down, even when his opponents were old friends, well-heeled leaders of the community, a bank backed by powerful Odessa oil men, and the most formidable attorneys in West Texas.”

Coming up on Rag Radio:
NEXT FRIDAY, Sept. 5, 2014: Craig McDonald, director of Texans for Public Justice, the corruption watchdog nonprofit that set in motion the Rick Perry indictment.
FRIDAY, Sept. 12, 2014: Rag Blog columnist Lamar Hankins on the astounding Wells Church scandal and on the case against Rick Perry.
FRIDAY, Sept. 19, 2014: Houston-born actress Cindy Pickett, known for her memorable roles in television’s Guiding Light and St. Elsewhere, Roger Vadim’s Night Games, and as the mother in Ferris Bueller’s Day Off.
FRIDAY, Sept. 26: Michael Harris, author of The End of Absence: Reclaiming What We’ve Lost in a World of Constant Connection.