Lamar talks about the revelations in his chilling investigative report for The Rag Blog, entitled ‘Child murder in Texas.’ 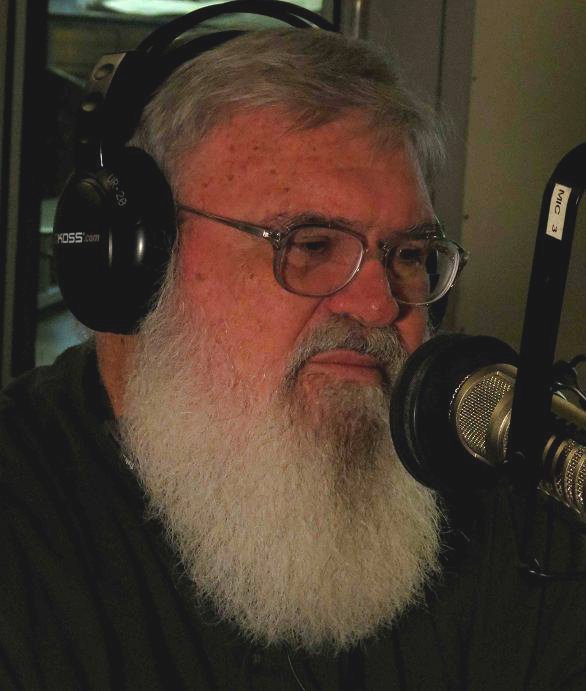 Lamar Hankins on Rag Radio in the studios of KOOP-FM in Austin, Texas, September 12, 2014. Photo by Roger Baker / The Rag Blog.

Lamar W. Hankins, a columnist for The Rag Blog and a former San Marcos city attorney, joins us on Rag Radio to discuss his investigative reporting about a major scandal involving an East Texas fundamentalist church.

The story involves the death of three-day-old Faith Pursley who died of a routinely treatable condition because the church “elders” convinced Faith’s parents to leave the child’s fate to “God’s will” rather than seeking medical treatment, and then urged church members to pray for her “resurrection.” No action has been taken by the Cherokee County district attorney’s office.

On the show, Lamar also discusses Rick Perry’s legal problems about which he has reported at The Rag Blog

Download the podcast of our September 12, 2014 Rag Radio interview with Lamar W. Hankins here — or listen to it here:

Lamar Hankins, a writer and semi-retired attorney in San Marcos, Texas, is a veteran of the civil rights and the anti-Vietnam War movement, worked with VISTA, and later managed a legal services agency. As an attorney, he helped sue the Texas prison system for providing lesser training and educational opportunities to women inmates, and was co-counsel in a class action suit challenging the denial of equal protection for women in the Corps of Cadets at Texas A&M University.

Hankins was city attorney for the City of San Marcos for five and a half years. He was a columnist for the San Marcos Mercury and has been a regular contributor to The Rag Blog for the last four years.