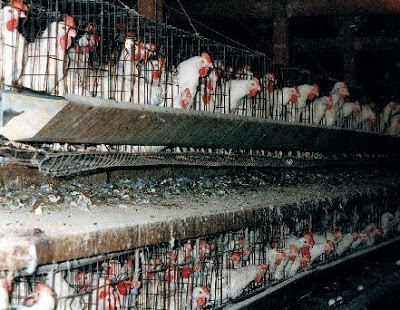 TO listen to President Obama’s speech on Wednesday night, or to just about anyone else in the health care debate, you would think that the biggest problem with health care in America is the system itself — perverse incentives, inefficiencies, unnecessary tests and procedures, lack of competition, and greed.

No one disputes that the $2.3 trillion we devote to the health care industry is often spent unwisely, but the fact that the United States spends twice as much per person as most European countries on health care can be substantially explained, as a study released last month says, by our being fatter. Even the most efficient health care system that the administration could hope to devise would still confront a rising tide of chronic disease linked to diet.

That’s why our success in bringing health care costs under control ultimately depends on whether Washington can summon the political will to take on and reform a second, even more powerful industry: the food industry.

According to the Centers for Disease Control and Prevention, three-quarters of health care spending now goes to treat “preventable chronic diseases.” Not all of these diseases are linked to diet — there’s smoking, for instance — but many, if not most, of them are.

We’re spending $147 billion to treat obesity, $116 billion to treat diabetes, and hundreds of billions more to treat cardiovascular disease and the many types of cancer that have been linked to the so-called Western diet. One recent study estimated that 30 percent of the increase in health care spending over the past 20 years could be attributed to the soaring rate of obesity, a condition that now accounts for nearly a tenth of all spending on health care.

The American way of eating has become the elephant in the room in the debate over health care. The president has made a few notable allusions to it, and, by planting her vegetable garden on the South Lawn, Michelle Obama has tried to focus our attention on it. Just last month, Mr. Obama talked about putting a farmers’ market in front of the White House, and building new distribution networks to connect local farmers to public schools so that student lunches might offer more fresh produce and fewer Tater Tots. He’s even floated the idea of taxing soda.

But so far, food system reform has not figured in the national conversation about health care reform. And so the government is poised to go on encouraging America’s fast-food diet with its farm policies even as it takes on added responsibilities for covering the medical costs of that diet. To put it more bluntly, the government is putting itself in the uncomfortable position of subsidizing both the costs of treating Type 2 diabetes and the consumption of high-fructose corn syrup.

Why the disconnect? Probably because reforming the food system is politically even more difficult than reforming the health care system. At least in the health care battle, the administration can count some powerful corporate interests on its side — like the large segment of the Fortune 500 that has concluded the current system is unsustainable.

That is hardly the case when it comes to challenging agribusiness. Cheap food is going to be popular as long as the social and environmental costs of that food are charged to the future. There’s lots of money to be made selling fast food and then treating the diseases that fast food causes. One of the leading products of the American food industry has become patients for the American health care industry.

The market for prescription drugs and medical devices to manage Type 2 diabetes, which the Centers for Disease Control estimates will afflict one in three Americans born after 2000, is one of the brighter spots in the American economy. As things stand, the health care industry finds it more profitable to treat chronic diseases than to prevent them. There’s more money in amputating the limbs of diabetics than in counseling them on diet and exercise.

As for the insurers, you would think preventing chronic diseases would be good business, but, at least under the current rules, it’s much better business simply to keep patients at risk for chronic disease out of your pool of customers, whether through lifetime caps on coverage or rules against pre-existing conditions or by figuring out ways to toss patients overboard when they become ill.

But these rules may well be about to change — and, when it comes to reforming the American diet and food system, that step alone could be a game changer. Even under the weaker versions of health care reform now on offer, health insurers would be required to take everyone at the same rates, provide a standard level of coverage and keep people on their rolls regardless of their health. Terms like “pre-existing conditions” and “underwriting” would vanish from the health insurance rulebook — and, when they do, the relationship between the health insurance industry and the food industry will undergo a sea change.

The moment these new rules take effect, health insurance companies will promptly discover they have a powerful interest in reducing rates of obesity and chronic diseases linked to diet. A patient with Type 2 diabetes incurs additional health care costs of more than $6,600 a year; over a lifetime, that can come to more than $400,000. Insurers will quickly figure out that every case of Type 2 diabetes they can prevent adds $400,000 to their bottom line. Suddenly, every can of soda or Happy Meal or chicken nugget on a school lunch menu will look like a threat to future profits.

When health insurers can no longer evade much of the cost of treating the collateral damage of the American diet, the movement to reform the food system — everything from farm policy to food marketing and school lunches — will acquire a powerful and wealthy ally, something it hasn’t really ever had before.

AGRIBUSINESS dominates the agriculture committees of Congress, and has swatted away most efforts at reform. But what happens when the health insurance industry realizes that our system of farm subsidies makes junk food cheap, and fresh produce dear, and thus contributes to obesity and Type 2 diabetes? It will promptly get involved in the fight over the farm bill — which is to say, the industry will begin buying seats on those agriculture committees and demanding that the next bill be written with the interests of the public health more firmly in mind.

In the same way much of the health insurance industry threw its weight behind the campaign against smoking, we can expect it to support, and perhaps even help pay for, public education efforts like New York City’s bold new ad campaign against drinking soda. At the moment, a federal campaign to discourage the consumption of sweetened soft drinks is a political nonstarter, but few things could do more to slow the rise of Type 2 diabetes among adolescents than to reduce their soda consumption, which represents 15 percent of their caloric intake.

That’s why it’s easy to imagine the industry throwing its weight behind a soda tax. School lunch reform would become its cause, too, and in time the industry would come to see that the development of regional food systems, which make fresh produce more available and reduce dependence on heavily processed food from far away, could help prevent chronic disease and reduce their costs.

Recently a team of designers from M.I.T. and Columbia was asked by the foundation of the insurer UnitedHealthcare to develop an innovative systems approach to tackling childhood obesity in America. Their conclusion surprised the designers as much as their sponsor: they determined that promoting the concept of a “foodshed” — a diversified, regional food economy — could be the key to improving the American diet.

All of which suggests that passing a health care reform bill, no matter how ambitious, is only the first step in solving our health care crisis. To keep from bankrupting ourselves, we will then have to get to work on improving our health — which means going to work on the American way of eating.

But even if we get a health care bill that does little more than require insurers to cover everyone on the same basis, it could put us on that course.

For it will force the industry, and the government, to take a good hard look at the elephant in the room and galvanize a movement to slim it down.

[Michael Pollan, a contributing writer for The Times Magazine and a professor of journalism at the University of California, Berkeley, is the author of “In Defense of Food: An Eater’s Manifesto.”]