Krassner chronicled his satirical pranks in his self-published magazine, The Realist. 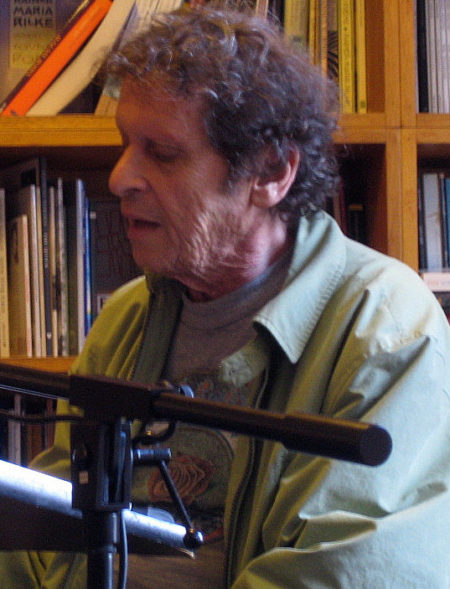 When I was 12-years old in 1967, my father Matty Simmons published Cheetah — a slick magazine designed for what the press called “hippies.” It was a fine publication — top-shelf scribes like Tom Nolan, Robert Christgau, and Ellen Willis contributed, editor Jules Siegel ran his legendary “Goodbye Surfing, Hello God” profile that announced to the world that Brian Wilson was a mentally ill genius and Mama Cass Elliot doffed her oversized duds and posed nude for a centerfold. But “slick” and “hippies” were oxymoronic and Cheetah tanked at the newsstand, folding in a year.

Though I was but a lad, I was paying attention and there was one contributor whose writings and exploits inspired in me a special delight that appealed to remnants of my mischievous childhood and a more sophisticated analysis of the ever so fucked-up world. That satirical terrorist was Paul Krassner.

I knew of Krassner because he was a regular guest on Radio Unnameable, Bob Fass’ all-night free-form radio show on noncommercial WBAI along with underground film director Robert Downey Sr. (father of Junior), comedic actor Marshall Efron, folksinger Phil Ochs, and a then-unknown political activist named Abbie Hoffman. They’d all madly riff till dawn and to this day I rarely laugh as hard as I did back then. Krassner chronicled his satirical pranks in his self-published magazine, The Realist. My favorite was an anecdote in which he went to an airport with a lady friend who was dolled up in a nun’s habit and passionately smooched with her to the shock of fellow flyers.

My parents were tut-tutting about Krassner’s latest literary attack on bourgeois sensibility.

One day my parents were tut-tutting about Krassner’s latest literary attack on bourgeois sensibility. Author William Manchester had written an account of the JFK assassination called The Death of a President, but widow Jackie Kennedy insisted that certain sections be deleted prior to publication. This piqued everyone’s curiosity because Mrs. Kennedy was successful in blocking public access to these portions. Krassner published what he claimed were “The Parts Left Out of the Kennedy Book” in The Realist, with Jackie’s allegations of having walked in on newly sworn-in President Lyndon Johnson on Air Force One on November 22, 1963, as he inserted his penis into the dead JFK’s neck wound. “He was literally fucking my husband in the throat,” she was quoted as saying in the bowdlerized outtake. Krassner had a few people second-guessing: “Could it possibly — maybe — be true? LBJ is kinda crude, after all…” Most recognized the claim as untrue, though most (like Ma and Pa Simmons) also thought it tasteless, offensive, and disgusting and its real author (Krassner) despicable.

And then there were young people like me who thought it the greatest work of 20th Century satire.

With one rank frank prank, Krassner addressed the nature of power using the most crude metaphor imaginable, with allusions to what politicians not only do to each other, but to the public, i.e. fuck ‘em, as well as what LBJ and the military-industrial complex were then-doing to the Southeast Asian nation of Vietnam. The Kennedy piece also made people gauge their own credibility meter — what they were willing to believe. By publishing it (and initially refusing to take credit as the author), Krassner fucked the bleeding corpse of hypocrisy in its neck-wound by implicitly forcing readers to ask themselves the question: what outrages you more, O holier-than-thou ones: an over-the-top salacious satire or very real war crimes in Vietnam? For many establishment figures, the answer was the former.

Paul later wrote for National Lampoon, another magazine my father published. The Realist continued on-and-off until 2001, while Krassner also co-founded and named the Yippies — politically radical hippies — on New Year’s Eve 1967, and was an unindicted co-conspirator in the Chicago 8 trial. He managed to confound simplistic generalizations by running an underground railroad for abortion providers before Roe vs. Wade, as well as later briefly publishing pink spreadsheet Hustler. He won an award from Playboy for satire and the Feminist Party Media Workshop for journalism. He performed stand-up comedy and recorded comedy albums, wrote a small library of books and continued political activism, usually in the guise of being funny. He had more close friends who genuinely loved him than anyone I’ve ever known. A very short list of famous ones includes Lenny Bruce, Ken Kesey, Abbie Hoffman, Kurt Vonnegut, Terry Southern, and John Lennon and Yoko Ono. He danced at the Egyptian Pyramids while the Grateful Dead played and he supplied 78-year old Groucho Marx with LSD — and tripped with him!

I finally met Paul in 1980 at the memorial for our mutual pal, National Lampoon co-founder Doug Kenney. Among other adventures, I accompanied him and wife Nancy Cain to Amsterdam in 2001 as their guest when he was inducted into the Counterculture Hall Of Fame at the Cannabis Cup. (“My ambition since I was three,” he quipped.) We remained close friends until the day he died, this past July 21st at his home in Desert Hot Springs, California, at the age of 87. He leaves behind his beloved Nancy, daughter Holly Krassner Dawson, granddaughter Talia, brother George, and eleventeen-trillion mutual Martians.

People ask me what he died of and the truth is we don’t really know. In 1979 he was covering the Dan White trial in San Francisco for the Bay Guardian. After ex-cop White was acquitted of murdering Mayor George Moscone and Supervisor Harvey Milk, a few thousand rightly aggrieved San Franciscans expressed their displeasure in the streets. A few set fire to police cars and the coppers responded by beating up random demonstrators, including reporters. Paul received a fractured rib, punctured lung, and other injuries and ancillary conditions worsened with age. Increasingly crippled, he developed a mysterious throat ailment that made eating painful and he grew weaker. Suffice to say that the nonviolent Krassner died of anti-war wounds.

Paul’s fundamental decency was
his only ideology.

What always struck me about Paul was that his fundamental decency was his only ideology. He was a genuinely nice guy and as an atheist, his personal moral code guided his politics and social interactions. He was also against shutting down speech, so-called cancel culture, because someone disagreed with what was said or with a person’s personal life or errors of judgment. He and I discussed our shared distaste for political correctness and he was nonjudgmental while simultaneously holding strong opinions on issues, for instance adamant that misogyny had to be eradicated.

He never cared for his birthday, but I always sent him a note. This year’s read thusly: “You taught me how to be young, now you’re teaching me how to be…uh…the other thing!” He wrote back: “It’s a two-way street.” And he signed it “Cerebral Paulsie” — my little sick-joke nickname for him.

One last story. Longtime activist Mayer Vishner was one of Krassner’s lifelong Martian friends. He suffered from depression and in 2013 confided in Paul that he’d decided to kill himself. “I told him that I’d miss him, but that was my problem, not his,” Krassner said later. He went on Bob Fass’ radio show to discuss what happened after Vishner fatally overdosed on downers. There were phone callers who were furious with him for not trying to stop Mayer or for not calling the cops. But Paul had too much respect for the individual’s right to choose – plus Mayer had trusted him and he wasn’t going to violate that trust. After hours of enduring rebukes with equanimity, it was time to wrap the show and host Fass bade Paul a simple adieu. “Well Paul, thanks for coming tonight. And let’s do this again real soon.”

You could practically hear Krassner shrug as he responded in the moment: “Well OK…but I’ll have to find someone who wants to kill himself.”

I was listening to the show on my laptop here in Los Angeles and, much like I did in the 1960s listening to Krassner on the radio, I began to laugh uncontrollably. If Mayer hadn’t already died, he would’ve died laughing when he heard that. As for Paul Krassner, he lived laughing.

In October, Fantagraphics will publish Zapped by the God of Absurdity: The Best of Paul Krassner.

[As leader of Michael Simmons & Slewfoot, the front man was dubbed “The Father Of Country Punk” by Creem magazine in the 1970s. Michael Simmons was an editor of the National Lampoon in the ’80s where he wrote the popular column “Drinking Tips And Other War Stories.” He won an LA Press Club Award in the ’90s for investigative journalism; has written for MOJO, LA Weekly, Rolling Stone, Penthouse, The New York Times, LA Times, High Times, CounterPunch, The Progressive, and Dangerous Minds; and scribed liner notes for Bob Dylan, Mike Bloomfield, Phil Ochs, Kris Kristofferson, Arthur Lee & Love, and Kinky Friedman.]