Mike Hanks Takes a Shot at the Missile Defense Question 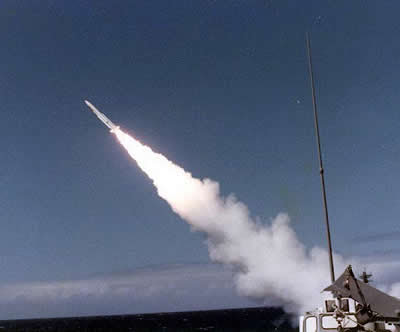 Mike Hanks’remarks below on missile defense systems in eastern Europe will surely prove controversial with many of The Rag Blog’s readers. Let the rumble begin. Please note the “comments” link at the end of the article.

‘It is important to understand that the missiles proposed for deployment in Poland do not pose a threat.’
By William Michael Hanks / The Rag Blog / November 7, 2008

I hope I’ll be forgiven for making presentments, assertions and forwarding opinions without the usual citing of precedent, quoting significant sources, and utilizing much in the way of irrefutable argument – it’s late.

With that optimism, I’m forwarding the following thoughts in the way of being self-evident. I am prepared to sustain the hazards of such a course and, if pressed, to offer proof of whatever I may opine, but for now …

We are approaching the first test of solidarity in the new administration. The challenges that President Obama will face upon assuming office will be, to state the obvious, almost overwhelming. One of the dynamics that will create unity (power) or disunity (weakness) is the expectations of his constituency. Let’s look at a current issue.

One of the crises already being seen is in regard to the deployment of missile defense systems in Poland. The leadership in Russia has stated, in response to defensive systems, that offensive missile systems will be deployed which directly threaten Europe. Much of the progressive community has opposed the Missile Defense System known as “Star Wars”. These thoughts are presented to open a dialog among those who may hold that position.

It is important to understand that the missiles proposed for deployment in Poland do not pose a threat. They don’t even carry explosives. They are completely ballistic in the sense that they are designed to simply collide with an incoming missile and break it up prior to reaching its target.

Why would this pose such a risk to any one? Why would the Russian administration be so exercised over that? Are they concerned that one of these lumps of steel might drop on a little old lady crossing the street? No, it is because the threat posed by gigatons of nuclear weapons owned by Russia is rendered less harmful and therefore the coercive power of the Russian war machine is greatly reduced.

Most of the discussion I have heard in the past two days seems to assume that placing missiles in Poland threatens Russia in some way. As if those missiles could be used to destroy Russian cities or military installations. And then the old cold war mentality sets in which might suggest we should not deploy those missiles because it would be provocative – and we’d get what we deserved when Russia deploys their missiles.

That is not the case. The systems are not equivalent. The defensive missiles proposed for Poland make the world a safer place. If this system is widely deployed the threat of nuclear holocaust could be reduced to near zero. Why would that worry Russian leadership? Because if you have a gun to the world’s head you don’t want it putting on a bullet proof helmet. Rendering nuclear weapons useless is a good start in eliminating them.