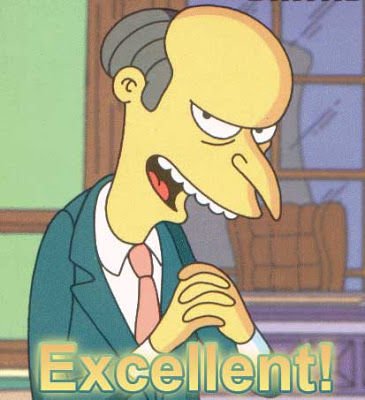 As Vermont seethes with radioactive contamination and the Democratic Party crumbles, Barack Obama has plunged into the atomic abyss.

In the face of fierce green opposition and withering scorn from both liberal and conservative budget hawks, Obama has done what George W. Bush could not — pledge billions of taxpayer dollars for a relapse of the 20th Century’s most expensive technological failure.

Obama has announced some $8.3 billion in loan guarantees for two new reactors planned for Georgia. Their Westinghouse AP-1000 designs have been rejected by the Nuclear Regulatory Commission as being unable to withstand natural cataclysms like hurricanes, tornadoes and earthquakes.

The Vogtle site originally was to host four reactors at a total cost of $600 million; it wound up with two at $9 billion.

The Southern Company which wants to build these two new reactors has cut at least one deal with Japanese financiers set to cash in on American taxpayer largess. The interest rate on the federal guarantees remains bitterly contested. The funding is being debated among at least five government agencies, and may well be tested in the courts. It’s not clear whether union labor will be required and what impact that might have on construction costs.

The Congressional Budget Office and other analysts warn the likely failure rate for government-back reactor construction loans could be in excess of 50%. Energy Secretary Stephen Chu has admitted he was unaware of the CBO’s report when he signed on to the Georgia guarantees.

Over the past several years the estimated price tag for proposed new reactors has jumped from $2-3 billion each in some cases to more than $12 billion today. The Chair of the NRC currently estimates it at $10 billion, well before a single construction license has been issued, which will take at least a year.

Energy experts at the Rocky Mountain Institute and elsewhere estimate that a dollar invested in increased efficiency could save as much as seven times as much energy as one invested in nuclear plants, while producing 10 times as many permanent jobs.

Georgia has been targeted largely because its regulators have demanded ratepayers put up the cash for the reactors as they’re being built. Florida and Georgia are among a handful of states taxing electric consumers for projects that cannot come on line for many years, and that may never deliver a single electron of electricity.

Two Florida Public Service Commissioners, recently appointed by Republican Governor Charlie Crist (now a candidate for the U.S. Senate), helped reject over a billion dollars in rate hikes demanded by Florida Power and Light and Progress Energy, both of which want to build double reactors at ratepayer expense. The utilities now say they’ll postpone the projects proposed for Turkey Point and Levy County.

In 2005 the Bush Administration set aside some $18.5 billion for reactor loan guarantees, but the Department of Energy has been unable to administer them. Obama wants an additional $36 billion to bring the fund up to $54.5 billion. Proposed projects in South Carolina, Maryland, and Texas appear to be next in line.

But the NRC has raised serious questions about Toshiba-owned Westinghouse’s AP-1000 slated for Georgia’s Vogtle site, as well as for South Carolina and Turkey Point. The French-made EPR design proposed for Maryland has been challenged by regulators in Finland, France, and Great Britain. In Texas, a $4 billion price jump has sparked a political upheaval in San Antonio and elsewhere, throwing the future of that project in doubt.

Taxpayers are also on the hook for potential future accidents from these new reactors. In 1957, the industry promised Congress and the country that nuclear technology would quickly advance to the point that private insurers would take on the liability for any future disaster, which could by all serious estimates run into the hundreds of billions of dollars.

Only $11 billion has been set aside the cover the cost of such a catastrophe. But now the industry says it will not build even this next generation of plants without taxpayers underwriting liability for future accidents. Thus the “temporary” program could ultimately stretch out to a full century or more.

In the interim, Obama has all but killed Nevada’s proposed Yucca Mountain nuclear waste dump. He has appointed a commission of nuclear advocates to “investigate” the future of high-level reactor waste. But after 53 years, the industry is further from a solution than ever.

Meanwhile, the Nuclear Regulatory Commission has reported that at least 27 of America’s 104 licensed reactors are now leaking radioactive tritium. The worst case may be Entergy’s Vermont Yankee, near the state’s southeastern border with New Hampshire and Massachusetts. High levels of contamination have been found in test wells around the reactor, and experts believe the Connecticut River is at serious risk.

A furious statewide grassroots campaign aims to shut the plant, whose license expires in 2012. A binding agreement between Entergy and the state gives the legislature the power to deny an extension. U.S. Senator Bernie Saunders (D-VY) has demanded the plant close. The legislature may vote on it in a matter of days.

Obama has now driven a deep wedge between himself and the core of the environmental movement, which remains fiercely anti-nuclear. While reactor advocates paint the technology green, the opposition has been joined by fiscal conservatives like the National Taxpayer Institute, the Cato Institute, and the Heritage Foundation.

Reactor backers hailing a “renaissance” in atomic energy studiously ignore France’s catastrophic Olkiluoto project, now $3 billion over budget and three years behind schedule. Parallel problems have crippled another project at Flamanville, France, and are virtually certain to surface in the U.S.

The reactor industry has spent untold millions lobbying for this first round of loan guarantees. There’s no doubt it will seek far more in the coming months. Having failed to secure private American financing, the question will be: in a tight economy, how much public money will Congress throw at this obsolete technology.

The potential flow of taxpayer guarantees to Georgia means nuclear opponents now have a tangible target. Also guaranteed is ferocious grassroots opposition to financing, licensing, and construction of this and all other new reactor proposals, as well as to continued operation of leaky rustbucket reactors like Vermont Yankee.

The “atomic renaissance” is still a very long way from going tangibly critical.

[Harvey Wasserman is Senior Advisor to Greenpeace USA and the Nuclear Information and Resource Service. His Solartopia! Our Green-Powered Earth is at www.solartopia.org.]