Obama Picks Duncan and Salazar : A Hit and a Miss? 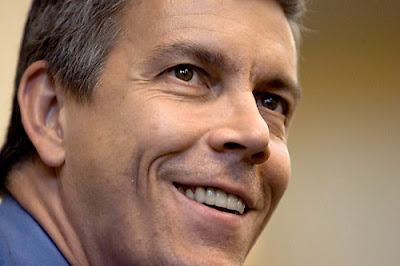 Here’s a “thumbs up” and a “thumbs down” from a progressive perspective on two of President-elect Barack Obama’s most recent Cabinet nominees. Arne Duncan appears to be a promising selection for Secretary of Education. Proposed Interior Secretary Ken Salazar seems at best a highly questionable choice.

Arne Duncan Out From Under Mayor Daley’s Thumb?
By Michele McNeil / December 16, 2008

My colleague, Catherine Gewertz, covers Chicago Public Schools as part of EdWeek’s urban beat, and has been talking to folks all day about Arne Duncan’s selection as President-elect Barack Obama’s secretary of education, and what it means for federal education policy. There’s a bigger EdWeek story that’s forthcoming. What follows is a sampling of reaction she’s hearing.

Michael Klonsky, a longtime Chicago activist and the director of the Small Schools Workshop, praised Mr. Duncan’s support of small schools in the city. But he also said he has been concerned that as part of the work of growing the small-school concept there, Mr. Duncan has helped fuel a trend toward using private companies to manage schools. He said he has also been troubled that Mr. Duncan and Mayor Richard M. Daley have eliminated local school councils at some schools, making it harder for parents and the public to influence and access the goings-on at their schools.

“I am hopeful that once he is out from under the thumb of Mayor Daley and the political machine here, and is working with Obama’s people, who I like and respect, Duncan can be liberated to do the things that I know are in his heart as a democratic educator,” said Klonsky, who has helped incubate small schools in Chicago and elsewhere. “He can be a great spokesman for urban public education, even more now on a national scene where he’s not chained to the ideology of the political machine here. I don’t think Arne is an ideologue. He’s a pragmatist at heart and a democrat.”

Julie Woestehoff, the executive director of Parents United for Responsible Education, said that Mr. Duncan’s temperament lends itself to his new position. But she also cautioned people to look at Chicago’s success from all angles. “So much of what is happening in Chicago is around test prep,” she said. “Every teacher in Chicago will say they feel their entire job is test prep. The reality has been that [school] closures have been chaotic and disruptive and have harmed children. And the replacement schools have really not proven themselves to be much different from the schools they replaced. We don’t think the result is worth the uproar.”

Meanwhile, the Chicago Teachers Union has released its statement: “Since becoming CEO of the Chicago Public Schools, Arne Duncan has grown in his awareness of the problems facing America’s public education system, especially the conditions existing in large urban settings such as Chicago. With this background, he is well positioned to assume a national role in addressing the many issues that affect the day-to-day teaching of our nation’s school children.”

[Michele McNeil covered education and state government in Indiana for a decade before joining Education Week as a state policy reporter in June 2006. Alyson Klein, who reports on federal education policy, joined the staff in February 2006 after nearly two years at Congress Daily.] 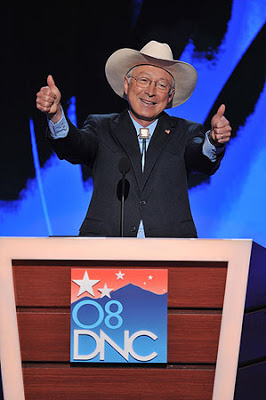 Ken Salazar, Obama’s choice for Secretary of the Interior, has a dubious record on the environment.

Just hours after Barack Obama’s announcement of Ken Salazar as his choice for Interior Secretary, denunciation of and opposition to Salazar have already turned the Colorado Senator in to the most controversial of President-elect Obama’s many cabinet designees.

This story in NPR, ”Environmentalists Fuming Over Salazar’s New Post,” describes the growing disillusion in the environmental community about the Interior Secretary designate Salazar, who Kieran Suckling, head of the Tucson-based Center for Biological Diversity (CBD) said, “is very closely tied to ranching and mining and very traditional, old-time, Western, extraction industries. We were promised that an Obama presidency would bring change.” A scathing press statement released by CBD includes a litany of pro-polluter anti-environmental positions taken by Salazar, including his vote not to repeal tax breaks for Exxon-Mobil and his vote for oil drilling of the Florida coast.

Questions about Salazar’s past may bring more unwanted negative attention to Obama, who already finds himself fending off questions about his scandal-ridden ally, Illinois Governor Rod Blagojevich. One reliable source in the DC environmental community just told me that the Interior Secretary position “may not be closed” because Salazar “has some issues from his past that may come out.”

Whether or not these rumors do, in fact, materialize and become newsworthy, it will be interesting to see whether Latino groups come out in support of Salazar as they did during the Senate hearings around the appointment of Salazar friend and ally, former Attorney General Alberto Gonzales. Salazar, National Council of La Raza leader, Janet Murguia, and the leaders of other Washington-based Latino organizations came out forcefully in support of Gonzales even after revelations of the former White House Counsel’s role in providing legal facilitation for the acts of torture and humiliation at Abu Ghraib garnered international attention. Salazar and other Latinos in Washington rescinded their support for Gonzales in the final months leading to Gonzales’ resignation.

“The Department of the Interior desperately needs a strong, forward-looking, reform-minded Secretary,” said Kieran Suckling, executive director of the Tucson-based Center for Biological Diversity. “Unfortunately, Ken Salazar is not that man. He endorsed George Bush’s selection of Gale Norton as Secretary of Interior, the very woman who initiated and encouraged the scandals that have rocked the Department of Interior. Virtually all of the misdeeds described in yesterday’s Inspector General expose occurred during the tenure of the person Ken Salazar advocated for the position he is now seeking.”

While Salazar has promoted some good environmental actions and fought against off-road vehicle abuse, his overall record is decidedly mixed, and is especially weak in the arenas most important to the next Secretary of the Interior: protecting scientific integrity, combating global warming, reforming energy development and protecting endangered species.

* voted against the repeal of tax breaks for Exxon-Mobil

* Threatened to sue the U.S. Fish and Wildlife Service when its scientists determined the black-tailed prairie dog may be endangered.

1 Response to Obama Picks Duncan and Salazar : A Hit and a Miss?