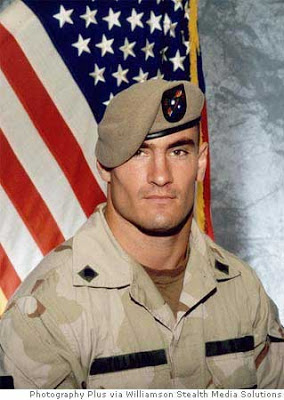 The House Oversight Committee released its proposed report (pdf) on the investigation this afternoon, on the death of Corporal Patrick Tillman and the capture of Private Jessica Lynch.

Unfortunately the report says that the Committee was unable to resolve “the key issue of what senior officials knew” because of the “universal” memory loss suffered by Tillman’s chain of command upon testifying before Congress:

Despite receiving information from all the top military leaders in Corporal Tillman chain of command — including Secretary Rumsfeld, General Myers, and General Abizaid — the Committee could not determine if any of the officials had communicated with President Bush or White House officials about fratricide in Corporal Tillman’s case. The lack of recollection also prevented the Committee from understanding how information about Corporal Tillman was handled within the Defense Department and how the Defense Department and the White House shared information on this matter.

So what did all of the silence convey to Oversight?

If the testimony the Committee received is accurate and if the documents submitted are complete, then the intense interest that initially characterized the White House’s and Defense Department’s reaction to Corporal Tillman’s death was followed by a stunning lack of curiosity about emerging reports of fratricide and an incomprehensible carelessness and incompetence in handling this sensitive information.

This entry was posted in RagBlog and tagged Bush Administration, GI's, U.S. Military. Bookmark the permalink.