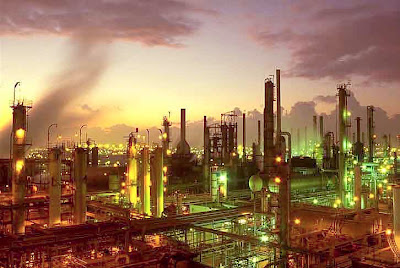 The peak oil crisis: The silly season Is upon us
by Tom Whipple

During the past week, the surge in oil prices continued with crude, gasoline and diesel prices all hitting new highs.

U.S. gasoline consumption may be down by a few tenths of a percent (which seems logical) or then again, it may be up a bit in recent weeks depending on which numbers you are reading. Our Presidential candidates, or at least their handlers, are beginning to grasp that we have a problem here and are beginning to make proposals.

We have clearly entered the silly season, for all three major candidates now have endorsed the notion that the U.S. should stop buying oil for its strategic reserve in order to force prices back down. This might sound sensible until you learn that the U.S. is only squirreling away eight ten-thousandths of the world’s production each day. The Republican candidate for President is now calling for a “holiday” that would suspend the 18.4 cent a gallon federal gas tax. This proposal of course will never pass, but if it should, the hoped-for jump in gasoline sales will quickly move gas prices higher. At a time when prices are rising about 5 cents a week, cutting taxes is unlikely to boost Hummer sales.

Up on Capitol Hill a lot of folks are worried, but as yet few have mustered the courage to propose realistic solutions. Some are beating on the oil companies and are calling for the umpteenth investigation of gas prices. Others want to yank the $18 billion annual tax break the oil industry gets and move the money to researching renewables. The rest just want to increase drilling for oil somewhere – usually in the Atlantic or Alaska — without mentioning that at best it would take decades to produce the oil should some be found. No one wants to mention that our energy crisis now seems months, or perhaps less, away.

It is hard to really blame the politicians. As long as most of us cling to the hope that high gas prices will go away or that a painless silver bullet that will solve our energy problem is just around the corner, few candidates for public office are ready to propose what are thought to be “painful solutions” to our problems. They still shoot messengers.

The great irony in all this is that the problem is simple to understand. World crude oil production has been essentially flat for the last three years while 1.3 billion Chinese, 1.1 billion Indians, and another quarter billion or so living in oil exporting countries continue to increase their oil consumption at a prodigious pace. Incidentally, the Chinese just announced that their diesel imports during the first quarter of 2008 were up seven fold over 2007.

Currently, the real issue is how long it will take the American people to understand the seriousness of a problem that will require decades of pain, discomfort and inconvenience to mitigate. When gasoline and diesel prices go up a few more dollars a gallon, or when permanent shortages develop, everybody will get the message and media will start to talk coherently. Until then, understanding will be incremental and painfully slow

Read all of it here. / Energy Bulletin

This entry was posted in RagBlog and tagged Economy, Energy, Peak Oil. Bookmark the permalink.