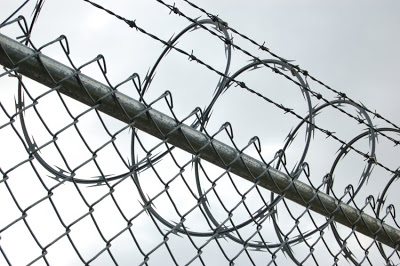 Forget oil and gold. In the Lone Star state, the boomtown business is locking up immigrants.
By Stephanie Mencimer

This article appears in the July/August issue of Mother Jones.

In 1997, with the private prison business booming, the Corrections Corporation of America picked a 64-acre plot near Austin, Texas, for its newest lockup. A medium-security prison, it was named after the company’s cofounder and designed for some 500 federal inmates. But the anticipated stream of prisoners never arrived: By the time the T. Don Hutto Correctional Center opened, a glut of private prison beds, along with cca’s own poor track record, had left the company nearly bankrupt. Its stock, which once traded at around $45 a share, bottomed out at 18 cents. Several of its facilities were shuttered or sat empty for years, including the Hutto prison, which cca moved to close in 2004.

But Hutto, like cca itself, has risen from the ashes thanks to a sudden source of new business: the Bush administration’s crackdown on immigrants. Historically, Mexicans caught illegally entering the country have been dumped back across the border, while immigrants and asylum seekers from other countries were processed and released to await their court dates. (Only those with criminal records were detained.) Most of those released, though, failed to appear for court hearings and removal proceedings, and the government didn’t have the resources to go looking for them. So in 2006, the Immigration and Customs Enforcement (ice) agency ended its traditional “catch and release” policy and instead started incarcerating non-Mexican immigrants—anyone from a Salvadoran migrant to an Iraqi family seeking political asylum—pending their deportation or asylum hearings. Over the two years since, the agency has increased its use of detention facilities by more than half; it now holds some 30,000 people on any given day.

In this new population—and in ice’s $1 billion-plus detention budget—cca saw opportunity. In 2004, when Congress passed legislation authorizing ice to triple the number of immigrant detention beds, cca’s lobbying expenditures reached $3 million; since then, it has spent an additional $7 million on lobbyists. Among them was Philip Perry, Vice President Dick Cheney’s son-in-law, who later became general counsel at the Department of Homeland Security, ice’s parent organization, which has awarded cca millions in contracts; one of them, in 2006, allowed the company to reopen the old Hutto prison, now christened a “residential facility” housing immigrant families, including small children.

CCA isn’t the only firm lining up for ice contracts: There’s so much money to be made warehousing immigrants that in 2006, Cornell Companies, a private prison firm, sent the state of Oklahoma an eviction notice for more than 800 state inmates housed in its facility in Hinton. The company was negotiating with ice to take in immigrants for more than the roughly $45 per diem that Oklahoma paid.

State and local governments are also getting in on the action. In 2006, Willacy County, Texas, floated millions in bonds and, in 90 days, built a tent city for immigrants that it leases to ice for $78 a day per detainee. (A room at the local Best Western Executive Inn costs $65.) Run by the Utah-based Management and Training Corporation, a private prison management company, the camp houses up to 2,000 immigrants in a razor-wire-ringed compound holding 10 Kevlar tents of the sort used by troops in Iraq. Detainees have reported problems with heat and air conditioning, as well as maggot-infested food. The county has since approved another $50 million to add space for 1,000 more detainees.

Elsewhere, detention centers have been sued for providing inadequate health care, food services, and education. The aclu of Texas recently settled a lawsuit with ice over the conditions at Hutto for 26 children ages 1 to 17. According to the aclu, they were kept in cells 11 or 12 hours a day, forced to wear prison garb, fed “unrecognizable substances, mostly starches,” and denied toys, bathroom privacy, and access to medical care.

According to the Washington Post, more than 80 people have died in ice detention, in many cases because of poor health care. The most famous case is that of Francisco Castaneda, a Salvadoran detained in San Diego for eight months. The government denied his request for a penile biopsy while in detention, arguing that it was an “elective outpatient procedure.” He was eventually found to have cancer. His penis was amputated, but the malignancy spread, and he died last year.

On average, ice pays $95 a day per immigrant that it detains, yet research indicates that other, far cheaper, methods can work almost as well in making sure immigrants show up in court. Back in the late 1990s, the agency asked the nonprofit Vera Institute of Justice to run a pilot project under which people facing deportation got intensive supervision and connections to social service agencies. More than 90 percent appeared for their hearings—partly, the institute said, thanks to better information about the process. Intensive supervision costs an average of $14 per detainee per day, according to congressional testimony by Julie Myers, assistant secretary of Homeland Security. Yet in fiscal 2007, ice spent only about $44 million on alternative programs, compared with roughly $1.2 billion on detention—and legislation sponsored last year by representatives Heath Schuler (D-N.C.) and Tom Tancredo (R-Colo.) in the House would authorize the agency to develop another 8,000 detention beds, which must be provided by private contractors such as cca “whenever possible.”

CCA, meanwhile, is contributing to the detention boom in its own small way: Last year, after inspecting the Hutto center’s personnel records, ice officials arrested 10 workers—illegal immigrants themselves.