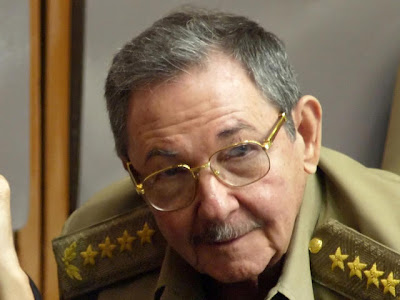 • Signing of International Covenant may be politically motivated, but it does mark an increased sensitivity to international human rights practices

• The maddening fact of life is that as seen from Washington, the U.S.-Cuban dispute is non-negotiable—a situation like no other in the world

Do Reforms Signal Extensive Changes in Havana’s view of the World?

Economic and agricultural reforms in Raúl Castro’s Cuba, though dismissed by those whose ideology prevent them from countenancing any kind of positive change in Cuba, could represent a significant opening up of Cuban society. The cell phone ban—which had prevented Cubans from legally owning such devices or obtaining service for them—was lifted on the 28th of March. Three days later, the hotel ban that had prevented Cubans from visiting or staying in hotels designated for foreign tourists, was also relaxed.

According to Toronto’s The Globe and Mail, Cubans will now be permitted to purchase state-owned housing, and wage limits also have been lifted, allowing Cubans to earn as much as the market allows. It is hoped that this will boost productivity, and will also enable Cubans to buy more of the consumer goods that have now been made available by means of other recent reforms.

Agricultural reforms will allow cooperatives and private farmers to use—but not own—government lands which for years had lain fallow, in order to grow food crops. The spirit of reform also may have inspired the addition of Havana’s signature to the United Nations’ International Covenant on Civil and Political Rights this past February. In that document, Cuba commits itself to observing a series of detailed principles. For example, according to Article 1, Paragraph 2: “In no case may a people be deprived of its own means of subsistence.” This reform could be an attempt to bring Havana’s policies into accord with the covenant.

The Cuban government is under no obligation as of yet to meet the covenant’s requirements, as the Raúl Castro regime signed but neither ratified nor formally acceded to the document. Nevertheless, the agricultural reform announced by Havana deserves to be taken as a signal that the Raúl Castro administration intends to adhere to the covenant’s standards. Viewed together with other reforms, this era of purported change is strengthened, and points the way to future reforms that may include allowing foreign aid to be sent to the farming sector and shutting down farming cooperatives that have under-performed. In a recent report, Reuters stated that, in addition to allowing for the availability of rental cars, restrictions on the sale of cars and travel abroad are expected to be lifted in the future.

According to Reuters, due to complaints by residents, “President Raúl Castro’s government will close more than half of Cuba’s family doctor offices and boost staffing at the rest in a major reform of its vaunted free health care system.” This will enhance the free medical care available to Cubans, albeit at fewer and more distant locations.

While Raúl Castro’s administration may now be prepared to permit Cubans to purchase goods and services they previously could not enjoy, few Cubans will, in fact, be able to afford to purchase the newly available luxuries. Various press sources cite the Cuban family’s average monthly earnings at anywhere between $17 and $20. Unfortunately, such earnings mean that most Cubans can barely afford to feed themselves, much less purchase the newly permitted expensive consumer items. Even with the lifting of wage limits, the increased income may not readily translate into significantly greater spending power if paid in the government-issued currency. By contrast, when foreign tourists visit the island, they exchange their money for a version of the local currency which is valued at 24 times of the former, and which cannot be easily obtained by Cubans.

Adhering to an International Code of Conduct

According to the Office of the United Nations High Commissioner for Human Rights, the International Covenant on Civil and Political Rights was signed by Cuba on February 28, 2008. This document entitles the citizens of a signatory nation to be guaranteed basic rights, and prohibits certain arbitrary acts by the government. For example, the populations of signatory nations must be granted freedom of assembly—among other rights—and the governments of signatory nations are prohibited from subjecting its citizens or other residents to torture or to non-consensual “medical or scientific experimentation” (International Covenant on Civil and Political Rights, Article 7).

However, there are limitations to the covenant, as many loopholes exist in its wording. For example, freedom of speech and expression of opinion via any media are guaranteed, but the government of the signatory nation is allowed to limit or deny these rights “for the respect of the rights or reputations of others,” or “for the protection of national security or of public order (ordre public), or of public health or morals” (Article 19, Paragraph 3). Therefore, dissidents in a given country could be deemed “threats to national security” and summarily subjected to scrutiny or detention. This is an inherent weakness of the document, and not a self-serving judgment of the current Castro government, which despite such opportunities for extending state control under the terms of the Covenant, actively appears to be exercising restraint and attempting to improve the living conditions of the island’s inhabitants by inviting these reforms.

The Covenant on Civil and Political Rights has been available to be signed by member countries since 1966, and yet Cuba had not availed itself of the opportunity to sign the document until now. The delay cannot be effectively explained by a Cold War mentality or some misguided loyalty to the USSR, because Moscow, in fact, signed the covenant in 1968, and ratified it in 1974, with the U.S. signing the covenant only in 1977, which was finally ratified in 1992. Therefore, if the Fidel Castro government had intended to show its unflinching support for Moscow, it might have signed this covenant safeguarding human rights decades ago.

Additionally, though Raúl Castro was officially elected to the Cuban presidency on February 24, 2008, the 76-year-old has been ‘acting president’ since July of 2006, when Fidel temporarily ceded power to his younger sibling in order to undergo surgery (Associated Press). The timing of the signing of the covenant could have been astutely arranged in order to have the greatest political effect, assuring that the decision—and credit for it—will be entirely Raúl’s.

Blogging and the Revolution

In the same week when the cell phones were being authorized and hotel bans lifted, those who scoffed at the changes may have risked having their smugness inconvenienced, but nevertheless, they were not prepared to release doves yet. This seems to indicate that the liberalization trend is not universal, and certainly not apparent to this White House. Yoani Sánchez, a Cuban living on the island, recently stated in her weblog that basic appliances, such as toasters, will be available “in two years’ time…satellite dishes will arrive in the middle of the century and my grandchildren will get to know GPS in their teen years.” (http://www.tnr.com/politics/sotry.html?id-8cb3f7de-37eb-4b94-826d-2b665d12dcce).

For unexplained reasons, her blog has been made nearly inaccessible from the usual servers, making reading her opinions more difficult for the less computer-savvy. The page takes an average of 15 minutes to load, which discourages readers, who must pay exorbitant prices for limited access to an internet connection. According to Article 19, Paragraphs 1 and 2 of the International Covenant on Civil and Political Rights, “Everyone shall have the right to hold opinions without interference.” If that were the only right provided, the Raúl Castro government might be justified in blocking access to her blog. However, Paragraph 2 goes on to state that “Everyone shall have the right to freedom of expression; this right shall include freedom to seek, receive and impart information and ideas of all kinds, regardless of frontiers, either orally, in writing or in print, in the form of art, or through any other media of his choice.”

The only provision in the International Covenant on Civil and Political Rights that has allowed a government to infringe upon the above right ironically has made Yoani Sánchez’s blog nearly inaccessible. In her March 5th posting, She told a humorous yet mournful anecdote about a friend whose toe was crushed by a passing lady’s heel. When the man asked for an apology, the lady refused to provide one. The popular blogger drew parallels between the story and the nature of Cuban politicians, who “never apologize. That’s why we, small copies of them, who imitate them, repeating their slogans and poses, also emulate them in not apologizing. ‘For what?’, the lady who stepped on my friend’s foot would ask. ‘We already have our toe crushed, and up there they don’t want to recognize they already have their soles dirty.’”

While this posting was more satirical than rabble-rousing, either this specific article or the accumulated slights from past postings apparently have caused the Cuban government to take punitive action. It also could be that this matter was not part of a genuine field theory, and that it was undertaken by some anti-Castro individual, or that it was the work of the CIA or some other intelligence service, or that it may have reflected a random occurrence. In any event, rather than imprisoning Yoani Sánchez, at worst, the government spooks simply made the page operate so slowly that most Cubans cannot afford the time or charges in an internet café to let it download.

Taking these events into account, the progress in Cuba can be seen as modest in scope at best. However, given the long history of the government’s use of a heavy hand in confronting dissent, and the depredations that have so weighed down Cuban society, while registering concerns, even modest advances must signal hope for the steady emergence of a Cuba that more generously recognizes the divergent expressions of its citizens’ rights, beginning with increasing satisfactory living standards and the faithful allotment of basic rights to every Cuban.

This entry was posted in RagBlog and tagged Human Rights, Latin America, The Left. Bookmark the permalink.