Throughout the early postwar era and emphatically during the 1960s, the politics of assassination came into play. 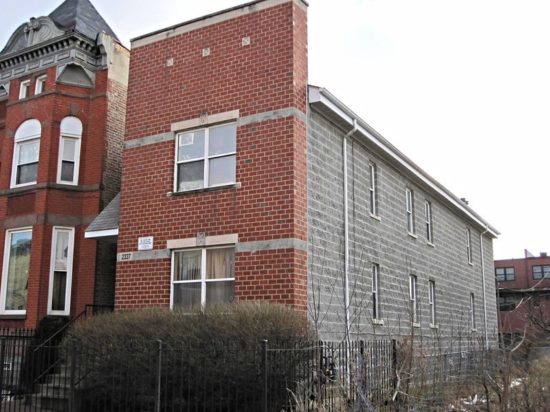 Site of assassination of Black Panthers Fred Hampton and Mark Clark by the Chicago Police at 2337 Monroe St., in Chicago on Dec. 4, 1969. Photo by Stephen Hogan / Flickr / Creative Commons 2.0.

I’m writing this on the morning of December 4, 2021, the 52nd (!) anniversary of the murder of Fred Hampton, just turned 20, and Mark Clark, a year older. Both were members of the Illinois chapter of the Black Panther Party, which was undergoing a concerted, too frequently deadly assault by law enforcement officials—local, state, and federal—across the country.

Hampton, chair of the Illinois chapter, also had recently founded the Rainbow Coalition. That was a multi-racial group that included the Young Lords, originally a Puerto Rican Chicago street gang that became drawn to radical political and social action, and the Young Patriots Organization, made up largely of Southern migrants who resided in decaying Uptown, Chicago, and also condemned the city’s historic pattern of discrimination and racism.

I liken the killing of Hampton with the death just under four years later of Chilean President Salvador Allende.

Appropriately or not, I liken the killing of Hampton, who offered a means to transform Chicago’s and the nation’s race relations, with the death just under four years later of Chilean President Salvador Allende, the democratically-elected head of state who seemingly died by his own hand amid a right-wing coup. Like Dr. Allende’s Popular Unity government, Hampton’s Rainbow Coalition promised — or threatened, depending on one’s vantage point — to usher in wholesale transformations in a largely peaceful fashion. That was simply and, long had been, unacceptable to various powers that be, whether in Czechoslovakia, Cuba, Iran, Guatemala, Hungary, South Africa, the Dominican Republic, Greece, Brazil, Ghana, Peru, or Mexico. Such a list is, unfortunately, hardly exclusive but rather illustrative.

Throughout the early postwar era and emphatically during the 1960s, the politics of assassination came into play. Although at times I like to credit myself with coining this phrase, the political scientist Murray Clark Havens employed it in a book titled precisely that, released on January 1, 1970. Perhaps I encountered that volume at some point, perhaps not. Regardless, I have referred to the concept in my writing and teaching during the past several decades.

Reflecting on the fate suffered by the gifted Hampton and his Panther mate Clark, I can’t help but consider the January 2011 shooting of Representative Gabby Giffords, a then 40-year-old rising star in Democratic Party ranks. Despite traumatic brain injury, Giffords survived but her political career soon ended; alongside her husband Mark Kelly, the former astronaut and now a U.S. Senator from their home state of Arizona, Giffords has remained actively involved in gun control efforts. That was something Senator Robert F. Kennedy strongly supported following the assassination of his brother, President John F. Kennedy, and in the wake of the murder of civil rights leader Martin Luther King Jr. Like JFK and Reverend King, RFK became another victim of the politics of assassination on June 6, 1968.

All of this comes to mind as right-wing miscreants readily bandy about rhetoric potentially imperiling the lives of public officials, or, indeed, seemingly anyone contradicting their determined support of Donald J. Trump’s attempts to subvert the American democratic process. Most recently, Alexander Ocasio-Cortez, a member of the progressive “Squad” initially also made of fellow Congress members Ilhan Omar, Ayanna Presley, and Rashida Tlaib, with Jamaal Bowman and Cori Bush soon added to the mix, has endured death threats. Among the most recent of the threats, which have befallen the Squad altogether, was one directed at AOC by Arizona Congressman Paul Gosar in the form of an anime video displaying him murdering her before attacking President Joe Biden. For her part, Colorado Representative Lauren Boebert has repeatedly suggested that Omar, one of only three Muslims currently holding congressional seats, is a terrorist linked to a “suicide squad.”

As a firm believer in a near absolute application of the First Amendment, I hesitate to state the obvious: words do matter. They can indeed be dangerous. But a growing number of political actors demonstrate a readiness to support not simply the vilification of their opponents but attacks, including physical ones, against them. This includes and has often been spearheaded by “the former guy,” as President Biden refers to Trump, and Trump’s neo-fascist backers who are increasingly peopling Republican Party ranks at all levels. One can only hope that such charged language does not translate into more incidents of violence, such as befell Representative Giffords all too recently and so many luminous progressive figures, both here and abroad, previously and since.

[Robert C. Cottrell, professor of history and American studies at Cal State Chico, is the author of All-American Rebels: The American Left from the Wobblies to Today and Sex, Drugs , and Rock ‘n’ Roll: The Rise of America’s 1960s counterculture..]