Rogers: "We’re Going to Have a Lost Decade" 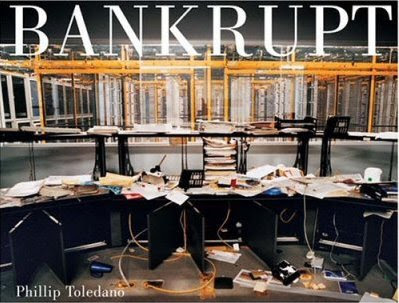 NEW YORK – Jim Rogers, one of the world’s most prominent international investors, on Thursday called most of the largest U.S. banks “totally bankrupt,” and said government efforts to fix the sector are wrongheaded.

Speaking by teleconference at the Reuters Investment Outlook 2009 Summit, the co-founder with George Soros of the Quantum Fund, said the government’s $700 billion rescue package for the sector doesn’t address how banks manage their balance sheets, and instead rewards weaker lenders with new capital.

Dozens of banks have won infusions from the Troubled Asset Relief Program created in early October, just after the Sept 15 bankruptcy filing by Lehman Brothers Holdings Inc (LEHMQ.PK: Quote, Profile, Research, Stock Buzz). Some of the funds are being used for acquisitions.

“Without giving specific names, most of the significant American banks, the larger banks, are bankrupt, totally bankrupt,” said Rogers, who is now a private investor.

Now a specialist in commodities, Rogers said he has used the recent rally in the U.S. dollar as an opportunity to exit dollar-denominated assets.

While not saying how long the U.S. economic recession will last, he said conditions could ultimately mirror those of Japan in the 1990s. “The way things are going, we’re going to have a lost decade too, just like the 1970s,” he said.

But Rogers said sound U.S. lenders remain. He said these could include banks that don’t make or hold subprime mortgages, or which have high ratios of deposits to equity, “all the classic old ratios that most banks in America forgot or started ignoring because they were too old-fashioned.”

Many analysts cite Lehman’s Sept 15 bankruptcy as a trigger for the recent cratering in the economy and stock markets.

Rogers called that idea “laughable,” noting that banks have been failing for hundreds of years. And yet, he said policymakers aren’t doing enough to prevent another Lehman.

“Governments are making mistakes,” he said. “They’re saying to all the banks, you don’t have to tell us your situation. You can continue to use your balance sheet that is phony…. All these guys are bankrupt, they’re still worrying about their bonuses, they’re still trying to pay their dividends, and the whole system is weakened.”

Rogers said is investing in growth areas in China and Taiwan, in such areas as water treatment and agriculture, and recently bought positions in energy and agriculture indexes.

This entry was posted in RagBlog and tagged Bank Bailouts, Banking, Bankruptcy, Economy. Bookmark the permalink.

1 Response to Rogers: "We’re Going to Have a Lost Decade"