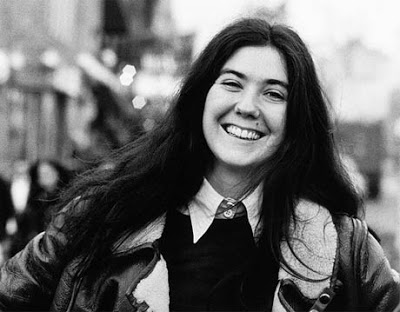 
“Some say the heart is just like a wheel, once you bend it, you just can’t mend it…”

See Video of Kate and Anna McGarrigle singing ‘Heart Like a Wheel,’ Below.

Growing up with music in the home is a lost tradition. Not kids with iPods at the dinner table, but whole families singing together. No one will ever know how much we have lost not singing in the home. We’re not singing weekly at church much either. Wouldn’t we get worried if the birds stopped singing? Maybe the canary in the coal mine is us.

As the 1960s ground down into the 1970s, the singer songwriter phenomenon was upon us. Folks like James Taylor (of the singing Taylor family), Joni Mitchell, Laura Nyro, Carole King and many others used elements of folk, rock, show music, soul to create “personal statements.” The me “decade(s)” were here and the narcissistic singer songwriters were either its most benign aspect or a just another part of the overall problem.

One of the artists whose singer songwriter contributions never veered far from the pure folk Americana roots yet who still managed to reach a large audience with her deep personal statements would have to be Kate McGarrigle, sister singer with Anna McGarrigle in the McGarrigle Sisters. Obviously the children of Frank and Gaby who lived north of Montreal. Their first release, “Kate and Anna McGarrigle” (1976) was a welcome breath of northern fresh air in a punk- and discoed-out dismal period for music. Over the decades more sweet music followed.

Kate’s soul searching compositions and the sisters’ warm yet ghostly harmonies brought back memories of the phenomenal Boswell Sisters from the early 1930s. The Boswells were a wonderful singing trio from New Orleans who mixed old folk harmonies with incredibly clever jazz scat arrangements, largely the creative work of arranger/lead singer Connie Boswell. 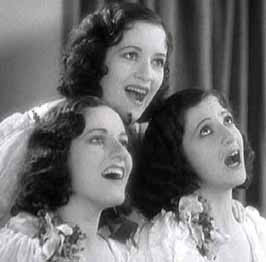 The Boswell Sisters.
Saying the McGarrigle Sisters were reminiscent of the Boswell Sisters is high praise indeed. There is an intuitive quality to true native sibling harmony that predates everything else humanity has ever come up with. Kate and Anna’s songs breathe with the life of sentiment and sincerity, like music from an age when those words had deep human meanings. Like Stephen Foster.

Success in the pop/folk world can be a mixed blessing. For Kate, marriage to ultra clever American singer songwriter Loudon Wainwright III ended in divorce after they produced two offspring. Mr. Wainwright must have thought he was being extremely clever when he released a song about his breast feeding son: “Rufus is a Tit Man.” Rufus Wainwright grew up to defy his dad on that score (as clever children often do), by becoming perhaps the premier U.S. gay singer hearthrob. Daughter Martha Wainwright has also courted scandal occasionally in her quest for fame as a singer. Many people may know Kate McGarrigle nowadays as the mom of her notorious kids, Rufus and Martha.

But of course, that’s just today’s news. Yesterday’s news is often far more interesting, and believe it or not, can also be much more relevant. The McGarrigle Sisters won’t be making any more new music together in this realm because this week Kate passed away at age 63. But one extremely persuasive theory has it that music is eternal. Certainly the music Kate McGarrigle tapped into with her sister was of that variety. Listen now and you’re sure to hear one of their sweet plaintive songs:

“Some say the heart is just like a wheel, once you bend it, you just can’t mend it…”

1 Response to Songbird Kate McGarrigle : Heart Like a Wheel