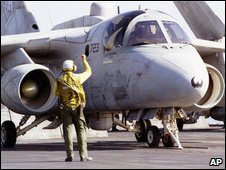 Purchasing power long ago overtook manpower as the most important lever in the race towards military might.

Currently, personnel expenditure accounts for less than 40% of global defence spending, according to Datamonitor.

As hi-tech machinery continues to reduce the need to use soldiers to fight wars, this proportion is shrinking.

Meanwhile, the amount spent on defence is soaring in every region of the world.

At a time when a deep economic recession is causing much turbulence in the civilian world – buffeting both airlines and aerospace companies – defence giants such as Boeing and EADS, or Finmeccanica and Northrop Grumman, are thus enjoying a reliable and growing revenue stream from countries eager to increase their military might. 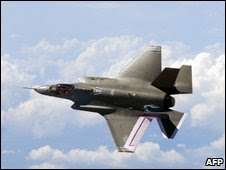 Both geopolitical hostilities and domestic violence tend to flare up during downturns.

Last year, for instance, high food and fuel prices during the first part of the year and the recession later in the year eroded peace, according to the Global Peace Index, published by the Institute for Economics and Peace.

On the domestic stage, meanwhile, “rapidly rising unemployment, pay freezes and falls in the value of house prices, savings and pensions is causing popular resentment”, the report says.

Shareholders and employees in the aerospace and defence industry are clearly the ones who benefit most from growing defence spending. 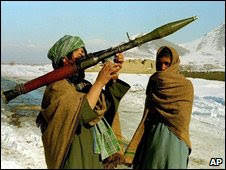 Defence companies, whose main task is to aid governments’ efforts to defend or acquire territory, routinely highlight their capacity to contribute to economic growth and to provide employment.

Indeed, some $2.4 trillion (£1.5tr), or 4.4%, of the global economy “is dependent on violence”, according to the Global Peace Index, referring to “industries that create or manage violence” – or the defence industry.

Take China, which has doubled its defence budget since 2006 and is planning yet another 15% rise in its official defence budget this year to 480bn yuan ($70bn; £43bn).

The hope is that the additional defence spending should act as a fiscal stimulus and thus help to get the Chinese economy’s wheels turning even faster.

China is not the only Asian country to boost its defence budgets.

Last year, Asia overtook Europe as the second-biggest military spender ($173bn), after the US ($374bn) and ahead of European Nato members ($144bn), according to the International Institute for Strategic Studies (IISS). 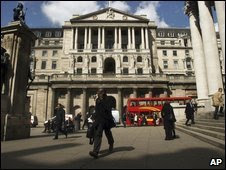 Bank of England, City of London.

If the cost of investing in proactive peace-creation was minimal compared to the lost potential caused by violence, then would it not be fitting for business to engage with government to create peace in the markets in which they operate? Global Peace Index.

Undoubtedly, such additional cash injections will reap benefits in the economies concerned.

But if “violence”, or the threat of such, is economically beneficial, then peace – the “absence of violence” – is even more valuable, according to the Global Peace Index, which has calculated its value in US dollar terms.

“Ideally, living without the threat of instability would mean the violence dollars could be redeployed into areas that would cause other less destructive markets to grow,” the report says.

The economic bonus of peace – or the removal of the cost of “lost peace” – would be $7.2tn a year, based on latest data from 2007, the report has found.

“There is a very, very strong correlation between peace and wealth,” Steve Killelea, founder of the Global Peace Index.

To reach this figure, the report’s authors set out to identify the “peace industry”, as distinct from the defence industry.

“The peace industry comprises those companies and industries whose markets improve, or whose costs decrease with improving peacefulness,” it says.

The report’s findings are not as abstract as they may at first seem. Not only does it insist that “wars are no longer economically viable”. It also calls for companies to promote peace:

“If the cost of investing in proactive peace-creation was minimal compared to the lost potential caused by violence, then would it not be fitting for business to engage with government to create peace in the markets in which they operate?”

Since the end of the Cold War in 1989, the world has become a more peaceful place, as “more wars have ceased than have started”, the Global Peace Index observes. 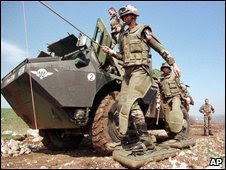 “One of the biggest beneficiaries of this has been business.”

This is a direct result of what the report calls a “virtuous cycle”, where productive employment – which can only arise if there is peace – leads to wealth creation.

“People become motivated by the improved standard of their lives, rather than seeking retribution for past wrongs,” it says.

And that, the report insists, is what is good for business.