Barbara Ehrenreich to Journalism Grads : Welcome to the Working Class 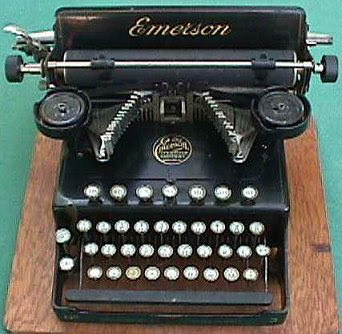 Drop your sense of entitlement, Ehrenreich tells a graduating class of media makers, journalists are now ‘part of the working class.’

[The following is the text of Barbara Ehrenreich’s commencement address on May 16 to the University of California, Berkeley Graduate School of Journalism Class of 2009.]

The dean gave me some very strict instructions about what to say today. No whining and no crying at the podium. No wringing of hands or gnashing of teeth. Be upbeat, be optimistic, he said — adding that it wouldn’t hurt to throw in a few tips about how to apply for food stamps.

Well, you are not alone.

How do you think it feels to be an autoworker right now? And I’ve spent time with plenty of laid-off paper-mill workers, construction workers and miners. They’ve got skills; they’ve got experience. They just don’t have jobs.

So let me be the first to say this to you: Welcome to the American working class.

You won’t get rich, unless of course you develop a sideline in blackmail or bank robbery. You’ll be living some of the problems you report on — the struggle for health insurance, for child care, for affordable housing. You might never have a cleaning lady. In fact, you might be one. I can’t tell you how many writers I know who have moonlighted as cleaning ladies or waitresses. And you know what? They were good writers. And good cleaning ladies, too, which is no small thing.

Let me tell you about my own career, which I think is relevant, not because I’m representative or exemplary in any way, but because I’ve seen some real ups and downs in this business.

I didn’t start out to be a freelance writer or a journalist, but after a number of false starts and digressions, I discovered that’s what I really loved doing. In about 1980, I was a single mother of two small children, and my work quota was four articles or columns a month. I did my research at the public library. I bought my clothes at Kmart or consignment stores. The kids did not get any special lessons or, when the time came, SAT prep courses.

Then came the fat times, in the ’90s, which I realize now were an anomaly in the history of journalism. The industry was booming; editors would take me out for three-course lunches in Manhattan. I’ll never forget one of those lunches: It was with the top editor of Esquire, and I was trying to pitch him a story on poverty. He looked increasingly bored as we got through the field greens with goat cheese, the tuna carpaccio and so forth — until we finally got to the death-by-chocolate dessert, and he finally said, “OK, do your thing on poverty — but make it upscale.”

It was still an uphill struggle to write what I cared about, but at least I was getting generously paid — up to $10 a word by Time magazine. Imagine that — $10 a word. Most Americans would be happy to make $10 an hour.

Then, bit by bit, it all began to fall apart. The newsweeklies: Time let me go in 1997. The book-publishing industry was in tatters by 2005. And then the newspapers began to shrink within my hands or actually disappear. I was beginning to feel a certain kinship with blacksmiths and elevator operators when the recession hit in 2008, and every single income stream I had began to dry up.

But it was the recession, of course, that saved me from self-pity. I began to get sick and tired of the typical media recession story — which was about rich people having to cut back on the hours they spend with their personal trainers. All right, I realize those are man-bites-dog stories compared to a story about a laid-off roofer being evicted from his trailer home. But it seemed to me that the recession had absolutely eliminated the poor and the working class from the media consciousness. Once again, they had disappeared from sight.

So a couple of weeks ago, I pitched a certain well-known newspaper a series of reported essays on precisely this topic. They took it — but at about only one-quarter of what they had paid me for writing columns five years ago, barely enough to cover expenses. That bothered me. But then I had a kind of epiphany and realized: I’ve got to do this anyway. I’m on a mission, and I’ll do whatever it takes.

Which brings me back to the subject of journalism as a profession. We are not part of an elite. We are part of the working class, which is exactly how journalists have seen themselves through most of American history — as working stiffs. We can be underpaid, we can be jerked around, we can be laid off arbitrarily — just like any autoworker or mechanic or hotel housekeeper or flight attendant.

But there is this difference: A laid-off autoworker doesn’t go into his or her garage and assemble cars by hand. But we — journalists — we can’t stop doing what we do.

As long as there is a story to be told, an injustice to be exposed, a mystery to be solved, we will find a way to do it. A recession won’t stop us. A dying industry won’t stop us. Even poverty won’t stop us, because we are all on a mission here. That’s the meaning of your journalism degree. Do not consider it a certificate promising some sort of entitlement. Consider it a license to fight.

In the ’70s, it was gonzo journalism. For us right now, it’s guerrilla journalism, and we will not be stopped.

[Barbara Ehrenreich is the author of This Land is Their Land: Reports From a Divided Nation (Holt Paperbacks, April 2009). She delivered this commencement address on May 16 to the University of California, Berkeley Graduate School of Journalism Class of 2009.]

This entry was posted in RagBlog and tagged Campuses, Economy, Journalism, Working Class. Bookmark the permalink.

2 Responses to Barbara Ehrenreich to Journalism Grads : Welcome to the Working Class