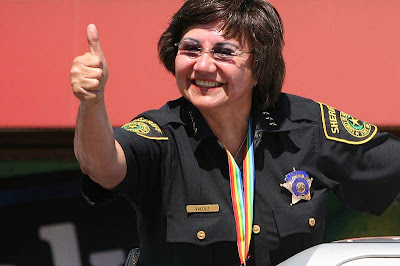 Then he went about getting it done.

With an arsenal of arm-twisting and back-bending, high decibel threats and tearful pleas, hardball politics and personal intimidation, invoking the prospect of race riots and the promise of true moral triumph, Johnson pushed the provocative legislation through a reluctant Congress.
An attempt to kill the bill led one southern Senator to add the hysterical idea of gender discrimination to the list of no longer approved prejudices. The bill passed anyway. And that incidental victory helped pave the way for women to rise to power in business and politics, academics and law.
Only a Southerner could have shoved the bill through; only a man who grew up in segregation, only a politician who understood race and the risks of avoiding or addressing the subject. Only Lyndon Johnson understood with complete clarity that taking on civil rights would cost his party dearly.
He told fellow Democrats that the Civil Rights Act and the Voting Rights Act, which he also championed and won, would deny his party the South for a generation. He was wrong about that. It has actually taken the Democrats longer to regain their footing down here.
But he was right about the morality, right about taking the risk and right about the outcome.

In Austin last week, an old friend of LBJ’s told me that the late president would have been heartbreakingly proud to see a black man and a white woman duking it out for the votes of Texas Democrats.

He said Lyndon would have loved all the excitement, that he would have thrived on the twangy chaos of the caucuses, the messy passions of Texas primary voters and the ferocity of the fight, that he would have been thrilled at the power of the ground game each candidate fielded and the arguments the would-be presidents unleashed.
“My fellow Americans,” as Johnson used to drawl in his speeches..l
What the hell took us so long?