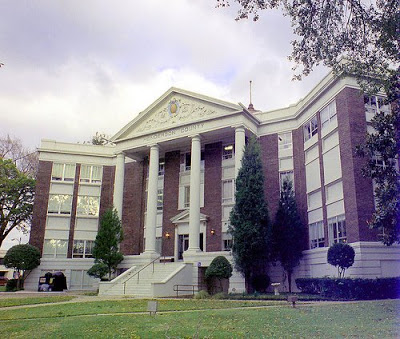 Over the last decade or so, even as crime has declined, most Texas jails have gotten fuller mostly because of a dramatic expansion in pretrial detention – in particular requiring bail instead of releasing offenders on personal recognizance bonds.

Indeed, for reasons I cannot explain, this pattern constitutes a statewide trend even though the decisions behind it are all made by local judges. According to Dr. Tony Fabelo, overall jail populations in Texas increased 18.6% between 2000-2007, while the number of pretrial detainees increased 49.2% over the same period.

With this decision, though, comes all the costs resulting from jail overcrowding – particularly health care for inmates.

In two ugly cases this year in Henderson County, a judge refused to offer a female defendant a personal bond, then while incarcerated they became sick unto death. Reports the Athens Review (“Second inmate dies after jail release,” Aug. 1 ):

Like Debra Lee Newton, Donna Carroll, 49, of Mabank was released from jail on a personal recognizance bond a few days before she died earlier this month.

The cases of the two women are similar in some respects.

Both were handled by area police on drug charges. Both became ill while in the Henderson County Jail. And both were released on $5,000 personal recognizance bonds once it was determined they needed major medical attention.

Both also died within several days of being released from Henderson County Sheriff’s Department custody.

While Newton’s body was disposed of without an autopsy being performed, Carroll’s body was autopsied.

Carrol’s death was “unattended” at her home in Mabank. State law requires that all such deaths undergo autopsy.

Newton died at ETMC as a patient of the hospital.

The article goes on to speculate that health problems related to meth abuse may have caused these women’s deaths, but there are policy concerns that won’t be satisfied with that explanation.

In the case of Debra Newton, she’d been in the jail two months before a judge released her on a personal bond and deputies took her to the local hospital where she later died. So even if drug abuse caused her problem, she’d presumably been off drugs and under the jail’s care for two full months. If either a) she was able to get drugs in the jail or b) the Sheriff did not provide adequate health care, the county may still be at fault.

Finding another, similar case makes me think the county simply has too many people in its jail to provide adequate health care. These women had not been sentenced, they were being held pretrial on drug charges because they could not make bail and a judge denied them personal bonds. Then, when healthcare costs became too dear, probably the same judge decided they were safe to release on their own recognizance, conveniently eliminating the county’s obligation to pick up the tab for their health care.

When judges require bail for low-level offenses, they’re undertaking costs to the taxpayers that can easily rise if the person gets sick or must stay in jail many months awaiting trial. Counties unwilling to meet their obligation to provide health care to inmates shouldn’t incarcerate so many of them prior to sentencing. But once they do, they’re the county’s responsibility when they get sick; jailers and judges can’t just dump sick inmates at home or in the local E.R. and wash their hands of the matter.