(Angus Reid Global Monitor) – Two-in-five adults in the United States believe the coalition effort should be over in 2009, according to a poll by Rasmussen Reports. 39 per cent of respondents think the United States should bring all troops home from Iraq within a year, up two points since February.

In addition, 26 per cent of respondents would withdraw all soldiers immediately, and 31 per cent want them to remain in Iraq until the mission is complete.

Read all of it here. Global Monitor.

And here is another reason to end this war now. 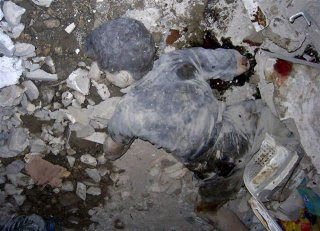 Nearly all of the $516 billion allocated by Congress to fund the wars in Afghanistan and Iraq has come in the form of emergency spending requests, a method the White House has abused, depriving Congress the ability to scrutinize how the Pentagon spends money in the so-called global war on terror. The use of emergency supplemental bills to fund the wars has likely resulted in the waste of billions of taxpayer dollars, according to a recent report from the Congressional Research Service (CRS), the investigative arm of Congress.

Dozens of emergency funding requests that Congress has approved since 2001 is unprecedented compared with past military conflicts when war funding went through the normal appropriations process. As of March, CRS said average monthly costs to fund military operations in Iraq and Afghanistan has reached roughly $12.3 billion, $10 billion for Iraq alone, more than double what it cost to fund the war in 2004.

“Over 90% of [the Department of Defense] funds were provided as emergency funds in supplemental or additional appropriations; the remainder were provided in regular defense bills or in transfers from regular appropriations,” the report said. “Emergency funding is exempt from ceilings applying to discretionary spending in Congress’s annual budget resolutions. Some Members have argued that continuing to fund ongoing operations in supplementals reduces congressional oversight.”

Vernonique de Rugy, a senior research fellow and budget scholar at the Mercatus Center at George Mason University, said funding the Iraq and Afghanistan wars through emergency legislation is troubling because the money “doesn’t get counted in deficit projections, making it hard to track the real cost of the war and effectively removing any upper limits on spending for the war.”

“Even seven years after the start of the war in Afghanistan, and five years after the start of the war in Iraq, Congress and the president are still using “emergency” funding bills to cover costs, rather than going through the regular appropriations process,” said de Rugy, who just published an article on the issue, “The Trillion-Dollar War,” in the May issue of Reason magazine. “While other wars have initially been funded using emergency supplementals, they have quickly been incorporated into the regular budget. Never before has emergency supplemental spending been used to fund an entire war and over the course of so many years.”

Most troubling about this trend, the CRS said in a report issued in February, is that while the Pentagon’s budget requests has steadily increased annually the reasons the Defense Department has cited to explain its skyrocketing costs “do not appear to be enough to explain the size of and continuation of increases.”

“Although some of the factors behind the rapid increase in DOD funding are known — the growing intensity of operations, additional force protection gear and equipment, substantial upgrades of equipment, converting units to modular configurations, and new funding to train and equip Iraqi security forces — these elements” fail to justify the increase, the CRS report stated, adding that “little of the $93 billion DOD increase between [fiscal year] 2004 and [fiscal year] 2007 appears to reflect changes in the number of deployed personnel.”

Furthermore, a $70 billion “placeholder” request included in the fiscal year 2009 budget that the Pentagon says will be used to finance operations in Iraq does not include any details on how the money will be spent “making it impossible to estimate its allocation,” according to the report.

The CRS added the Pentagon has used emergency supplemental requests to get Congress to fund equipment and vehicle upgrades that would otherwise come out of the Pentagon’s annual budget. The Pentagon has succeeded largely due to a new way it now defines the war on terror.

“Although some of this increase may reflect additional force protection and replacement of “stressed” equipment, much may be in response to [Deputy Secretary of Defense Gordon] England’s new guidance to fund requirements for the “longer war” rather than DOD’s traditional definition of war costs as strictly related to immediate war needs,” the GAO report says, adding that Congress must immediately begin to demand a more transparent accounting of Pentagon emergency spending in order to put an end to the agency’s accounting chicanery.

“For example, the Navy initially requested $450 million for six EA-18G aircraft, a new electronic warfare version of the F-18, and the Air Force $389 million for two Joint Strike Fighters, an aircraft just entering production; such new aircraft would not be delivered for about three years and so could not be used meet immediate war needs,” the CRS report said.

This entry was posted in RagBlog and tagged Iraq, Military, Public Opinion. Bookmark the permalink.