Trembling with Indignation at Every Injustice 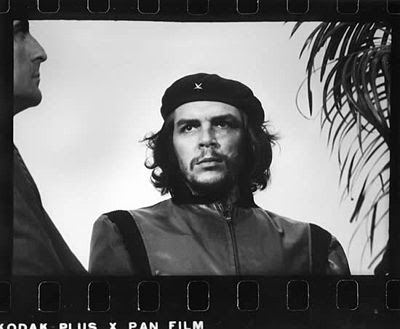 Hope is the worst of evils, for it prolongs the torments of man. – Friedrich Nietzsche

We can’t give up hope, I’m often told. Keep hope alive, the saying goes. If we lose hope, nothing will ever change… or so they believe. Well, I’m here to say: Fuck hope. We live on a planet brimming with hope yet that same planet is under perpetual assault… and the hopers are losing. The corporations raping our eco-systems don’t hope they can steal more land, exploit it, poison it, and make boatloads of cash. They make a plan and make it happen… damn the torpedoes. (You might even call it “direct action.”)

Monsanto doesn’t put its faith in candlelight vigils or humans standing in the shape of a peace sign. They get busy putting their people into positions of power, writing legislation, and bullying and smashing anyone opposed to their insane agenda.

McDonald’s doesn’t waste time hoping things will go its way when its days are chock filled with brainwashing, killing, poisoning, destroying… and counting its profits. Hope never enters into the equation.

Author Derrick Jensen explains the impotency of hope as good as anyone: “I’m not, for example, going to say I hope I eat something tomorrow. I just will. I don’t hope I take another breath right now, nor that I finish writing this sentence. I just do them. On the other hand, I do hope that the next time I get on a plane, it doesn’t crash. To hope for some result means you have given up any agency concerning it. Many people say they hope the dominant culture stops destroying the world. By saying that, they’ve assumed that the destruction will continue, at least in the short term, and they’ve stepped away from their own ability to participate in stopping it.”

If Jensen makes it sound an awful lot like religion, well, for most folks, the verb “hope” is virtually synonymous with “pray,” while “hope” the noun is often interchangeable with “faith.”

Hope is for suckers.

How about some good old-fashioned anger, rage, and passion? (Che sez: “If you tremble with indignation at every injustice then you are a comrade of mine.”) Let’s forget hope and aim for vision, clarity, strategy, courage, and finally: some goddamned results. “Creativity comes from trust,” sez Rita Mae Brown. “Trust your instincts. And never hope more than you work” (as they say in South Florida: bingo).

At its worst, hope is a dangerous cop-out. At best, it’s a frivolous idea. But even so, as Henry Miller sez: “Ideas have to be wedded to action.”