The Oil Industry: Birds of a Feather … 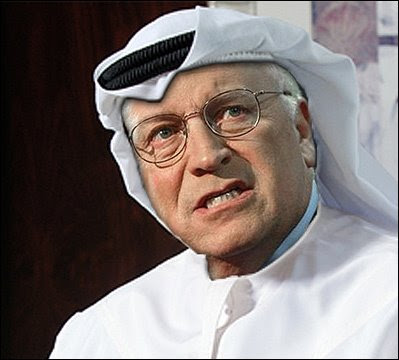 A former colleague of the US Vice-President, Dick Cheney, has pleaded guilty to funnelling millions of dollars in bribes to win lucrative contracts in Nigeria for Halliburton, during the period in the Nineties when Mr Cheney ran the giant oil and gas services company.

Albert Stanley, who was appointed by Mr Cheney as chief executive of Halliburton’s subsidiary KBR, admitted using a north London lawyer to channel payments to Nigerian officials as part of a bribery scheme that landed some $6bn of work in the country over a decade.

The guilty plea, announced yesterday, came after a four-year investigation by US attorneys and threatens to stir up old controversies just as eyes are trained on the Republican party convention. Mr Cheney, who pulled out of an address to the convention because of Hurricane Gustav earlier this week, led Halliburton from 1995 until returning to government in 2000. He had previously been Defence Secretary under the first President George Bush, and the links with Halliburton have been a constant thorn in the side of the current administration as the company has gone on to win billions of dollars of contracts in Iraq and other US military spheres.

The corruption scandal which exploded back into life yesterday centres on more than $180m channelled into Nigeria via intermediaries between 1994 – before Mr Stanley’s employer was acquired by Halliburton – and 2004. Prosecutors allege that the payments were vital to a KBR-led consortium securing a succession of construction projects related to a liquefied natural gas plant at Bonny Island, on the Atlantic coast of Nigeria.

KBR suspended Stanley in 2004 after $5m was found in his Swiss bank account.

The investigation – which began in 2004 and has involved investigators in Nigeria, Switzerland, France and the UK, as well as the US – has turned up handwritten notes by a former KBR executive that bribes may have reached the former Nigerian dictator Sani Abacha, whose regime was accused of human rights abuses.

Bringing its legal action yesterday, the Department of Justice and the Securities and Exchange Commission – America’s corporate watchdog – said Stanley and others met high-ranking Nigerian government officials and their representatives on at least four occasions to arrange the bribe payments. To conceal the illicit payments, Stanley and others approved entering into sham contracts with two “agents” to funnel money to the Nigerian officials.

Investigations by French officials several years ago revealed that one of the agents was Jeffrey Tesler, a small-time solicitor based on a run-down high street in Tottenham, north London. Mr Tesler has long-standing ties in Nigeria, and worked as consultant to KBR’s Nigerian joint venture. Mr Tesler was identified in yesterday’s legal actions only as “the UK agent”, and has not been charged with any crime. Attempts to contact Mr Tesler last night were unsuccessful.

Stanley admitted one count under the Foreign Corrupt Practices Act – which outlaws bribery by executives and companies operating in the US, regardless of where in the world the corruption is taking place – and a further count of fraud. He faces 10 years in jail, and has agreed to pay $10.8m in restitution. He has also agreed to co-operate with the authorities as they continue their investigation into the bribery scandal.

Mr Cheney appointed Stanley to run KBR in 1999, when the subsidiary was created after Halliburton’s acquisition of UK-controlled MW Kellogg, where Stanley had been an executive. There is no suggestion that Mr Cheney knew at the time of the acquisition, or subsequently, that bribery was involved in the Nigerian contracts.

This entry was posted in RagBlog and tagged Cheney, Criminal Justice, Oil Companies. Bookmark the permalink.