The Rag Blog :
METRO EVENT | Bill Fletcher Jr. speaks in Austin on the struggle for justice 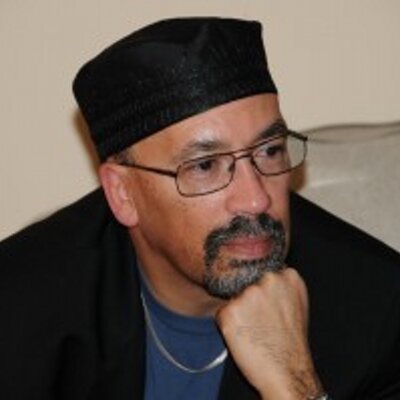 AUSTIN — Noted progressive activist, author, columnist, and commentator Bill Fletcher Jr. will speak in Austin on Tuesday, July 14, at 7 p.m., at the St. James Episcopal Church. The topic is “From Ferguson to Jerusalem: The Struggle for Justice: Why the Lives of the Oppressed Mean Little to the Oppressor.”

Bill Fletcher Jr. is a racial justice, labor, and international activist. He was president of TransAfrica Forum, a nonprofit advocacy, research, and education center focused on justice for the African world; a Senior Scholar with the Institute of Policy Studies; an editorial board member of BlackCommentator.com; and a steering committee member of the U.S. Campaign to End the Israeli Occupation.

Fletcher’s writing has appeared on The Rag Blog and he has been our guest on Rag Radio.

Two quotes from Bill Fletcher Jr. may offer a little perspective on the issues he’s going to address.

Fletcher recently led a small delegation of African-American artists to get a firsthand look at the daily lives of Palestinians. He writes:

Blink once, and you saw apartheid South Africa; blink twice, and you saw the Jim Crow South of the USA; blink three times, and you realized that you were not in the past, but in a very dangerous reality where an entire population is facing the prospect of perpetual marginalization and dispossession.

And Bill Fletcher Jr. on Ferguson:

Each time there is a police or extra-judicial killing of an African American I have two immediate responses. One is intense anger at the absence of legitimate democratic rule in the USA exemplified by the ability of the State as well as hate groups, to snuff out the life of African Americans at will. The second response is the recognition that this is an experience of terror that envelopes every person who is identifiably Black and, for that matter, other peoples who are of the “darker races.”

This event, sponsored by the Interfaith Community for Palestinian Rights and the People’s Task Force, is free and open to the public.