The Surge Is Prolonging Instability 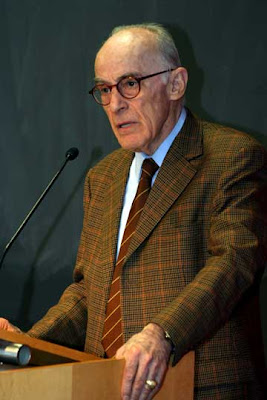 Good morning Mr. Chairman and members of the committee. It is an honor to appear before you again. The last occasion was in January 2007, when the topic was the troop surge. Today you are asking if it has worked. Last year I rejected the claim that it was a new strategy. Rather, I said, it is a new tactic used to achieve the same old strategic aim, political stability. And I foresaw no serious prospects for success.

I see no reason to change my judgment now. The surge is prolonging instability, not creating the conditions for unity as the president claims.

Last year, General Petraeus wisely declined to promise a military solution to this political problem, saying that he could lower the level of violence, allowing a limited time for the Iraqi leaders to strike a political deal. Violence has been temporarily reduced but today there is credible evidence that the political situation is far more fragmented. And currently we see violence surge in Baghdad and Basra. In fact, it has also remained sporadic and significant inseveral other parts of Iraq over the past year, notwithstanding the notable drop in Baghdad and Anbar Province.

More disturbing, Prime Minister Maliki has initiated military action and then dragged in US forces to help his own troops destroy his Shiite competitors. This is a political setback, not a political solution. Such is the result of the surge tactic.

No less disturbing has been the steady violence in the Mosul area, and the tensions in Kirkuk between Kurds, Arabs, and Turkomen. A showdown over control of the oil fields there surely awaits us. And the idea that some kind of a federal solution can cut this Gordian knot strikes me as a wild fantasy, wholly out of touch with Kurdish realities.

Also disturbing is Turkey’s military incursion to destroy Kurdish PKK groups in the border region. That confronted the US government with a choice: either to support its NATO ally, or to make good on its commitment to Kurdish leaders to insure their security. It chose the former, and that makes it clear to the Kurds that the United States will sacrifice their security to its larger interests in Turkey.

Turning to the apparent success in Anbar province and a few other Sunni areas, this is not the positive situation it is purported to be. Certainly violence has declined as local Sunni shieks have begun to cooperate with US forces. But the surge tactic cannot be given full credit. The decline started earlier on Sunni initiative. What are their motives? First, anger at al Qaeda operatives and second, their financial plight.

Their break with al Qaeda should give us little comfort. The Sunnis welcomed anyone who would help them kill Americans, including al Qaeda. The concern we hear the president and his aides express about a residual base left for al Qaeda if we withdraw is utter nonsense. The Sunnis will soon destroy al Qaeda if we leave Iraq. The Kurds do not allow them in their region, and the Shiites, like the Iranians, detest al Qaeda. To understand why, one need only take note of the al Qaeda public diplomacy campaign over the past year or so on internet blogs. They implore the United States to bomb and invade Iran and destroy this apostate Shiite regime. As an aside, it gives me pause to learn that our vice president and some members of the Senate are aligned with al Qaeda on spreading the war to Iran.

Let me emphasize that our new Sunni friends insist on being paid for their loyalty. I have heard, for example, a rough estimate that the cost in one area of about 100 square kilometers is $250,000 per day. And periodically they threaten to defect unless their fees are increased. You might want to find out the total costs for these deals forecasted for the next several years, because they are not small and they do not promise to end. Remember, we do not own these people. We merely rent them. And they can break the lease at any moment. At the same time, this deal protects them to some degree from the government’s troops and police, hardly a sign of political reconciliation.

Now let us consider the implications of the proliferating deals with the Sunni strongmen. They are far from unified among themselves. Some remain with al Qaeda. Many who break and join our forces are beholden to no one. Thus the decline in violence reflects a dispersion of power to dozens of local strong men who distrust the government and occasionally fight among themselves. Thus the basic military situation is far worse because of the proliferation of armed groups under local military chiefs who follow a proliferating number of political bosses.

This can hardly be called greater military stability, much less progress toward political consolidation, and to call it fragility that needs more time to become success is to ignore its implications. At the same time, Prime Minister Maliki’s military actions in Basra and Baghdad, indicate even wider political and military fragmentation. We are witnessing is more accurately described as the road to the Balkanization of Iraq, that is, political fragmentation. We are being asked by the president to believe that this shift of so much power and finance to so many local chieftains is the road to political centralization. He describes the process as building the state from the bottom up.

I challenge you to press the administration’s witnesses this week to explain this absurdity. Ask them to name a single historical case where power has been aggregated successfully from local strong men to a central government except through bloody violence leading to a single winner, most often a dictator. That is the history of
feudal Europe’s transformation to the age of absolute monarchy. It is the story of the American colonization of the west and our Civil War. It took England 800 years to subdue clan rule on what is now the English-Scottish border. And it is the source of violence in Bosnia and Kosovo.

How can our leaders celebrate this diffusion of power as effective state building? More accurately described, it has placed the United States astride several civil wars. And it allows all sides to consolidate, rearm, and refill their financial coffers at the US expense.

To sum up, we face a deteriorating political situation with an over extended army. When the administration’s witnesses appear before you, you should make them clarify how long the army and marines can sustain this band-aid strategy.

The only sensible strategy is to withdraw rapidly but in good order. Only that step can break the paralysis now gripping US strategy in the region. The next step is to choose a new aim, regional stability, not a meaningless victory in Iraq. And progress toward that goal requires revising our policy toward Iran. If the president merely renounced his threat of regime change by force, that could prompt Iran to lessen its support to Taliban groups in Afghanistan. Iran detests the Taliban and supports them only because they will kill more Americans in Afghanistan as retaliation in event of a US attack on Iran. Iran’s policy toward Iraq would also have to change radically as we withdraw. It cannot want instability there. Iraqi Shiites are Arabs, and they know that Persians look down on them. Cooperation between them has its limits.

No quick reconciliation between the US and Iran is likely, but US steps to make Iran feel more secure make it far more conceivable than a policy calculated to increase its insecurity. The president’s policy has reinforced Iran’s determination to acquire nuclear weapons, the very thing he purports to be trying to prevent.

Withdrawal from Iraq does not mean withdrawal from the region. It must include a realignment and reassertion of US forces and diplomacy that give us a better chance to achieve our aim.

A number of reasons are given for not withdrawing soon and completely. I have refuted them repeatedly before but they have more lives than a cat. Let try again me explain why they don’t make
sense.

First, it is insisted that we must leave behind military training element with no combat forces to secure them. This makes no sense at all. The idea that US military trainers left alone in Iraq can be safe and effective is flatly rejected by several NCOs and junior officers I have heard describe their personal experiences. Moreover, training foreign forces before they have a consolidated political authority to command their loyalty is a windmill tilt. Finally, Iraq is not short on military skills.

Second, it is insisted that chaos will follow our withdrawal. We heard that argument as the “domino theory” in Vietnam. Even so, the path to political stability will be bloody regardless of whether we withdraw or not. The idea that the United States has a moral responsibility to prevent this ignores that reality. We are certainly to blame for it, but we do not have the physical means to prevent it. American leaders who insist that it is in our power to do so are misleading both the public and themselves if they believe it. The real moral question is whether to risk the lives of more Americans. Unlike preventing chaos, we have the physical means to stop sending more troops where many will be killed or wounded. That is the moral responsibility to our country which no American leaders seems willing to assume.

Third, nay sayers insist that our withdrawal will create regional instability. This confuses cause with effect. Our forces in Iraq and our threat to change Iran’s regime are making the region unstable. Those who link instability with a US withdrawal have it exactly backwards. Our ostrich strategy of keeping our heads buried in the sands of Iraq has done nothing but advance our enemies’ interest.

I implore you to reject these fallacious excuses for prolonging the commitment of US forces to war in Iraq.

Thanks for this opportunity to testify today.