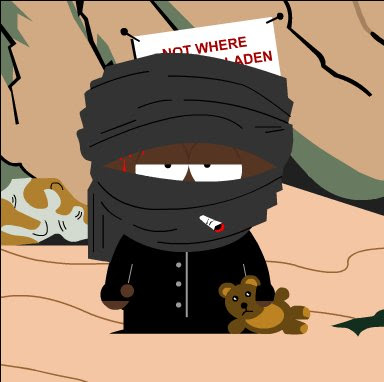 There won’t be any balloons dropping from the ceiling to mark this milestone. And if there are any bells and whistles, it will only be from the metal detector.

The American Civil Liberties Union held a news conference this morning to commemorate what it says is the addition of the millionth name to the nation’s terrorist watch list. The number is a calculation based on a 2007 Justice Department inspector general report, which said the database had 700,000 records and was growing by an average of 20,000 a month.

Since then, the ACLU has dutifully kept a tally on its Web site. The event and the counter are mostly symbolic — a theatrical way for the ACLU to call attention to “bloated watch lists” that have caused traveling trouble for Nelson Mandela, Sen. Ted Kennedy, federal air marshals and lots of people named Robert Johnson.

“Members of Congress, nuns, war heroes and other ‘suspicious characters,’ with names like Robert Johnson and Gary Smith, have become trapped in the Kafkaesque clutches of this list, with little hope of escape,” Caroline Fredrickson, director of the ACLU Washington Legislative Office, said in a statement.

But are there really a million people on the terrorist watch list?

“No,” says Chad Kolton, spokesman for the FBI’s Terrorist Screening Center, which manages the list.

The “million” number refers to records. The difference is a result of listing several different aliases or spellings for a suspected terrorist.

“That is not the same as 1 million names or 1 million individuals,” Mr. Kolton said. “It’s a little bit frustrating because I feel like they are getting away with muddying up the terms.”

The ACLU’s focus on the number clouds the success of the program, he added. Screening and law enforcement agencies encountered the actual people on the watch list (not false matches) more than 53,000 times from December 2003 to May 2007, according to a Government Accountability Office report last fall.

“The watch list has enhanced the U.S. government’s counterterrorism efforts by (1) helping frontline screening agencies obtain information to determine the level of threat a person poses and the appropriate action to take, if any, and (2) providing the opportunity to collect and share information on known or appropriately suspected terrorists with law enforcement agencies and the intelligence community,” the auditors wrote.

The addition of 20,000 names a month is a sign of increased military and intelligence efforts in the Middle East and Southeast Asia in the past few years, Mr. Kolton said. He noted that with 6.7 billion people in the world, “the small fraction of a fraction that are involved in terrorist activities still yield very large numbers.”

That large net ensnares many innocent travelers, leading to an erosion of civil liberties, the ACLU argues. People flagged by the watch list have reported having to go through extra screening or having to answer numerous questions to prove they are who they say they are. Others have been prevented from getting on planes.

Akif Rahman, a computer consultant who spoke at the press conference, said he has been repeatedly detained at airports and border crossings when trying to re-enter the country, according to a copy of his comments provided by the ACLU.

Once, after visiting relatives in Canada, “I was detained for more than five hours – extensively questioned, physically manhandled by a federal officer and shackled to a chair,” he said. “I was afraid, angry and humiliated. I simply could not believe this – I was born a U.S. citizen, simply re-entering my own country.”

The FBI and the Transportation Security Administration, which handles security at airport checkpoints, say they recognize passengers’ frustration and are doing what they can to stem false hits.

Frequently-stopped passengers who want to clear up the confusion about their identity can log on to a Department of Homeland Security Web site, where they can provide more information about themselves.

In addition, after three false matches, the Terrorist Screening Center checks the record in the watch list to see if the information is correct, if there’s any new information and if the person needs to be on the list at all, Mr. Kolton said.