Marilyn Katz :
Women vs. the Catholic Church, Round 2

Just whose rights was the Constitution written to protect? It is women, not institutions, who are at the center of this debate. 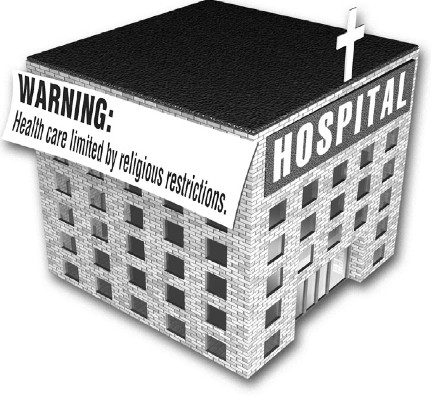 Exactly whom — or what — do the constitution’s guarantees of freedom protect? That’s the question that the Supreme Court has indicated it will take up when Supreme Court Justice Sonia Sotomayor surprised many, including me, by putting a temporary injunction against implementation of the aspects of the Affordable Care Act that require institutions to provide birth control coverage in its insurance offerings.

For those who might somehow have missed it, Judge Sotomayor’s actions came in response to a lawsuit filed by two organizations affiliated with the Catholic Church — both of which claim that the requirement violates the Constitution’s guarantee of freedom of religion.

The question is whose rights was the constitution written to protect?

While the employees of the organizations that filed the particular lawsuits under consideration by the Court — Little Sisters of the Aged and Christian Brothers Services of Illinois — would not be harmed (as they are members of religious orders who vow celibacy) the outcome of the Court case will have a huge impact on the millions of employees, patients, and students who rely on Catholic and other religious institutions for their education, healthcare, and more — be they Catholic or not.

Take health care for example. Health care in the U.S. is big business and no denomination is bigger in it than the Catholics. The top four, and seven of the 10 largest health care systems — more than 600 of the nation’s hospitals, many located in rural areas where they are the only source of health care — are run by Catholic organizations.

Not only are they the sites of nearly 6 million hospitalizations and 98 million outpatient visits each year, they employ nearly 1,000,000 full and part-time workers — with most patients and workers being non-Catholics.

The nation’s 244 Catholic universities and 7,500 Catholic schools employ more than 1 million and are attended by another 1 million students — the majority of whom are not Catholic.

So too is Catholic education. The nation’s 244 Catholic universities and 7,500 Catholic schools employ more than 1 million and are attended by another 1 million students — the majority of whom are not Catholic.

As I read the constitution, it is these 2 million employees and millions of students and patients whose constitutional rights, religious freedom — as well as their health and economic security — are at stake. When they signed on to work at a hospital, teach at a college or school, the employees did not agree to renounce their freedom of religion or sign on to Catholicism or live by its doctrines — they just signed on to do a job or get an education.

Nor has opposition to contraception been a long-standing and inviolable tenet of the Church. It was not until the 20th Century, when modern medicine, a greater understanding of human reproduction, and the crusading of Margaret Sanger for popular availability of contraception, made it possible for women to assert independent control of reproduction that the Catholic Church issued its first-ever prohibition of abortion, voluntary sterilization, and contraception.

Luckily for women, the Catholic Church lost its early 20th century battle to restrict contraception, its voice drowned out not only by Jewish, Protestant, Muslim, and other clergy, but by the courts that eventually agreed that the access to contraception was protected by five different constitutionally guaranteed rights. In making its arguments then the Supreme Court made it clear that the constitution and its amendments are fundamentally about guaranteeing the rights of individuals.

Millions of women work for, go to school at, or have spouses that work at or use Catholic social services, hospitals, universities, and schools.

Millions of women work for, go to school at, or have spouses that work at or use Catholic social services, hospitals, universities, and schools. It is these millions, not the dubious rights of institutions, that are intended by the Constitution and should be upheld by the Supreme Court — even one that thinks that corporations are people.

As to the rights of religious institutions to impose their beliefs on others? The government, the Church, and lawmakers have no problem compelling Christian Scientists to provide children with lifesaving health care, or prohibiting racists from discriminatory hiring and practices. Women’s health care choices and our rights are no less important or necessary.

With this in mind some may welcome the court’s scrutiny. I am less sanguine. This court has already indicated its inability to distinguish between the constitutionally guaranteed rights of individuals and those of institutions, as seen in the Citizens United case that conferred personhood on corporations.

For women’s sake, for their physical and economic health, one can only hope that the Court remembers that it is women, not institutions, whose rights are not only at the center of the debate, but at the heart of the Bill of Rights.

This article was also published at the Huffington Post and was cross-posted to The Rag Blog by the author.