Tom Hayden :
It’s time to act against escalation in Iraq and Iran

We must support diplomacy while pointing out there is no military solution. 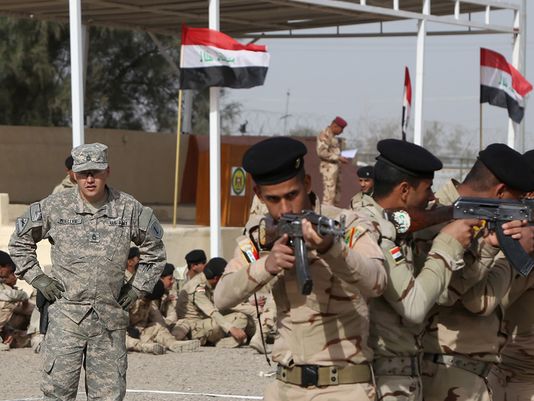 Peace and justice activists should — at the very least — send messages now to members of Congress and to 2016 candidates telling them that they will be held accountable if the new Iraq War turns into a quagmire and the diplomatic process with Iran breaks down.

First, Iraq. It would be a terrible mistake if any peace activists sit out the fight over whether Congress should authorize the next phase of the Iraq War. Currently many activists are insisting on a diplomatic resolution and are opposed to any congressional authorization for the use of military force.

It’s better to support diplomacy while pointing out there is no military solution, and at the same time pressuring Congress to clamp some constraints on escalation, which threatens to get worse.

Citizen action matters when congressional votes are close. Many members of Congress, haunted by memories of how voters retaliated for their earlier pro-war votes, are testing public sentiment before casting a vote this time around. As an example, consider retiring Senator Barbara Boxer, who now is expressing, “regret… for not doing more to rally opposition to the Iraq war,” and is feeling “discomfort” at the upcoming authorization. Boxer, on the one hand is a hawk who favors using the military against ISIS but also worries about an open-ended commitment leading to the deployment of American ground troops. She can be swayed by voters in California.

House Democrats are worried about voter sentiment as well. They voted to train and equip the Syrian opposition by a fairly narrow margin of 114-85 when the president requested their support in September.

“No blank check” is the current mantra of the Democratic majority, even of super hawk Senator Robert Menendez, a chronic Obama foe. The internal divisions are intense, both within and between the two parties. A modest but organized initiative by the peace movement can help deny the president a war authorization or at least place serious constraints on escalation.

The worried White House says it’s even willing to change the language of its proposed Iraq War authorization. The core White House demand, in both military and political terms, is to show unity for its current bombing campaign against the Islamic State. Further, it wants to carve loopholes in its original proposal to prohibit American boots on the ground.

Democrats worry about a replay of the ‘slippery slope’ to massive escalation.

That’s what worries wavering Democrats (and some Republicans), a possible replay of the “slippery slope” to massive escalations in Iraq, Afghanistan, and multiple battlefields in the war on terror. The latest formulation from the White House, to prevent only “enduring offensive ground combat operations,” has gained little traction in the deeply-divided Congress.

It’s at least possible that the authorization will fail, a historic reminder of the obstacles posed by the 1973 War Powers Act to an imperial presidency. In the more likely event that the authorization passes with certain restrictions on American combat troops, it may propel the Iraqi regime into an endgame. For example, the U.S. is backing a “decisive” spring offensive to take back Mosul from the Islamic State, but is depending so far on largely Shiite forces to defeat the Sunni-based IS, which includes large numbers of cadres from Saddam Hussein’s Iraqi armed forces of a decade ago. Saddam’s former forces are formidable veterans who are well trained and know the territory. They are using IS for expedient reasons in their quest for a Sunni revival. [1]

The question is whether the U.S. is prepared to reoccupy Iraq or pull out if Iraq plunges deeper into sectarian war. Can the U.S. retreat from the disaster it previously set in motion by backing a sectarian Shiite regime in Baghdad to replace a sectarian Sunni one that ruled before? That depends on the second question looming over Congress…

The battle with Netanyahu over Iran

Netanyahu’s divisive initiative to speak to the Republican Congress has divided American Jews and Democrats as never before. This is far more than a matter of protocols and politics, though it is that too. Netanyahu is deeply linked with Republican figures like the gambling magnate Sheldon Adelson who for years have contributed their private millions to vituperative, personal, and losing campaigns against Barack Obama. Conflicts within AIPAC and between AIPAC and the more liberal J Street are growing. But underneath the partisan quarrels are questions of war and peace.

If only because that war seems unthinkable, the Obama administration is trying to achieve a palatable diplomatic agreement.

Put simply, Netanyahu and Likud want to stamp out any sign of an Iranian nuclear power program, subvert the elected government in Teheran, and go to war with American backing to achieve their ends. If only because that war seems unthinkable, the Obama administration is trying to achieve a palatable diplomatic agreement that creates roadblocks to a nuclear Iran, eases economic sanctions on the regime, and saves the world from a regional war.

Iraq and Iran are linked

When Obama says he doesn’t want the U.S. to become “the Shiite air force” in Iraq, he reveals the paradoxical connection between the two crises. The U.S. has dropped 8,200 bombs on ISIS targets over the past six months, in furtherance of the agenda of Iran and Iraq’s Shiite militias. At the same time, Obama understands that the U.S. is drawn into a proxy war between Iran and the theocratic kingdom of Saudi Arabia, with bloody consequences in Egypt and beyond. Like the Israelis, the Saudis are deeply worried about any rapprochement, even a de facto one, between the U.S. and Iran.

The unspoken question is whether an arrangement is in the making in which the U.S. and Iran move in parallel paths to both stabilize Iraq and reach a diplomatic settlement over nuclear enrichment.

That’s why peace activists should pay close attention and intervene to oppose the military spiral of escalation on both fronts.

[1] An extremely insightful article in Foreign Affairs says that the emir of the Islamic State, Abu Bakr al Baghdadi, has two deputies: Abu Ali al-Anbari in Syria and Abu Muslim al-Turkmani in Iraq, both of them former generals in Saddam’s former army. Audrey Kurth Cronin, “ISIS Is Not a Terrorist Group”, Foreign Affairs, Mar.-April 2015, p. 87

2 Responses to Tom Hayden :
It’s time to act against escalation in Iraq and Iran