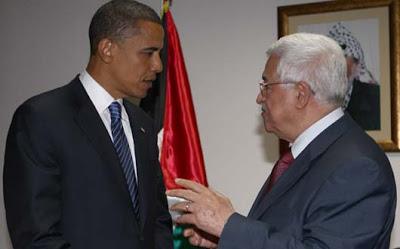 Obama must know that his continuing silence today is more than expedient. It is immoral. And if being moral is not the business of statecraft, he must know that his November 4 election helped cause the Israelis to thunder into Gaza and change ‘the facts on the ground’ before his inauguration. They are afraid of his coming.

Back when Barack Obama was a longshot candidate in the Iowa primary, he was morally candid, saying on March 11, 2007, that “nobody is suffering more than the Palestinian people.” It was one month after the announcement of Obama’s campaign, and the last time he would make such a statement. Three days later, at the AIPAC conference in Washington DC, he was hammered as inexperienced by the New York Times reporter, Patrick Healy, on March 14.

“Less experienced than Mrs. Clinton in the thickets of Jewish and Middle Eastern politics, [Obama] became a bit tangled in the eyes of some voters” at the AIPAC event, Healy commented. After calling himself pro-Israel and endorsing a two-state solution, Obama “pointedly” mentioned the Palestinians. He and Senator Clinton sounded the same themes, Healy wrote, “yet Mr. Obama proved more expansive by bringing up the Palestinians and ruminating on the Holocaust and slavery and on cynicism in politics”, which caused “murmurs” from the audience.

One AIPAC activist, the son of a rabbi and a Hillary fan, was busily “spreading the word at the conference about Mr. Obama’s remarks. ‘It’s just clumsy of him to say that on the eve of the AIPAC conferences.”

While the Obama staff was trying to put up a small speaker’s platform, Mrs Clinton “wanted a big moment…to counteract the curiousity factor and showmanship of Mr. Obama…There was Israeli music on the sound system, there was a sign with Mrs. Clinton’s name in Hebrew, and there were campaign banners and balloons, and a video showing her at work.”

It’s possible to defend Obama’s retreat to a safe pro-Israel position in 2007, especially if he sat down first with long-time Palestinian friends and supporters in Chicago and explained himself. After all, Bush-Cheney and the neo-conservatives were virtually welded to the Israeli hawks, and Hillary Clinton, who once gave Arafat’s wife a kiss on the cheek, was threatening to obliterate Israel’s enemies. Obama would be a fresh start.

But Obama must know that his continuing silence today is more than expedient. It is immoral. And if being moral is not the business of statecraft, he must know that his November 4 election helped cause the Israelis to thunder into Gaza and change “the facts on the ground” before his inauguration. They are afraid of his coming.

He must know that this Israeli offensive is the ultimate effort of the neo-conservatives, with consenting Democratic silence, to wrest a victory in the Middle East. It’s bad enough that William Kristol has gained a coveted columnist’s role at the New York Times; worse is Kristol’s propaganda offensive for the Israelis, claiming that Israel will do Obama a favor by knocking off Hamas. Shamelessly, Kristol adds that this victory will come on top of America’s “success” in Iraq.

Yes, it is difficult to understand much less endorse the apparent Hamas strategy. Knowing what was ahead, they might have taken a disciplined position from October to November of not giving Israel any excuse, any provocation, that could bring the crisis to boil in the interlude between November and the inauguration.

They could have started a diplomatic offensive of their own. Those were their decisions. But it is foolish to ignore and deny, as many do, the deliberate policies of the Israelis and the US to overturn the outcome of the democratic elections that brought Hamas to power.

It is immoral to squeeze the whole Gaza population into collective suffering by the blockade. It is impossible to “destroy” Hamas without guaranteeing the rise of another Palestinian resistance movement, just as Hezbollah was born in the ashes of Lebanon in 1982. And it is simply not true that negotiations between implacable adversaries must be considered forever off the table. As a Hamas spokesman wrote this week, discussions with former President Jimmy Carter have been “a refreshing exchange”, despite Carter’s vocal differences with Hamas. [LAT, Jan. 6, 08] As Obama pointed out in his campaign, it is simple to talk with allies, the point of diplomacy is to talk with enemies or strangers.

Obama is in a process of being cornered, not unlike the efforts to push John Kennedy into the Cuban quagmire in 1961, or the tactics of Richard Nixon to keep Saigon from agreeing to negotiations in 1968.

He is being cornered by his party, too. It is hardly constructive that Sen. Harry Reid said this week that “I think this terrorist organization, Hamas, has got to be put away.” [NYT, Jan. 5, 08] Where are the voices of the Progressive Caucus or Out of Iraq Caucus? Is it possible for Obama to take a stronger position than his own party leaders? Not likely, even though a Rasmussen poll shows a large percentage of Democratic voters supporting diplomatic rather than military approaches.

The silence, Obama must know, is extremely costly. As the bombs fall on Gaza children and civilians, his credibility comes under greater question. The bright promise of moral leadership is sullied and squandered, along with the potential of America’s ability to be an even-handed diplomatic mediator. As January 20 approaches, he will have to make a lonely decision, the first of many, to remember his 2007 words about Palestinian suffering and his campaign pledge to talk unconditionally with adversaries.