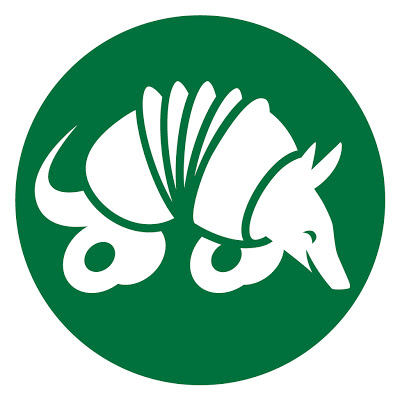 The dying ‘Dillos of Austin:
A morality play for changing times

It’s not that we’re going to miss the cute little “’Dillo” buses very much when the last two lines are finally eliminated from Austin streets in about a month. Inside those quaint green shells the seats were made of wooden slats and the shocks were made of empty promises. Hitting a pothole in one of those things was a crude lesson in the collision of image vs. reality. God forbid you should step up into that contraption after a hard day, because it would surely crunch your spine, smack your eardrums, and spike your headache down hard down between your shoulder blades. Farewell ‘Dillo bus. You were the perfect sign of giddy times.

On the other hand, ‘Dillos ran free of charge and created jobs. Last year the free fares were killed off. This year when the last two ‘Dillo routes go down, they will take 15 jobs with them. In the zoology of the 2009 economy, ‘Dillos in the streets of Austin are like canaries in coal mines. Their end is a warning of imploding budgets, rising unemployment, and threats of public service cuts for all.

By tradition, the Capital Metro budget discussion is a blitz. The late September approval deadline is fixed far in advance and the budget-reveal date is snapped open like a jack-in-the-box not very many weeks before that. This well-planned mockery of public accountability is another fine sign of the times. Very quickly over the next few weeks all kinds of relationships will be re-adjusted to fit a budget crisis that the public will have not much time to think about.

Fascism is a hard word, and I wouldn’t want to declare that it is upon us, but as times get harder fascist will be the term most likely to fit when describing a system designed to run upon a series of stampeded mobs. If there is no adjustment to expand the time or opportunity for public input in time of crisis, then all near-term adjustments will bend us in the fascist direction, where concepts of vested interest are kept tidy and trimmed.

Fortunately for us, the metaphor of the ‘Dillo den brings us into the center of a city with an activist heart. As the Capital Metro board of directors meets on Monday to close the ‘Dillos down, there will be a demonstration and press conference outside the Capital Metro headquarters to make claims about a wide range of assumptions and priorities that should be used during the budget adoption blitz.

The street action has been jointly announced by Amalgamated Transit Union Local 1091 (ATU) and the Bus Riders Union — ATX (BRUA).

“This year, although the official unveiling of the budget is Monday, Capital Metro said in June that they needed to raise fares and cut service to offset a 5% shortage in sales tax revenue,” explains BRUA’s Glenn Gaven in a Sunday email. “On Friday night they backed off of the new fare hike.”

“This leaves the service cuts,” explains Gaven. “Again they have already said it will be 3%. This has cost transit workers 13 jobs already. It will cost the passengers 3% of their available service. This will affect those lonely souls who get up at ungodly hours to go to work the most.

“Metro raised fares last fall and explicitly said that the revenue would go toward expanding service — to ‘grow the system’ — and offsetting high fuel prices. Fuel prices are back to normal (in today’s dollars about as cheap as ever except those few weeks after gulf war one when prices dipped to sub one dollar.) So the expansion of service, while it might have been an allusion to train service, turns out to be an illusion.

“So even though we are pleased that the new, higher fare hike is supposedly off the table, we are still going to protest the service cuts,” says Gaven. “In hard times, transit is very important to workers and job seekers. In polluted times it is the best to quickly turn around emission trends. We are also protesting the waste and mismanagement that seems to never end.” 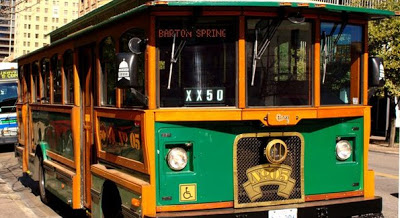 ‘Dillo photo from Austin Decider.
The ATU is also coming into the budget blitz with preparations, having co-hosted a planning session with BSUA last Saturday at ATU local headquarters. ATU local president Jay Wyatt has led the union for decades and has demonstrated the collective ability of workers to execute a strike when needed. This is no small achievement in the heart of Texas where so-called “right to work laws” make it difficult to form or keep union power.

As a sign of feistiness at the ATU local, several of its complaints against unfair labor practices have been accepted for a federal hearing in October. The union alleges that a few of its members were fired for participating in last November’s strike and that transit workers who refused to strike were given wristwatches by management.

Two days after the November 2008 strike, management admits that it “allowed” the installation of surveillance cameras at the Austin facility for StarTran services, one of three major labor contractors for Capital Metro. But StarTran denies charges by ATU that the surveillance cameras have been used to monitor union activity.

StarTran’s denials of unfair labor practices are being represented by lawyers from the prestigious law firm Bracewell and Giuliani — and yes, that would be Rudy’s last name. As ATU local president Jay Wyatt has pointed out, these lawyers cannot come cheap and their expenses are ultimately taken out of public funds raised by Capital Metro. Furthermore, notes Wyatt, if unions are going to pursue charges of unfair labor practices they have to be prepared to fund the kind of legal expertise that can defeat Bracewell and Giuliani before federal adjudicators. Given the expenses involved in fighting unfair labor practices, management can use them tactically in a war of attrition, provoking claims for the purpose of draining union funds.

In order to grant some relief against the use of legal fees, Secretary of the Capital Metro board, Mike Manor last week proposed a board resolution that would mandate the use of free, public negotiators during contract impasses.

“Be it resolved,” says the proposed resolution, “that if in the future there is indication that a union strike is forthcoming due in effect to budget parameters and policies set forth by the Board and/or President/CEO, the use of outside legal fees be limited as a now former mayor and State Senator/CAMPO Chair Kirk Watson on behalf of and representing community stakeholder interests have assisted at no charge in mediating two impasses in recent years.

“As an option to incurring ongoing, unknown costly legal fees in the future,” continues Manor’s resolution, “the Board and President/CEO are encouraged to proactively confer and utilize at no cost the City of Austin’s Mayor (the largest contributor of sales tax) and Senator Watson’s services for mediating, advisory and/or consultative purposes as indicated with Attorney general opinions sought before the next contract negotiations as to the statutory liabilities and limits of such activities as Texas is a non-union strike State;”

In a memo to the Capital Metro board on August 26, Manor suggested a total of fourteen resolutions. The first one would have the board promise not to cut services where riders are “transit dependent.” By Capital Metro’s own estimation, “51% of the riders have no automobies.”

Manor’s second resolution asks that the budget gap of $4 million for the coming year be taken out of the budgeted $6.6 million for a rail system — a 60 percent reduction. His third resolution seeks to cap the “operating expense” portion of the rail budget at a level equal to its ability to bring in income, which is projected to be about a half million dollars per year. It looks like the purpose of this resolution is to prevent the rail operation from feeding off of the bus system.

The proposed opening of a transit rail system is already many months behind schedule. Manor’s rail-funding limits follow from lessons learned by the Los Angeles Bus Riders Union, which had to fight hard in order to prevent the capital intensive rail budget from eating off the plate of “transit dependent” bus riders. Rails tend to serve populations who can choose to drive.

The bus vs. rail battles of LA have been chronicled by Eric Mann in an edited collection called “Highway Robbery.” For the past several months Manor has been hosting a “Highway Robbery” book club on a monthly basis.

One of the regular participants at Manor’s book club is a Travis County health official who argues that people are actually dying because of inadequate public transportation. Especially on the East side of Travis County, impoverished populations have been pushed away from Austin city limits by the bubble in real estate speculation.

Developers have been kind enough to offer people affordable housing outside the Austin city limits, but developments have not been required to serve the emerging transportation needs. As a result, transportation dependent populations without transportation have been getting sicker and dying at rates measurably different from populations that have access to bus routes. The rail lines, by the way, do not extend eastward.

In order to ensure transportation access during difficult economic times, Manor’s list of proposals includes free transportation for people with incomes at 300 percent of the federal poverty line. For folks making more money than that, Manor has added possible hardship passes that could offer transportation assistance for six months or so.

As the book “Highway Robbery” reminds us, the history of civil rights in America is very much bound up with the history of transportation. The separate but equal doctrine was born to protect private railroads in the Plessy case. And the Civil Rights Movement was born out of a bus boycott in Montgomery, Alabama.

In any other year the dying ‘Dillos of Austin might weigh in as a little local story about some cute but uncomfortable buses that finally got retired for good reasons. But when you look at the dynamics that the dying ‘Dillos are tied to — the inertias of imploding budgets, unemployment, and service discrimination that will follow them down — the cute little buses are more than winking reminders that for social justice organizers of Austin and the world, the time to get busy is now.