What Will the Candidates Do to End the Unwinnable War on Drugs? 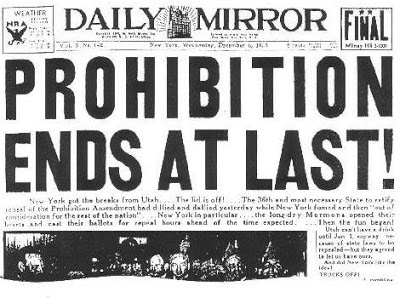 ‘The prohibition of drugs is perhaps the most disastrous policy currently pursued by the US government’
By Johann Hari / August 10, 2008

On January 20th 2009, either the president of the United States will be a man who used to smoke crack, or the First Lady will be a former drug addict who stole from charity to get her next fix. In this presidential campaign, there are dozens of issues that have failed to flicker into the debate, but the most striking is the failing, flailing ‘War on Drugs.’ Isn’t it a sign of how unwinnable this ‘war’ is that, if it was actually enforced evenly, either Barack Obama or Cindy McCain would have to skip the inauguration — because they’d be in jail?

At least their time in the slammer would feature some familiar faces: they could share a cell with Bill Clinton, George W. Bush, and some 46 percent of the US population.

The prohibition of drugs is perhaps the most disastrous policy currently pursued by the US government. It hands a vast industry to armed criminal gangs, who proceed to kill at least excess 10,000 citizens a year to protect their patches. It exports this programme of mass slaughter to Mexico, Colombia and beyond. It has been a key factor in reviving the Taliban in Afghanistan. It squanders tens of billions of dollars on prisons at home, ensuring that one in 31 adults in the US now in prison or on supervised release at any one time. And it has destroyed an entire generation of black men, who are now more likely to go to prison for drug offences than to go to university.

And for what? Prohibition doesn’t stop people using drugs. Between 1972 and 1978, eleven US states decriminalized marijuana possession. So did hundreds of thousands of people rush out to smoke the now-legal weed? The National Research Council found that it had no effect on the number of dope-smokers. None. The people who had always liked it carried on; the people who didn’t felt no sudden urge to start.

So where’s the debate? The candidates have spent more time discussing froth and fancies — how much air is in your tyres? — than this $40bn-a-year ‘war.”

They should be forced to listen to Michael Levine, who had a thirty year career as one of America’s most distinguished federal narcotics agents. In his time, he infiltrated some of the biggest drugs cartels in the world — and he now explains, in sad tones, that he wasted his time. In the early 1990s, he was assigned to eradicate drug-dealing from one New York street corner — an easy enough task, surely? But he quickly learned that even this was physically impossible, given the huge demand for drugs. He calculated that he would need one thousand officers to be working on that corner for six months to make an impact — and there were only 250 drugs agents in the whole city. One of the residents asked him, “If all these cops and agents couldn’t get this one corner clean, what’s the point of this whole damned drug war?”

When Levine penetrated to the very top of la Mafia Cruenza, one of the biggest drug-dealing gangs in the world, he learned, as he puts it, “that not only did they not fear our war on drugs, they actually counted on it… On one undercover tape-recorded conversation, a top cartel chief, Jorge Roman, expressed his gratitude for the drug war, calling it ‘a sham put on the American tax-payer’ that was ‘actually good for business’.” He was right — prohibition is the dealer’s friend. They depend on it. They thrive on it, just as Al Capone thrived on alcohol prohibition. When Levine recounted these comments to his boss — the officer in command of the paramilitary operation attacking South America — he replied, “Yeah, we know [the police and military battles against drug gangs] don’t work, but we sold the plan up and down the Potomac.”

Yet virtually no politicians are exposing this scandal. A rare and heroic exception is Jim Webb, Senator for Virginia. In his brilliant new book Born Fighting, he says “the hugely expensive antidrug campaigns we are waging around the world are basically futile.” He even goes further, and exposes how this intersects with racism to create a monstrous injustice. The ACLU found in 2006 that although the races use drugs at the same rate, black Americans — who comprise 12 percent of the population — make up 74 percent of all drug offenders sentenced to prison.

Webb shows the human cost: “Even as I write these words, it is virtually certain that somewhere on the streets of Washington D.C. an eighteen year-old white kid from the Maryland or North Virginia suburbs is buying a stash of drugs from an eighteen year-old black kid. The white kid is going to take that stash back to the suburbs and make some quick money by selling it to other kids.” He will grow up and grow out of it, and one day — as a wealthy professional — he will “look back on his drug use just as recreational and joke about it… just one more little rebellion on the way to adulthood.”

But the black kid “will enter a hell from which he may never recover.” He is likely to be arrested, and to go to prison. “Prison life will change the black kid, harden him, mess up his mind, and redefine his self-image. And after he is released from prison, the black kid will be dragging an invisible ball and chain behind him for the rest of his life… By the time the white kid reaches fifty years of age, he may well be a judge. By the time the black kid reaches fifty, he will likely be permanently unemployable, will be ineligible for many government assistance programmes, and will not even be able to vote.” Barack Obama only narrowly missed this fate. He would not be the Great Black Hope he deserves to be; he wouldn’t even be allowed to cast a ballot in 2008.

Of course, ending drug prohibition may seem impossible now. But in 1924, even as vociferous a wet as Clarence Darrow was in despair, writing that it would require “a political revolution” to legalise alcohol in the US. Within a decade, it was done.

Johann Hari has reported from Iraq, Israel/Palestine, the Congo, the Central African Republic, Venezuela, Peru and the US, and his journalism has appeared in publications all over the world. The youngest person to be nominated for the Orwell Prize for political writing, in 2003 he won the Press Gazette Young Journalist of the Year Award and in 2007 Amnesty International named him Newspaper Journalist of the Year. He is a contributing editor of Attitude magazine and published his first book, God Save the Queen?, in 2003.

2 Responses to What Will the Candidates Do to End the Unwinnable War on Drugs?