Alan Waldman :
‘Foyle’s War’ is a smart English mystery series set during and just after WWII 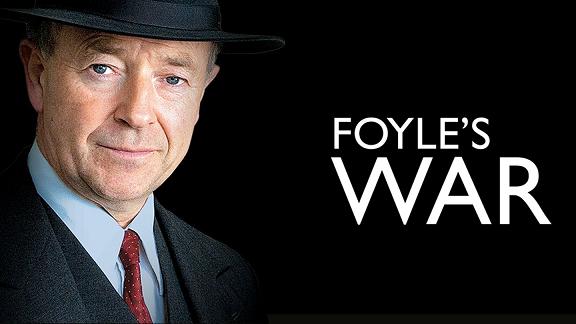 Set in the South English coastal town of Hastings during World War II, and in London shortly thereafter, Foyle’s War is a compelling crime drama that follows police inspector Christopher Foyle and his team as they solve a range of military and civilian crimes.

Eight seasons and 25 episodes have aired from 2003-2013. The series was cancelled in 2007, but was brought back by positive public demand and a number of complaints about the cancellation. It continued to be a ratings and critical success. Another season of three episodes is scheduled.

Eight seasons and 25 episodes of Foyle’s War are available on Netflix and Netflix Instant streaming, including this one.

The strong cast is led by Michael Kitchen, Honeysuckle Weeks, and Anthony Howell. Creator Sir Anthony Horowitz, O.B.E. wrote 28 episodes and has been chosen to pen the next James Bond 007 novel.

At Internet Movie Database (imdb.com), more than 94% of viewers gave Foyle’s War thumbs-up, and more than 38% rated it a perfect 10. It was very strong with all demographics, but strongest with people 45 and older.

Chief Superintendent Foyle, assisted by his driver Samantha Stewart (Weeks) and Detective Sergeant Paul Milner (Howell), attempts to catch assorted criminals who are taking advantage of the confusion the war has created.

Foyle, a widower, is quiet, methodical, sagacious, and scrupulously honest, yet he is frequently underestimated by his foes. Many of his cases concern profiteering, the black market, and murder 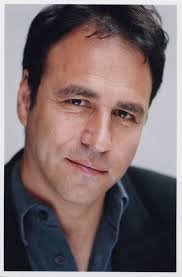 Foyle is portrayed as very open-minded for a man of his time. He expresses compassion upon learning that one of his son’s friends is homosexual and distaste for prosecuting an attempted suicide. (Homosexual activity and suicide were criminal offenses at the time.) He is also reluctant to harass a left-wing activist purely for his political views. He alone opposes the imposition of a temporary color bar in Hastings when tensions erupt amongst black and white U.S. troops.

In episode 23 Foyle returns to England and is pressured into joining MI5, where his wartime driver Sam, now married to a Labor politician, joins him as a junior clerk.
The series is notable for its attention to historical detail and the drama is frequently moved along by historical events of World War II. The Imperial War Museum is credited in an advisory capacity in some episodes.

The show has aired throughout Africa and in China, Rumania, Russia and many other countries.

Sir Anthony Horowitz has written six episodes of Midsomer Murders, nine episodes of Poirot and episodes of 23 other series. Michael Kitchen has 115 film and TV credits, including Out of Africa, My Week With Marilyn, Goldeneye, Dalziel & Pascoe, and A Touch of Frost. He won the Best Actor BAFTA for starring in To Play the King. And Honeysuckle Weeks has appeared in Poirot and The Inspector Lynley Mysteries.

This is a very enjoyable series, particularly for those interested in history.

3 Responses to Alan Waldman :
‘Foyle’s War’ is a smart English mystery series set during and just after WWII