The aerial bombings and the ongoing ground invasion of Gaza by Israeli ground forces must be analysed in a historical context. Operation “Cast Lead” is a carefully planned undertaking, which is part of a broader military-intelligence agenda first formulated by the government of Prime Minister Ariel Sharon in 2001:

“Sources in the defense establishment said Defense Minister Ehud Barak instructed the Israel Defense Forces to prepare for the operation over six months ago, even as Israel was beginning to negotiate a ceasefire agreement with Hamas.”(Barak Ravid, Operation “Cast Lead”: Israeli Air Force strike followed months of planning, Haaretz, December 27, 2008)

It was Israel which broke the truce on the day of the US presidential elections, November 4:

“Israel used this distraction to break the ceasefire between itself and Hamas by bombing the Gaza strip. Israel claimed this violation of the ceasefire was to prevent Hamas from digging tunnels into Israeli territory.

The very next day, Israel launched a terrorizing siege of Gaza, cutting off food, fuel, medical supplies and other necessities in an attempt to “subdue” the Palestinians while at the same time engaging in armed incursions.

In response, Hamas and others in Gaza again resorted to firing crude, homemade, and mainly inaccurate rockets into Israel. During the past seven years, these rockets have been responsible for the deaths of 17 Israelis. Over the same time span, Israeli Blitzkrieg assaults have killed thousands of Palestinians, drawing worldwide protest but falling on deaf ears at the UN.” (Shamus Cooke, The Massacre in Palestine and the Threat of a Wider War, Global Research, December 2008)

On December 8, US Deputy Secretary of State John Negroponte was in Tel Aviv for discussions with his Israeli counterparts including the director of Mossad, Meir Dagan.

“Operation Cast Lead” was initiated two days day after Christmas. It was coupled with a carefully designed international Public Relations campaign under the auspices of Israel’s Foreign Ministry.

Hamas’ military targets are not the main objective. Operation “Cast Lead” is intended, quite deliberately, to trigger civilian casualties.

What we are dealing with is a “planned humanitarian disaster” in Gaza in a densely populated urban area. (See map below)

The longer term objective of this plan, as formulated by Israeli policy makers, is the expulsion of Palestinians from Palestinian lands:

“Terrorize the civilian population, assuring maximal destruction of property and cultural resources… The daily life of the Palestinians must be rendered unbearable: They should be locked up in cities and towns, prevented from exercising normal economic life, cut off from workplaces, schools and hospitals, This will encourage emigration and weaken the resistance to future expulsions” Ur Shlonsky, quoted by Ghali Hassan, Gaza: The World’s Largest Prison, Global Research, 2005)

A turning point has been reached. Operation “Cast Lead” is part of the broader military-intelligence operation initiated at the outset of the Ariel Sharon government in 2001. It was under Sharon’s “Operation Justified Vengeance” that F-16 fighter planes were initially used to bomb Palestinian cities.

“Operation Justified Vengeance” was presented in July 2001 to the Israeli government of Ariel Sharon by IDF chief of staff Shaul Mofaz, under the title “The Destruction of the Palestinian Authority and Disarmament of All Armed Forces”.

“A contingency plan, codenamed Operation Justified Vengeance, was drawn up last June [2001] to reoccupy all of the West Bank and possibly the Gaza Strip at a likely cost of “hundreds” of Israeli casualties.” (Washington Times, 19 March 2002).

According to Jane’s ‘Foreign Report’ (July 12, 2001) the Israeli army under Sharon had updated its plans for an “all-out assault to smash the Palestinian authority, force out leader Yasser Arafat and kill or detain its army”.

The “Bloodshed Justification” was an essential component of the military-intelligence agenda. The killing of Palestinian civilians was justified on “humanitarian grounds.” Israeli military operations were carefully timed to coincide with the suicide attacks:

The assault would be launched, at the government’s discretion, after a big suicide bomb attack in Israel, causing widespread deaths and injuries, citing the bloodshed as justification. (Tanya Reinhart, Evil Unleashed, Israel’s move to destroy the Palestinian Authority is a calculated plan, long in the making, Global Research, December 2001, emphasis added)

Reserve General Meir Dagan was Sharon’s national security adviser during the 2000 election campaign. The plan was apparently drawn up prior to Sharon’s election as Prime Minister in February 2001. “According to Alex Fishman writing in Yediot Aharonot, the Dagan Plan consisted in destroying the Palestinian authority and putting Yasser Arafat ‘out of the game’.” (Ellis Shulman, “Operation Justified Vengeance”: a Secret Plan to Destroy the Palestinian Authority, March 2001):

“As reported in the Foreign Report [Jane] and disclosed locally by Maariv, Israel’s invasion plan — reportedly dubbed Justified Vengeance — would be launched immediately following the next high-casualty suicide bombing, would last about a month and is expected to result in the death of hundreds of Israelis and thousands of Palestinians. (Ibid, emphasis added)

The “Dagan Plan” envisaged the so-called “cantonization” of the Palestinian territories whereby the West Bank and Gaza would be totally cut off from one other, with separate “governments” in each of the territories. Under this scenario, already envisaged in 2001, Israel would:

“negotiate separately with Palestinian forces that are dominant in each territory-Palestinian forces responsible for security, intelligence, and even for the Tanzim (Fatah).” The plan thus closely resembles the idea of “cantonization” of Palestinian territories, put forth by a number of ministers.” Sylvain Cypel, The infamous ‘Dagan Plan’ Sharon’s plan for getting rid of Arafat, Le Monde, December 17, 2001)

The Dagan Plan has established continuity in the military-intelligence agenda. In the wake of the 2000 elections, Meir Dagan was assigned a key role. “He became Sharon’s “go-between” in security issues with President’s Bush’s special envoys Zinni and Mitchell.” He was subsequently appointed Director of the Mossad by Prime Minister Ariel Sharon in August 2002. In the post-Sharon period, he remained head of Mossad. He was reconfirmed in his position as Director of Israeli Intelligence by Prime Minister Ehud Olmert in June 2008.

Meir Dagan, in coordination with his US counterparts, has been in charge of various military-intelligence operations. It is worth noting that Meir Dagan as a young Colonel had worked closely with defense minister Ariel Sharon in the raids on Palestinian settlements in Beirut in 1982. The 2009 ground invasion of Gaza, in many regards, bear a canny resemblance to the 1982 military operation led by Sharon and Dagan.

Continuity: From Sharon to Olmert 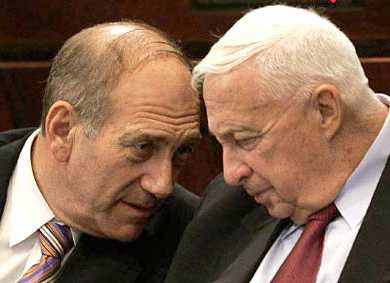 It is important to focus on a number of key events which have led up to the killings in Gaza under “Operation Cast Lead”:

1. The assassination in November 2004 of Yaser Arafat. This assassination had been on the drawing board since 1996 under “Operation Fields of Thorns”. According to an October 2000 document “prepared by the security services, at the request of then Prime Minister Ehud Barak, stated that ‘Arafat, the person, is a severe threat to the security of the state [of Israel] and the damage which will result from his disappearance is less than the damage caused by his existence'”. (Tanya Reinhart, Evil Unleashed, Israel’s move to destroy the Palestinian Authority is a calculated plan, long in the making, Global Research, December 2001. Details of the document were published in Ma’ariv, July 6, 2001.).

Arafat’s assassination was ordered in 2003 by the Israeli cabinet. It was approved by the US which vetoed a United Nations Security Resolution condemning the 2003 Israeli Cabinet decision. Reacting to increased Palestinian attacks, in August 2003, Israeli Defense Minister Shaul Mofaz declared “all out war” on the militants whom he vowed “marked for death.”

“In mid September, Israel’s government passed a law to get rid of Arafat. Israel’s cabinet for political security affairs declared it “a decision to remove Arafat as an obstacle to peace.” Mofaz threatened; “we will choose the right way and the right time to kill Arafat.” Palestinian Minister Saeb Erekat told CNN he thought Arafat was the next target. CNN asked Sharon spokesman Ra’anan Gissan if the vote meant expulsion of Arafat. Gissan clarified; “It doesn’t mean that. The Cabinet has today resolved to remove this obstacle. The time, the method, the ways by which this will take place will be decided separately, and the security services will monitor the situation and make the recommendation about proper action.” (See Trish Shuh, Road Map for a Decease Plan, www.mehrnews.com November 9 2005 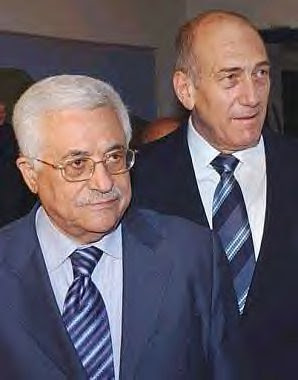 The assassination of Arafat was part of the 2001 Dagan Plan. In all likelihood, it was carried out by Israeli Intelligence. It was intended to destroy the Palestinian Authority, foment divisions within Fatah as well as between Fatah and Hamas. Mahmoud Abbas is a Palestinian quisling. He was installed as leader of Fatah, with the approval of Israel and the US, which finance the Palestinian Authority’s paramilitary and security forces. 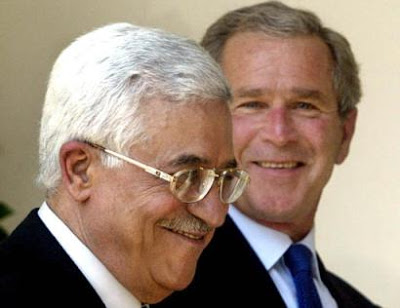 2. The removal, under the orders of Prime Minister Ariel Sharon in 2005, of all Jewish settlements in Gaza. A Jewish population of over 7,000 was relocated.

“It is my intention [Sharon] to carry out an evacuation – sorry, a relocation – of settlements that cause us problems and of places that we will not hold onto anyway in a final settlement, like the Gaza settlements…. I am working on the assumption that in the future there will be no Jews in Gaza,” Sharon said.” (CBC, March 2004)

The issue of the settlements in Gaza was presented as part of Washington’s “road map to peace”. Celebrated by the Palestinians as a “victory”, this measure was not directed against the Jewish settlers. Quite the opposite: It was part of the overall covert operation, which consisted in transforming Gaza into a concentration camp. As long as Jewish settlers were living inside Gaza, the objective of sustaining a large barricaded prison territory could not be achieved. The Implementation of “Operation Cast Lead” required “no Jews in Gaza”.

3. The building of the infamous Apartheid Wall was decided upon at the beginning of the Sharon government. (See Map below). 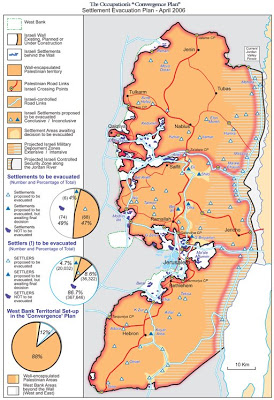 4. The next phase was the Hamas election victory in January 2006. Without Arafat, the Israeli military-intelligence architects knew that Fatah under Mahmoud Abbas would loose the elections. This was part of the scenario, which had been envisaged and analyzed well in advance.

With Hamas in charge of the Palestinian authority, using the pretext that Hamas is a terrorist organization, Israel would carry out the process of “cantonization” as formulated under the Dagan plan. Fatah under Mahmoud Abbas would remain formally in charge of the West Bank. The duly elected Hamas government would be confined to the Gaza strip.

On January 3, Israeli tanks and infantry entered Gaza in an all out ground offensive:

“The ground operation was preceded by several hours of heavy artillery fire after dark, igniting targets in flames that burst into the night sky. Machine gun fire rattled as bright tracer rounds flashed through the darkness and the crash of hundreds of shells sent up streaks of fire. (AP, January 3, 2009)

Israeli sources have pointed to a lengthy drawn out military operation. It “won’t be easy and it won’t be short,” said Defense Minister Ehud Barak in a TV address.

Israel is not seeking to oblige Hamas “to cooperate”. What we are dealing with is the implementation of the “Dagan Plan” as initially formulated in 2001, which called for:

“an invasion of Palestinian-controlled territory by some 30,000 Israeli soldiers, with the clearly defined mission of destroying the infrastructure of the Palestinian leadership and collecting weaponry currently possessed by the various Palestinian forces, and expelling or killing its military leadership. (Ellis Shulman, op cit, emphasis added)

The broader question is whether Israel in consultation with Washington is intent upon triggering a wider war.

Mass expulsion could occur at some later stage of the ground invasion, were the Israelis to open up Gaza’s borders to allow for an exodus of population. Expulsion was referred to by Ariel Sharon as the “a 1948 style solution”. For Sharon “it is only necessary to find another state for the Palestinians. -‘Jordan is Palestine’ – was the phrase that Sharon coined.” (Tanya Reinhart, op cit)